Last week, Kashif sent out an email inviting folks out to eat. He was sad to have missed our last group outing, and suggested a place he liked a great deal: Pita Inn.

It’s not often that Kashif sends out an invite, so it was a rare occasion indeed. James had also made mention of this fine establishment, so that’s two solid recommendations. 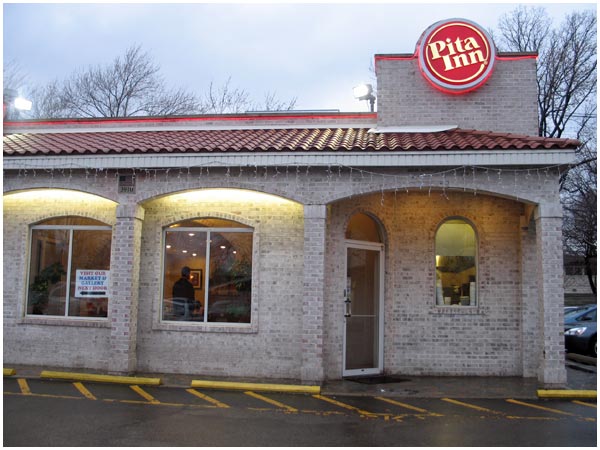 To be honest, on the car ride up… we were all a little wary. We (Chris, Ben, Justin and me) were driving out to Skokie, to eat at a place called Pita Inn? Most of us were familiar with the goodness that is Sultan’s Market, so we were a little wary. 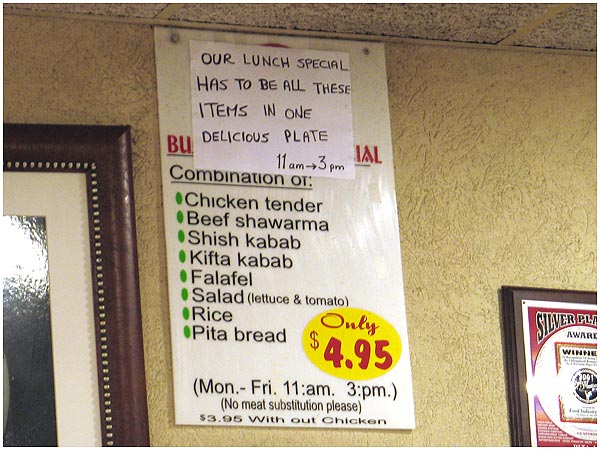 On walking up to order, I saw this delicious sign… and any/all doubts were assuaged. 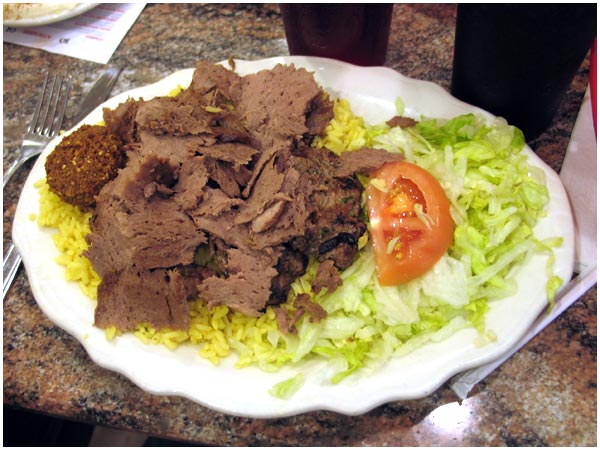 I ordered the Combination Feast, which included Shish Kabob, Kifta Kabob, Shawarma and Falafel served with rice pilaf, salad and home made pita. I had never had Kifta before, and I think this is a new favorite.

I was amazed at the prices. I spent a bit more getting the combo plate, but the sheer amount of food you get, given what you pay is ridiculous. 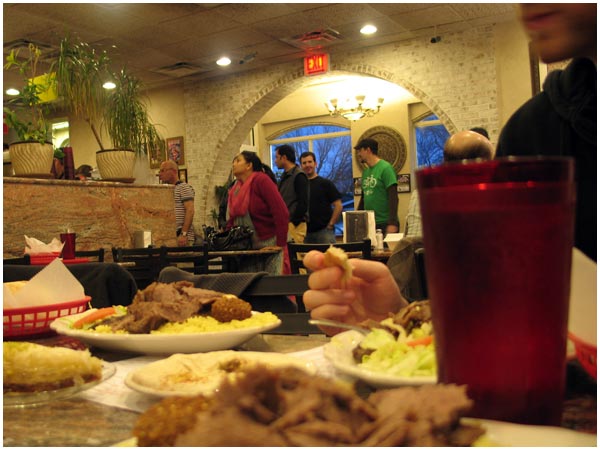 Seated at the table, looking over at James and Ben in line. I think we showed up at just the right time, as the place really started to fill up shortly after we arrived. 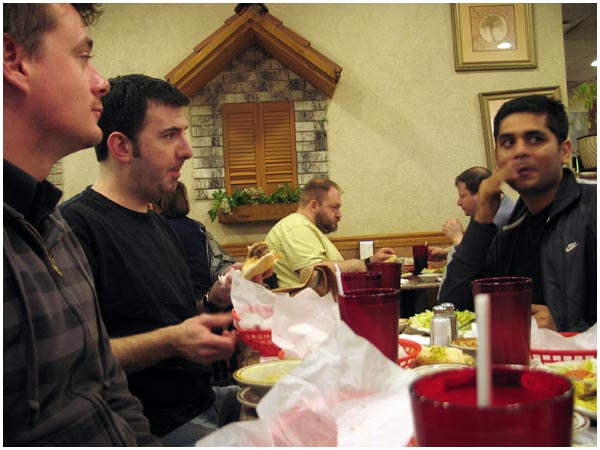 We spent a good while at the dinner table talking, exchanging stories, and laughing a good deal. It’s been a long while since I’ve had those deep, belly laughs that make you tear up a bit… so tonight was a nice evening out. And in some ways, a bit of a guys’ night out, too. A lot of fun stories involving canoes, driving in reverse, and Kevin Bacon. Good times. 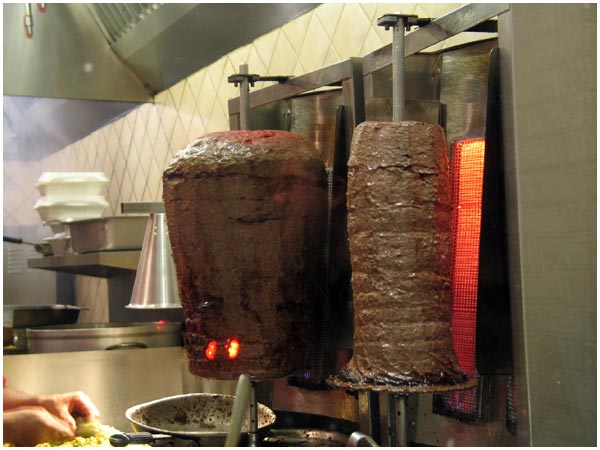 Outside the front door, looking in to the kitchen. I stood here watching one of the cooks prepare falafel and the whole process (him filling up a scoop, leveling it off with a knife) was incredibly hypnotic.

Great, great food and a really wonderful time. It’s good to have coworkers you like hanging out with.