Lisa is in town, visiting this week… and tonight we had plans to meet up with her for dinner. Liz was hanging out with her during the late afternoon, and a surprise turned up: Jake got a hold of some Cubs tickets.

He was only able to land three, so the three of them headed out to the game (I relaxed a bit at home, and had an important meeting betwen my ass and the couch). I got a few text messages during the game, and went out to meet everyone at Guthrie’s (it’s somewhat near Wrigley Field, on Addison) for a post-game drink. 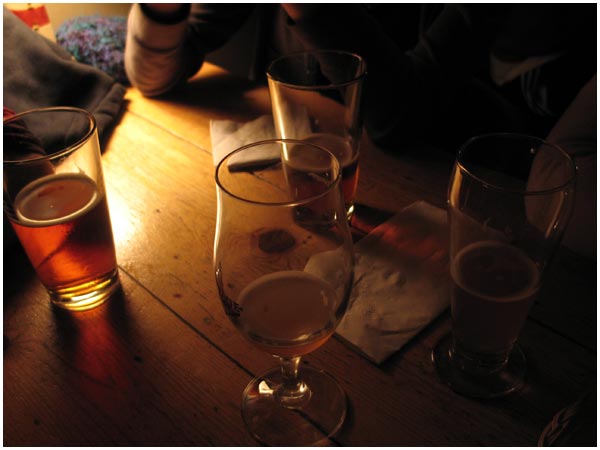 Breaking the diet rules a bit, and having beer. 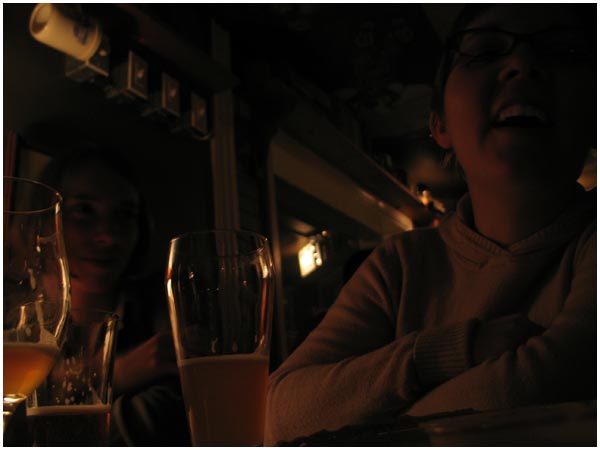 It was fairly dark near the front of the bar (and getting more and more crowded, the longer we were there). Rather than break out the flash, I took a few low-light photos. L to R it’s Lisa and Liz (who caught me trying to be sneaky with the camera). 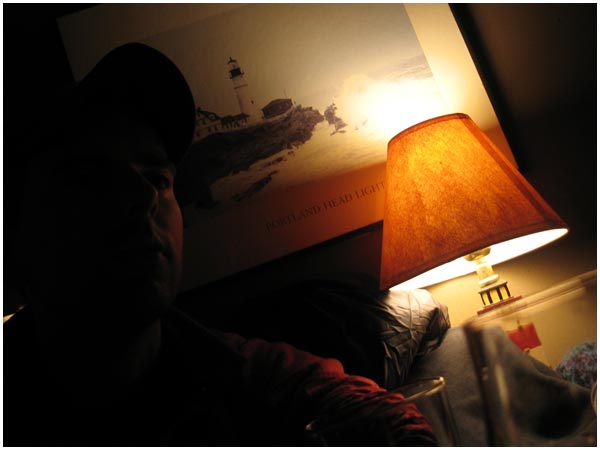 Jake, observing the crowds at Guthrie’s. They were playing all manner of old school 80’s metal, and when Appetite for Destruction came on… I was reminded of how much Jake (and James) like GnR. I was also reminded of the GnR pinbal game from the Pinball Expo last year, and found out Jake is also a huge pinball fan (there’s apparently a Pinbot machine at his dad’s house, in the basement). Next time the expo comes around, I think Jake wants in.

A nice, quick evening out tonight. I was pretty low energy earlier, and debated staying at home as my usual homebody self is prone to do. I’m glad I ventured out though – it was nice being out and about for an evening, and reminded me of how much Liz and I normally stay in. Since we’ve been doing a lot of cooking at home for South Beach, and since we’re not often out at the bars much… tonight was a nice exception to the rule.