Prior to the big birthday party for grandma, Liz and I headed over to the Indianapolis Zoo for the morning. Despite a really frustrating 20+ minutes circling the parking lot looking for a space, the rest of the morning was a ton of fun. 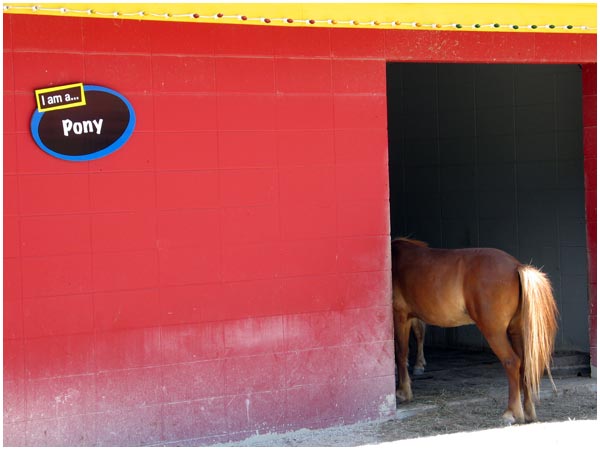 I love this rear shot. 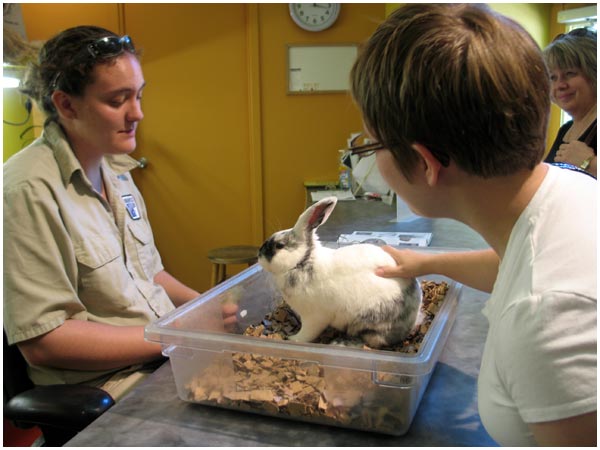 Liz, getting friendly with a bunny. 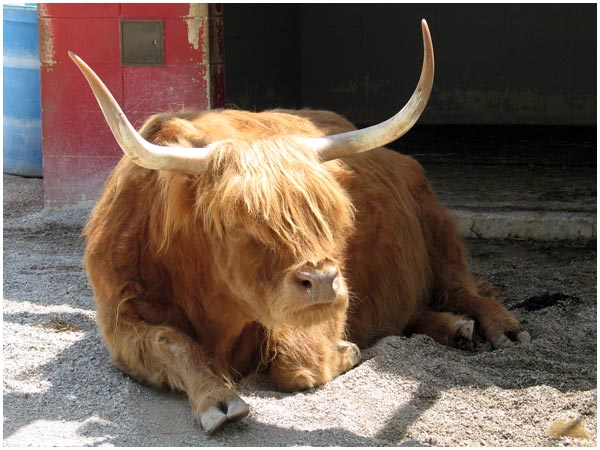 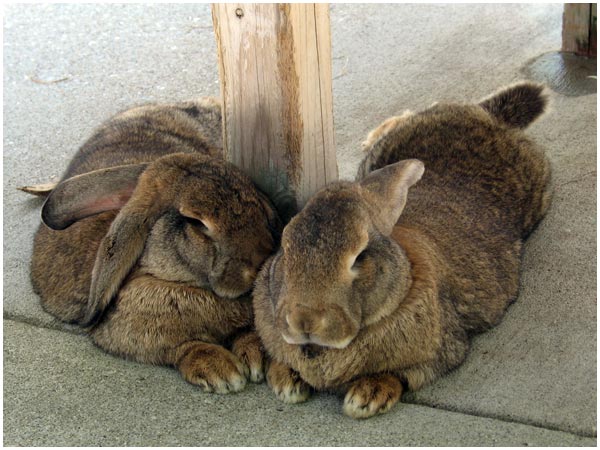 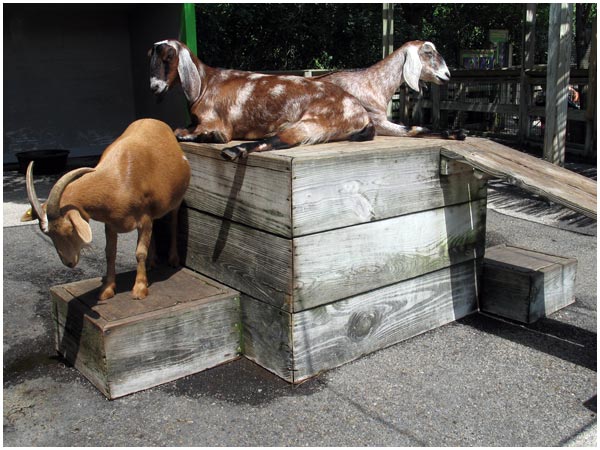 Some goats at the petting area – they were all incredibly docile, and totally well behaved. 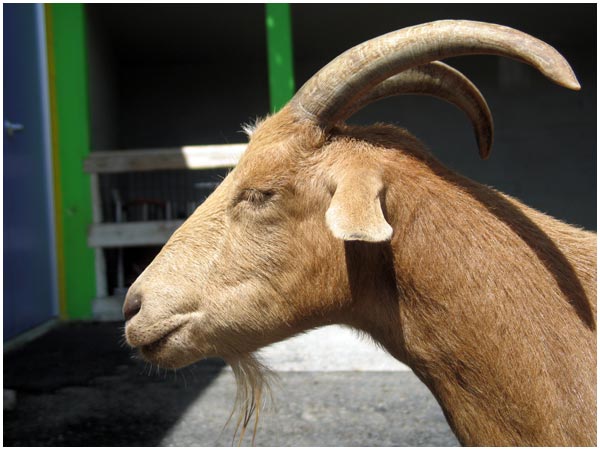 Side view of Mr. Goat. 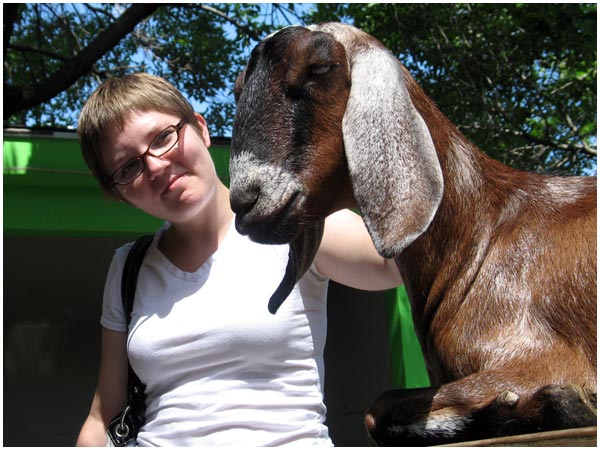 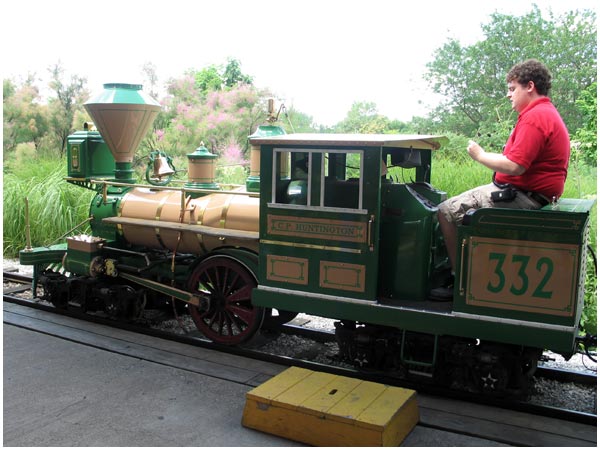 I have to confess – I insisted that we ride the train. In hindsight, it was nowhere near worth the $4.50 we spent on tickets… but it satisfied the burning desire I had to ride a train. 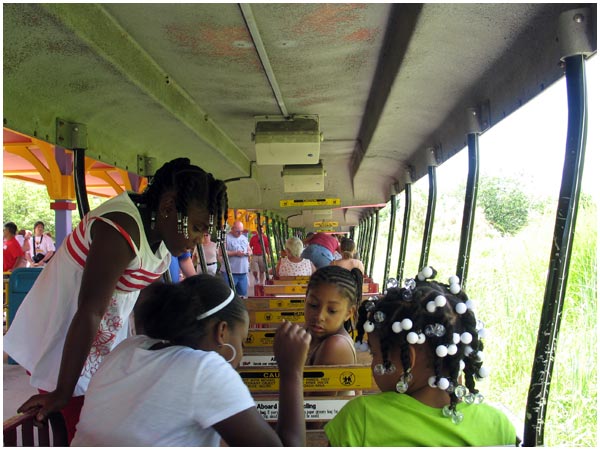 On boarding, Liz and I took the last seat in the last car. 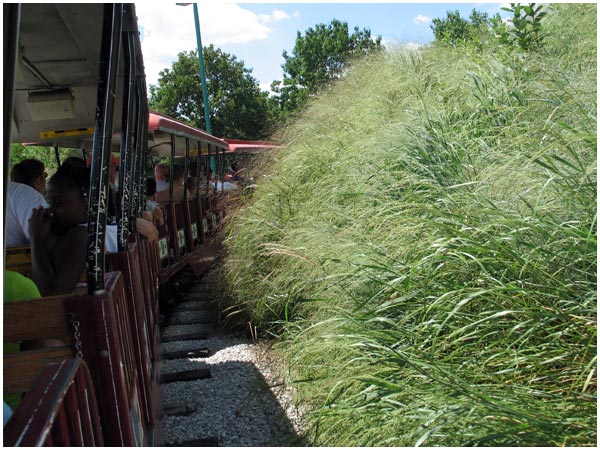 Much of the ride was like this – lots of foliage, a not a lot else to look at. 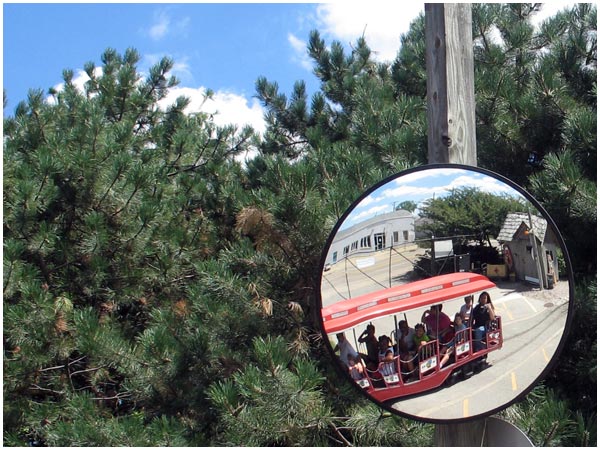 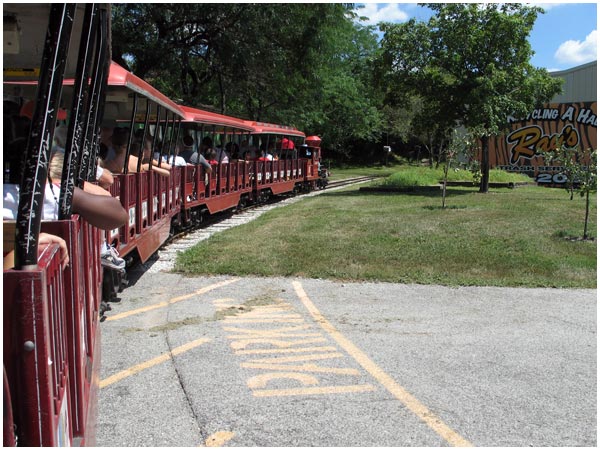 Again, this is about the peak of the excitement level on the train ride. 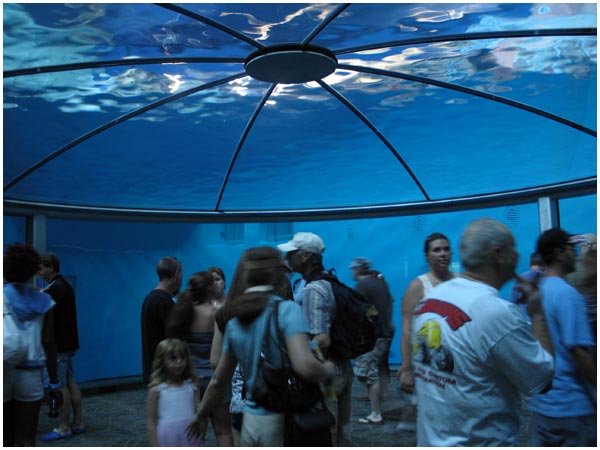 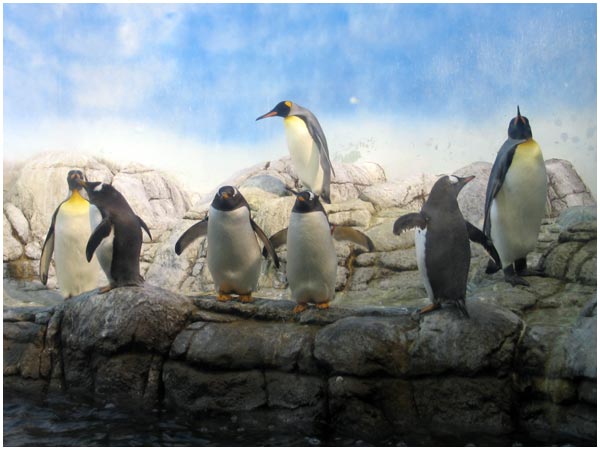 A few of the penguins, leaning back and cooling off with the AC. 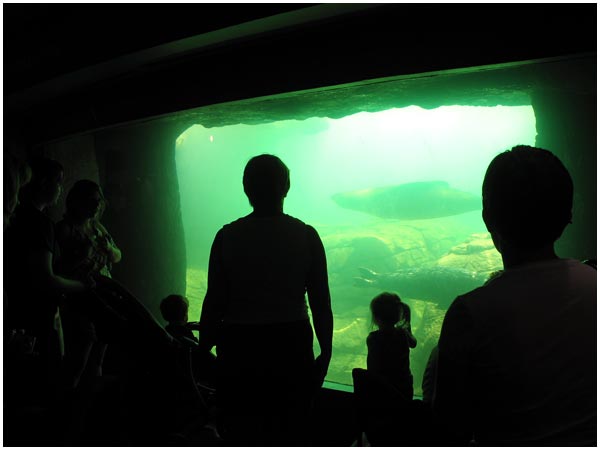 A dark view of the seal tank, underground. 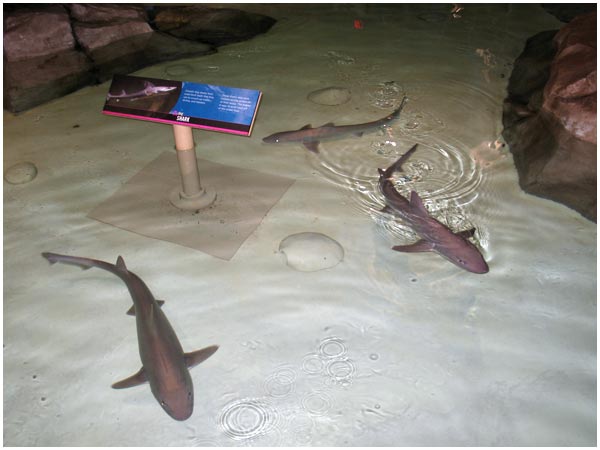 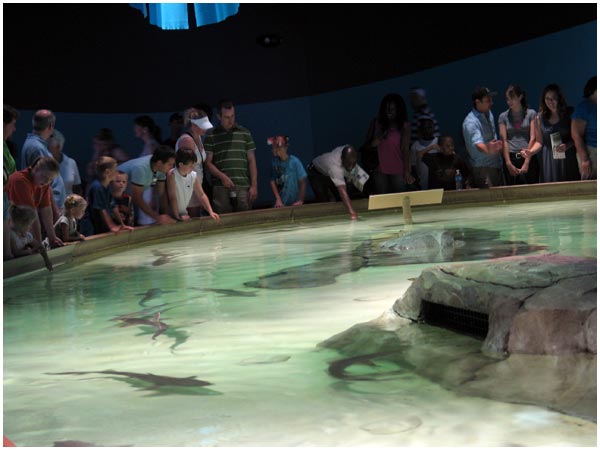 This tank was very shallow (maybe 2 feet deep at the most), and everyone was able to stick their hands in and pet the baby dog sharks just swimming around.

We were told to keep our hands out, as the sharks would sense them and try to avoid them. Visitors were encouraged to only use two fingers, and to avoid the fins and tails.

It took me a while to finally work up the courage to stick my hand in. It was fighting instinct, as it just didn’t seem like a smart idea to thrust your hand in front of shark (even IF they were babies). The whole time, I kept thinking that I’d be the one exception, that when I stuck my hands in… they’d bite into my fingers like a big Kit-Kat bar.

Petting sharks was pretty spectacular and pretty nerve-wracking, all at the same time.