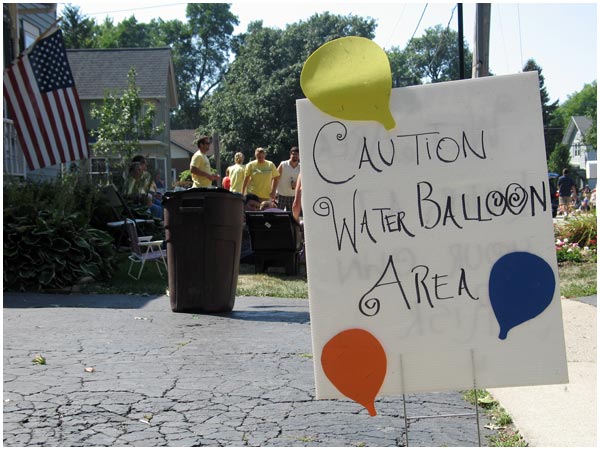 My absolute favorite part of the entire Frankfort Fall Festival: the Waterballoon War. Darryl had never been before, so he, Liz and I all went over to the perimeter, near the official “end” of the parade.

In talking to various folks nearnby, we got conflicting reports. Some said the rivalry between the North Side and the South Side (where we were standing) had been going on for 5 years. Other said ten. And one person cited 20 years.

In talking with Bob later on in the evening, he felt the waterballoon war had been going on at least 10 years. Regardless of its history, it seems to get just a little bigger each and every year. 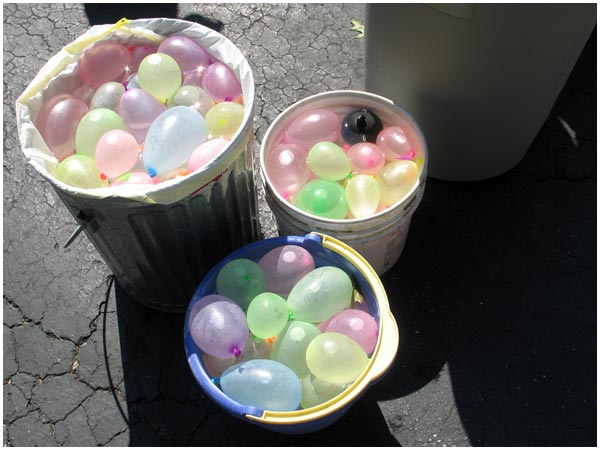 South Side stockpile. I wonder if the water is meant to chill the balloons (thus making it shock the other side more), or if it’s just to help prevent them from heating up and popping, under the sun. 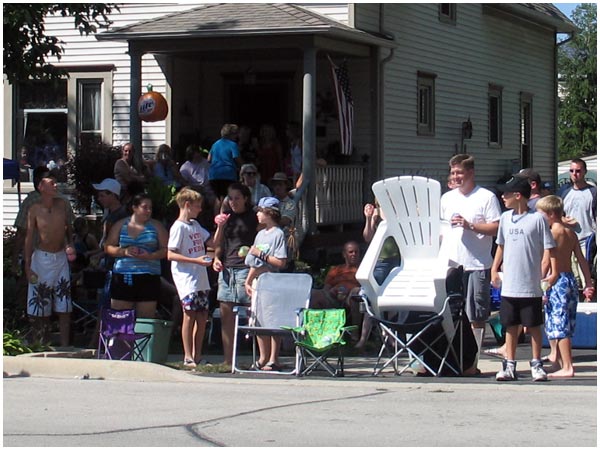 This is partly what I meant about the escalation: check out the guy with the white chair/shield. It’s hard to tell, but he’s also got a supply of waterballoons at his feet as well. 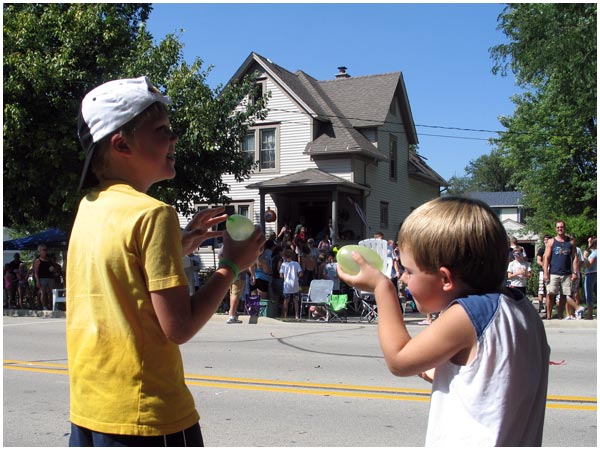 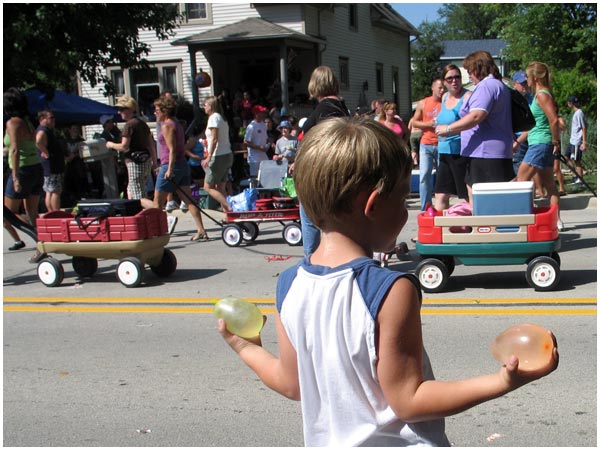 I love this pose. At this point in time, the parade is still going… and you can just feel everyone itching to get started. 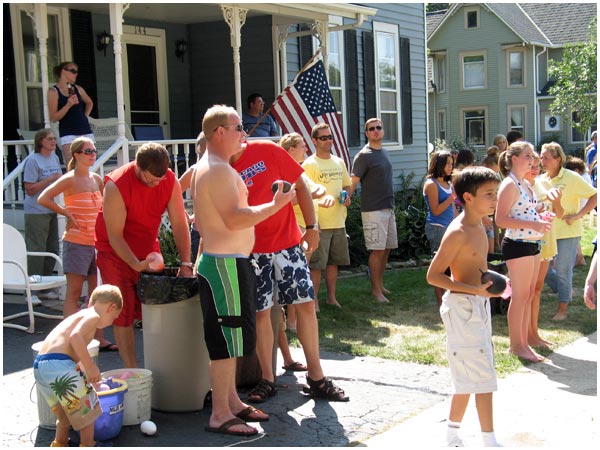 Everyone slowly getting their ammo, kids… 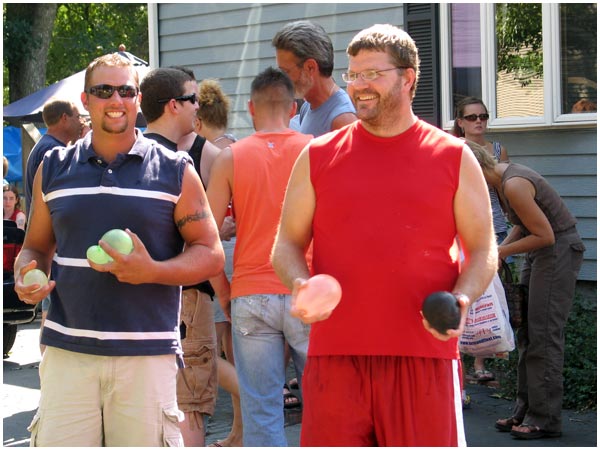 …as well as adults. 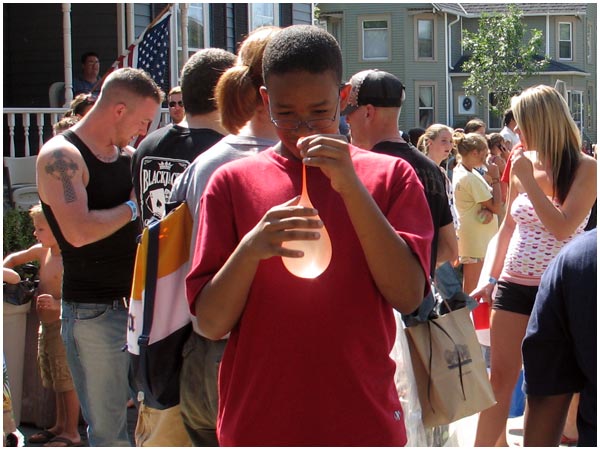 And then it’s on! In the video below, I get hit pretty quickly after the start. You can hear Darryl’s voice telling me to “watch out.” Throughout the entire event, I was busy shooting… but every once in a while, I’d hear Darryl yell “look out, look out” and I’d duck. Pretty fun stuff.

I didn’t catch his initial speech, but the guy dressed up like the English Bobby was the one who officially “started” the war. He addressed both sides, and asked if people couldn’t just get along with one another. As an interesting FYI, the guy dressed up is none other than my dentist, Dr. Heath. Small town! 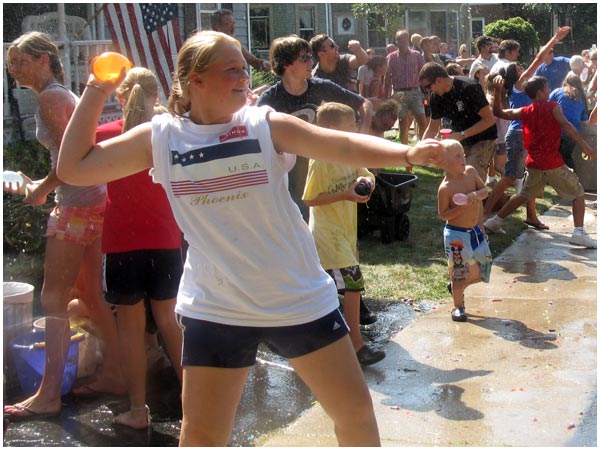 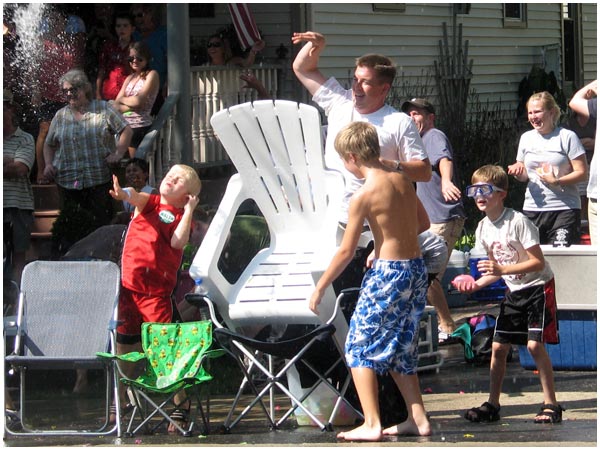 The kid with the goggles is just fantastic. I totally didn’t even see this until after I started processing the photos. 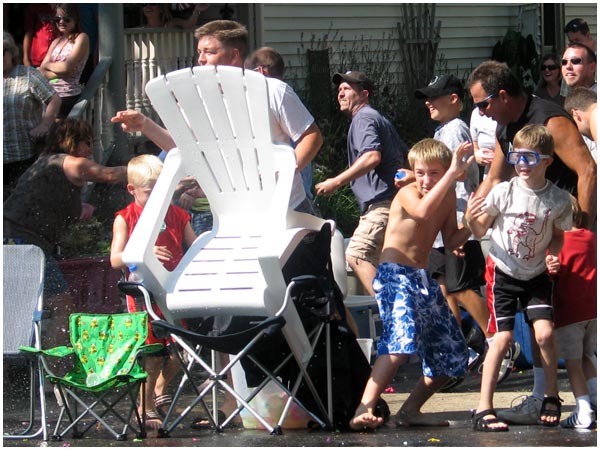 The North Side chair/shield in action. 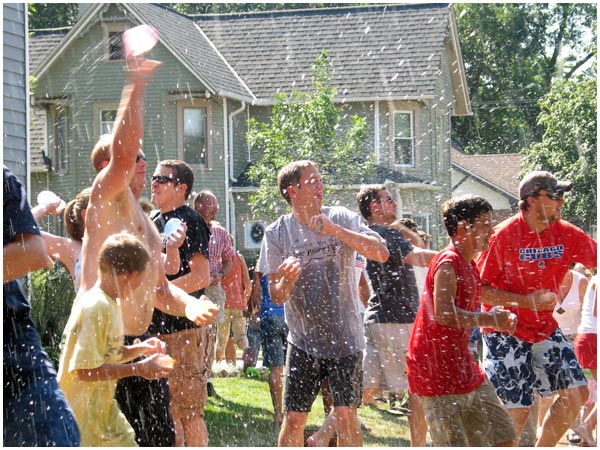 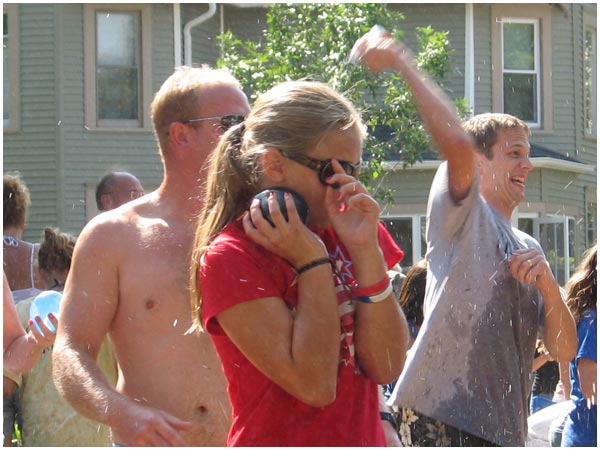 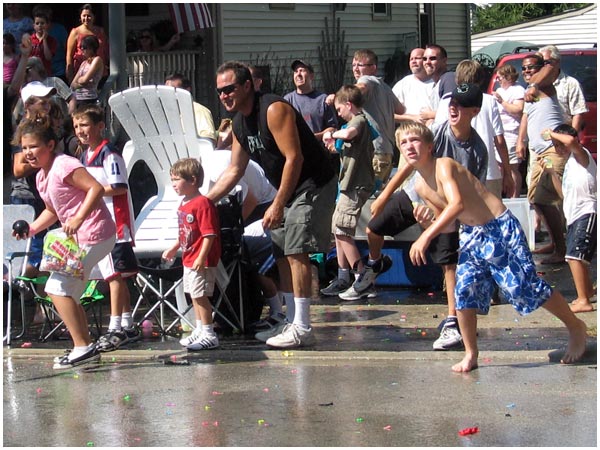 The looks on people’s faces is what I love most about this war. 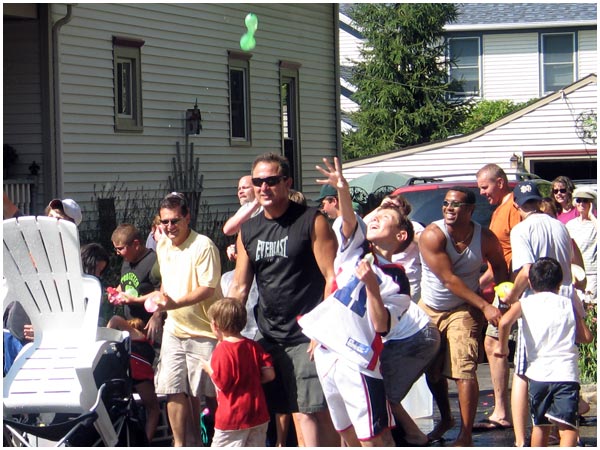 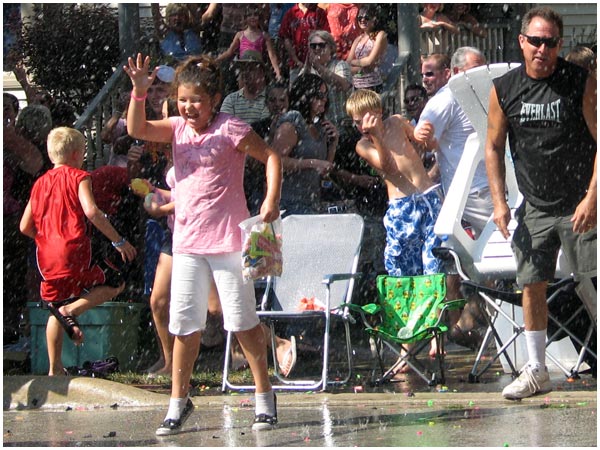 There are many reasons why this little girl rocks. First of all, she’s right up front, totally exposed and in the fray. Second – she’s still clutching a bag of candy in one hand. 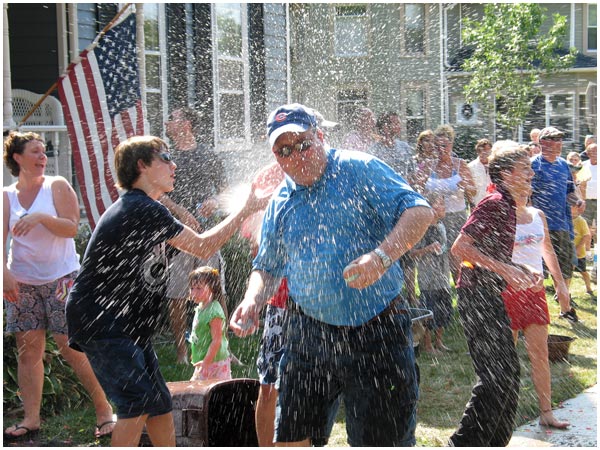 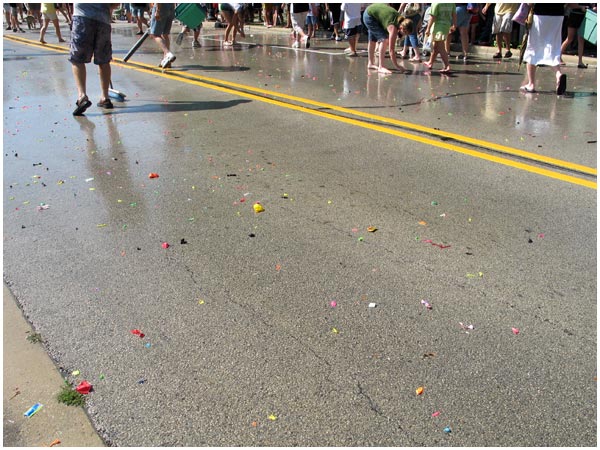 And… the aftermath. For as much damage/litter that’s done, there were folks with brooms and blowers immediately after the “all clear” signal was made.