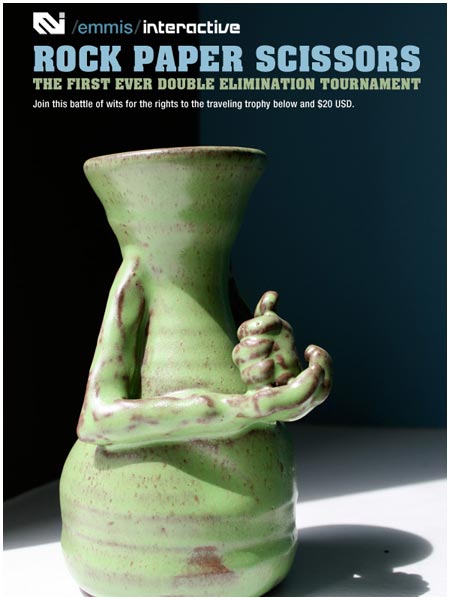 Shortly before 11AM today, this graphic went out to everyone at work.

Today, after a lengthy and long-drawn-out process… we determined the winner for the First Ever Double Elimination Rock Paper Scissors Tournament. Many months ago, the process got started… then it dropped off. And very recently, we had a resurgence that saw everyone finishing out their battles to bring us to this moment: two finalists, side by side.

On the one hand it’s AJ, representing Affiliate Relations. On the other side, it’s Eddie representing the Developers. A classic battle, if ever there was one. 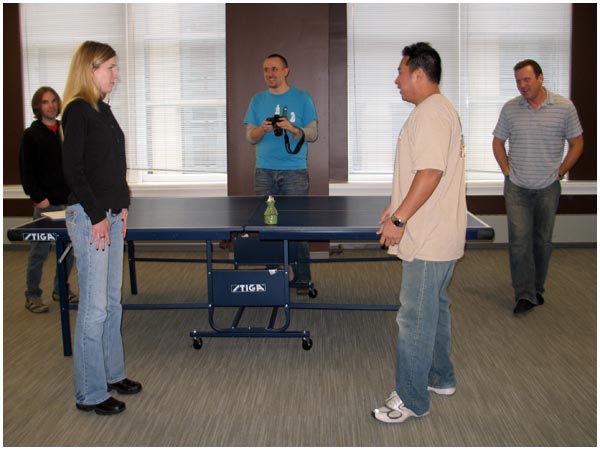 AJ and Eddie, lining up toe to toe, ready to determine who will be the ultimate RPS champion. Because our process used a double-elimination bracket, AJ emerged the victor from the losers (2nd) bracket and Eddie was undefeated. For AJ to win, she had to beat Eddie twice; for Eddie to win, he only had to win once. Each “round” consisted of a best-of-three attempts. 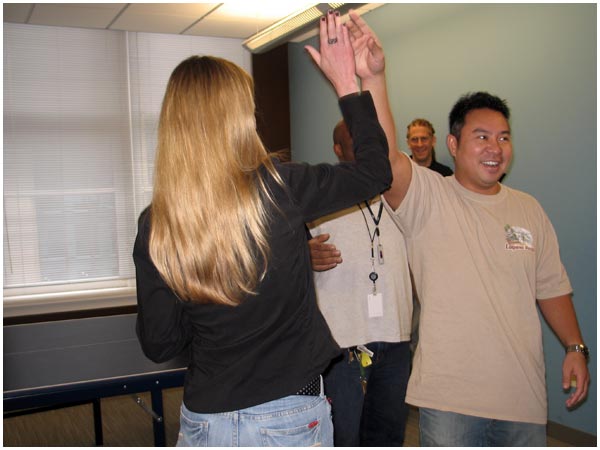 After the Rocks and Papers and Scissors are all thrown, it’s all about the high fives. 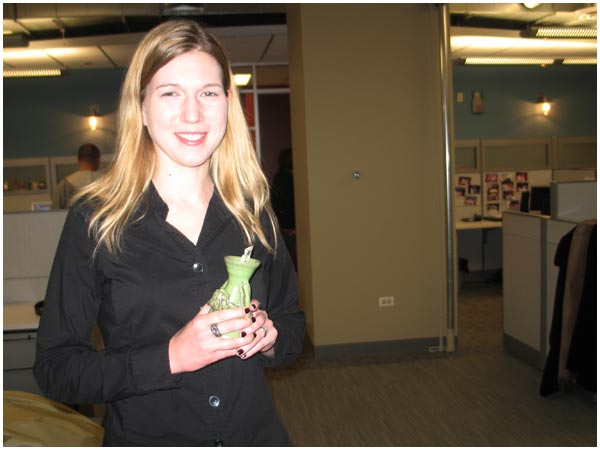 AJ, holding the coveted trophy (and a small cash prize to boot). This photo is pretty washed out, so check out some of the great shots that Ben took.