Friends for Eight Years, Meeting for the First Time

I’ve known my friend Jay for many years now. We first met each other maybe 8 years or so ago, back in the days of an old (now-defunct) Flash forum called We’re Here. This was WAY back in the day, circa 2001 or so, when there were really only a handful of Flash forums: were-here.com and flashkit.com.

Jay went by the online nickname of Mr. Grumpy, and I went by the online name of Portnoy. We met up not in the actual Flash forums proper, but in a few offshoot threads where people were gathering to talk about Unreal Tournament, and to set up times/servers for multiplayer games.

Jay was someone I ended up talking with a great deal. At the onset, I’d carry on conversations via the forum or via email. Aftera while, he suggested I get an “Instant Messenger” account. At the time (and this was back in 2002 or so), I was resistant. Why, I thought, would I want to install something that would be totally distracting? It didn’t make sense to me.

Of course, I now have a ridiculous number of different IM accounts. And after having worked a ton of all-nighters, having IM allow you to talk to folks is a nice feature (and also lets you chat with folks in Australia or the UK, if you’re up super late).

Over the past few years, as things have gotten busier at work and as my role’s changed, I find myself chatting less and less. Where I used to be able to keep up with friends online, I now barely have time to fire off a few words here and there.

Despite a decided drop in my contact with online friends, I still view many with the same affection and regard I do any of the friends I see, day to day. Which… if you’ve never really hung out on forums or things like that, may seem a bit weird, or not make that much sense.

Having known Jay for about 8 years now, a few nights ago he was in town for a job interview… and we got to meet for the first time. 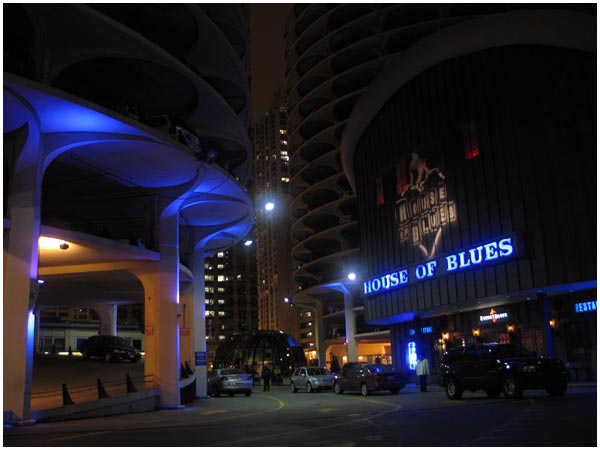 Outside Hotel Sax, right near the Chicago House of Blues. I was briefly reminded of my birthday party at the HOB, as well as seeing Queensrÿche perform here [twice, even]). 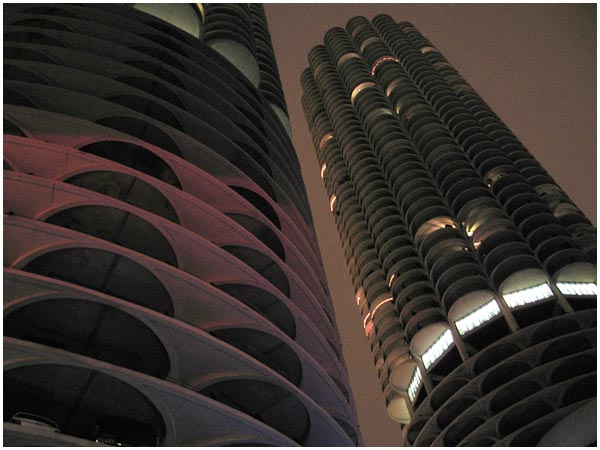 Briefly paused, looking up at the Marina Towers, thinking of Wilco and Yankee Hotel Foxtrot. 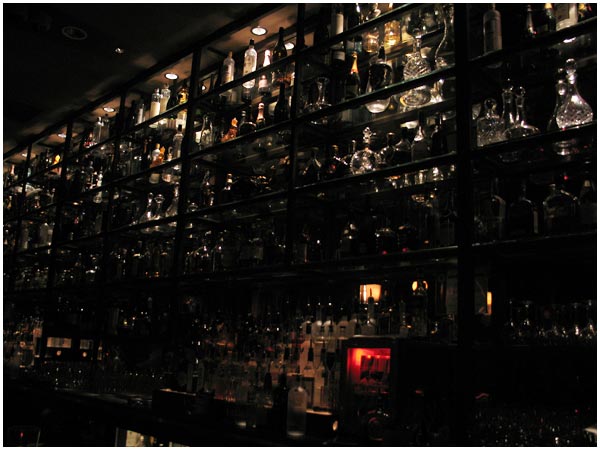 I sat inside the hotel bar for a while, checking messages and such. Jay was flying in for a fairly involved day-long job interview, and didn’t arrive at the hotel until around 9PM or so.

[tangent]
While waiting for Jay, I was sitting near a guy who was pretty obviously drunk. He was trying to make idle banter with the pretty bar server, and kept talking about how much he liked Stone Temple Pilots. The server didn’t really know who they were.

Both sides of the conversation made me feel sad and old.
[/tangent]

When he showed up, Jay pulled up a chair and we settled at the bar for the remainder of the night. While you might think things would be a bit awkward, meeting someone for the first time – in actuality, we have been talking for a really, really long time. We were trying to gauge how long we had known one another, and settled on the 8-year mark.

Though he and I haven’t chatted a lot over IM in a good while, the whole thing felt as easy (and as pleasurable) as catching up with an old friend. You know how with some people, though you might not see or talk to them over the course of months or years… but you talk as though you’re just picking up the conversation from last time… that feeling? Same deal, hanging out with Jay. It’s like we more or less just picked up from where we last left off.

We talked shop a good deal, comparing our jobs and work life. We talked a bit about the other folks we know, other online friends we’ve met. We were all over the place, in terms of topics. And throughout the night, standup guy that he is, Jay refused to let me buy my own drinks (mostly because we met on my birthday). And on overhearing this bit of news, the servers also did a few rounds of shots with us to celebrate. 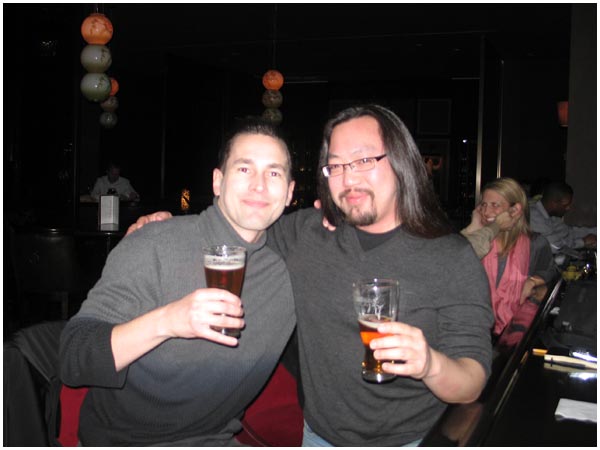 Here’s a photo taken by the previously mentioned pretty bar server. It’s a bit into the evening, and I was sporting the asian flush, as you can see.

I have to say, getting to finally meet Jay was a great thing. Even in writing this, it boggles me that we’ve known one another, been friends with one another for so long… and this evening was the first time we actually met, face to face.

If you get a chance, check out his portfolio. I always viewed him as someone really versed in Flash, been in a few Flash books, and a great designer to boot. He and a bunch of other folks were doing pretty great Photoshop Tennis battles back in 2002 and 2003, and one of my favorite exchanges was a Flash-based battle that he had with another friend named Rob Havlovick (aka TS7).

Over the years, I’ve talked to him and known him by his online name – Mr. Grumpy. And tonight, it was cool to meet the man in person, to shake hands with and sink a few beers with Jay. A great end to a pretty great day.