A Man and His Tiger: Jackson Blue Line Stop, Chicago 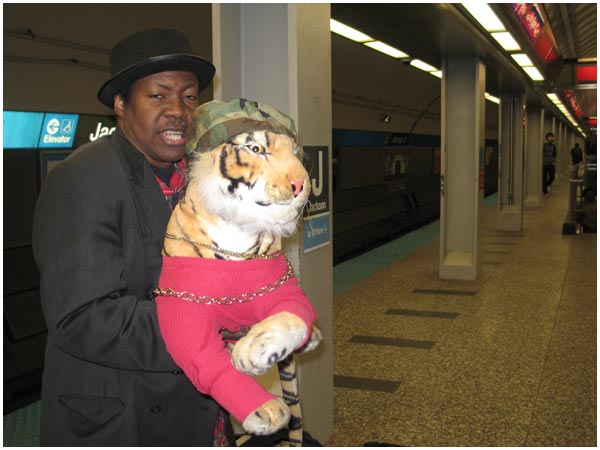 Several times a week, at the Jackson Blue Line stop downtown, there are performers singing or playing instruments, entertaining the crowds to and from their way to work.

I’ve seen Morris (found out his name today) many times, and even mentioned him here once before. While I have heard him sing before, I’ve also heard him do many songs in a spoken style as well.

Though I’ve heard him do a rendition of “Eye of the Tiger” in the past, the presence of an actual tiger made me stop, turn around, and ask to get his photo.

Let me be clear – while I’m not sure how strong his singing is, Morris is a consumate showman. He’s a ham, and is by far one of the hardest working guys I’ve seen at the Jackson stop. There have been many, many days where I’d see him in the morning doing his thing… only to see him yet again, on my way home. I can’t imagine he’s performing the entire day, but he’s putting in his hours, for sure.

Also, though I approached him to ask for his photo, he communicated with me and all the while never missed a beat or broke out of character. Only when I asked his name did he pause a bit, and shake my hand. His response to me was “I change my name everday,” but eventually said his name was Morris. 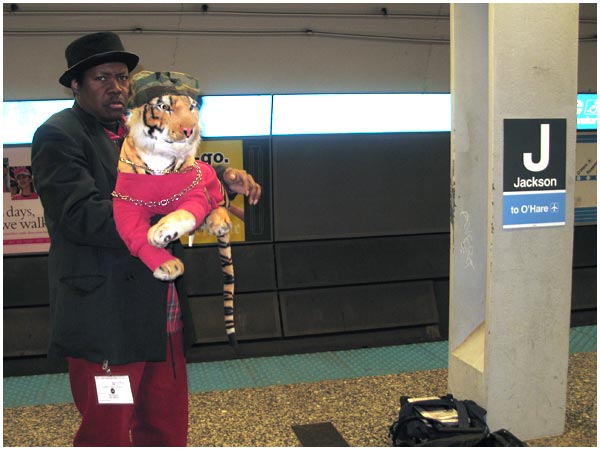 This was moments before he would warn me to stand back because the tiger “hadn’t had any breakfast yet this morning.”

Here’s both, Morris and the Tiger, in action: