Liz Makes Macarons (Which Are NOT the Same as Macaroons)

Macarons (not to be confused with the Macaroon) are a French pastry made from egg whites, almond powder, icing and sugar. 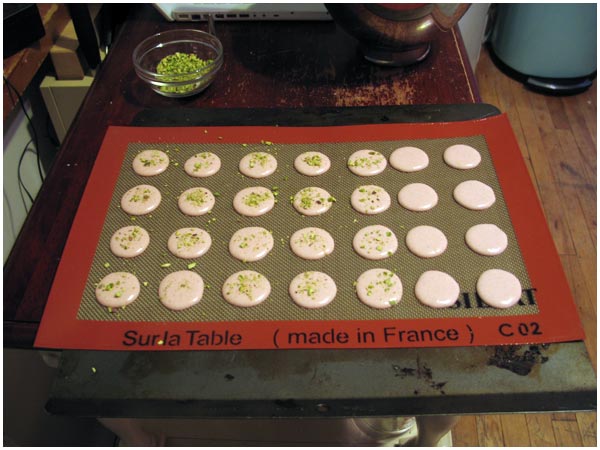 Liz has been wanting to make these for a while now, and has a plan to make them for the wedding. This weekend, she got a ton of supplies (including a fairly fancy-shmancy electric scale and oven gauge for precise weight and baking times). 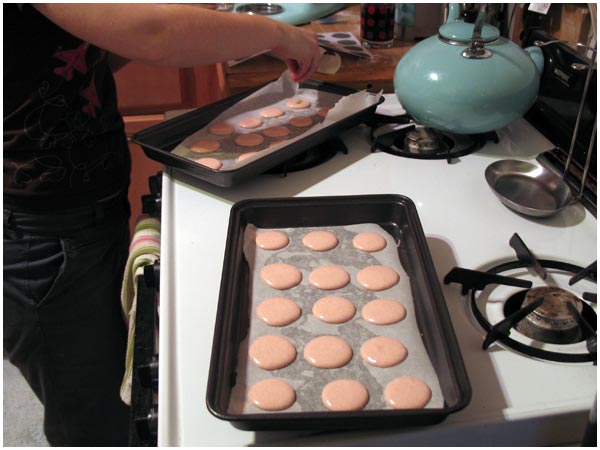 Here’s another shot of some overflows. Each of these circles will end up rising just a bit in the oven, and form one of the two “caps” that make up a macaron. 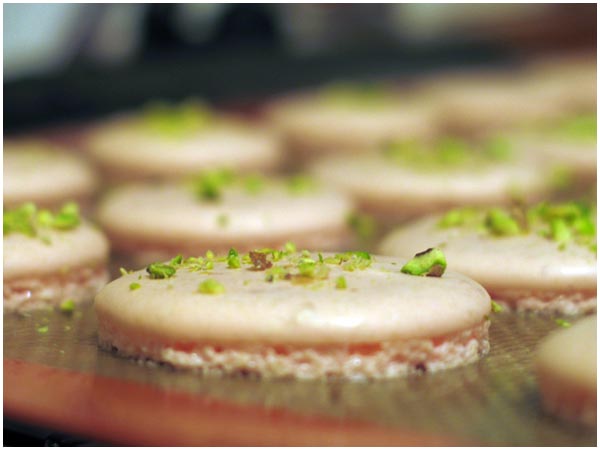 Closeup of one of the macarons, post-oven. I believe that the area just underneath the cap (the area that has pockets of air) is referred to as the “feet.” I might be getting this wrong – Liz knows all this stuff and I’m just trying to do it from memory. 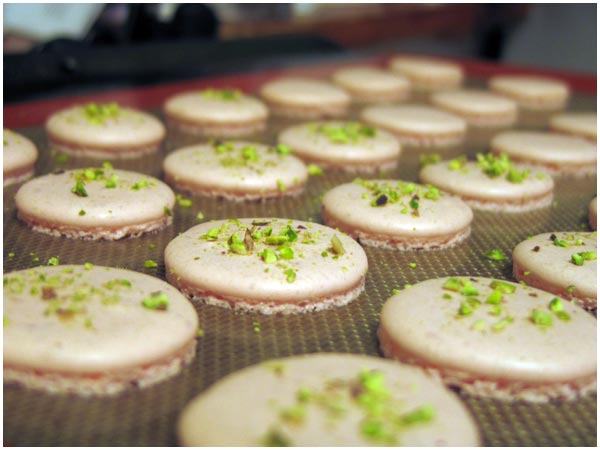 Another shot of all the tops. 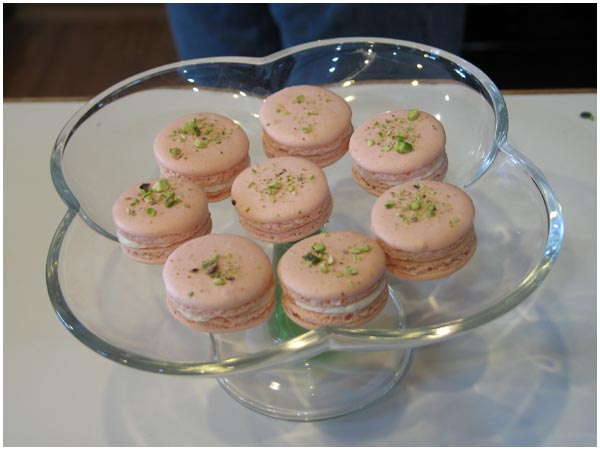 These are from the next day. We were visiting Liz’s folks in Frankfort, and brought them with to share.

Note that the macarons are now put together, with a thin layer of icing and/or ganache between each cap. Liz made her own ganache, but it ended up being a bit more liquid that she liked. So she also made some of the macarons with butter cream.

I’m happy to report that both kinds were fantastic. 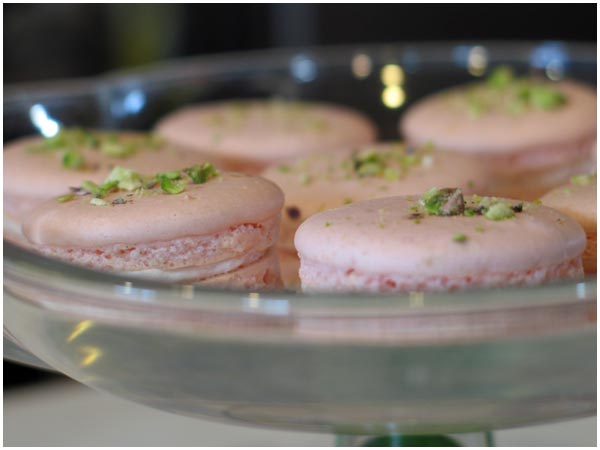 Me, apparently getting way into the macro shots. On top are a sprinkle of pistachios. 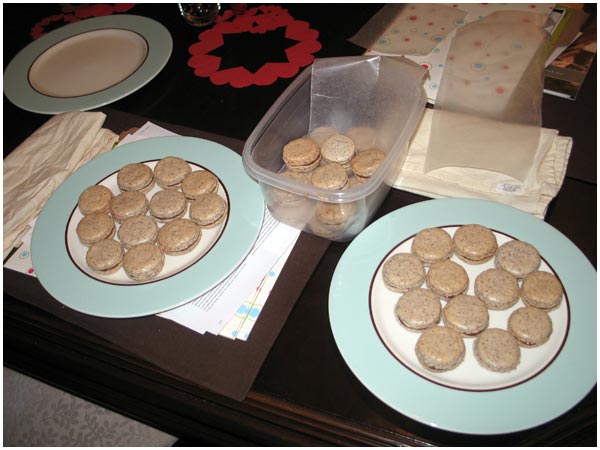 This is taken from a few moments ago. Tonight, Liz made another batch (and did it in like half the time, compared to the first batch). These are hazelnut macarons, with a different filling inside.

Yesterday, on our way over to Justin’s for brunch, we stopped at a nearby bakery called Vanille. We picked up a lot of macarons to share (and to try out). Up until yesterday, Liz hadn’t even ever had a macaron!

As to the bakery’s version – the outside was firm, but not crispy. Saying the exterior has a “skin” is too much, but it’s got a small bit of firmness to it. Underneath that though, the interior is very moist and almost cake-like. Not quite that soft, but very close. And of course, the interior also has icing/ganache.

The many textures that happen as you bite into a good macaron are a great combination. It’s got this hard-soft-softer kind of a thing happening, and there are a wide variety of flavors out there. While the first batch that Liz made were not quite bakery grade (they were a little crunchy and flaky on the outside), they were still great tasting.

I have to say though, that the second batch (the hazelnut) is stellar. They tasted much closer to the bakery version we had, and it’s taken no small amount of willpower to only eat two or three.

To date, I think this has been the most complicated/precise baking project Liz has undertaken. There’s a lot of fluctuation in terms of measurements and oven temperature, and I know that the smallest differences in baking temp/time can greatly influence how things come out. But believe you me – if the macarons are tasting THIS good on Liz’s second attempt… I can’t wait for the third and fourth.