Tasting Cakes for the Wedding: Amy Beck and Cake Girls

Last Thursday, Liz and I went to visit two local cake shops for cake tastings. Believe you me, given all the stuff we’re currently doing to get ready for the wedding… cake tastings fall on the fun/plus side of things.

Unfortunately for me, earlier in the day my stomach started to act up. The very day we went around to taste cakes… I started to come down with some kind of weird late-Winter April flu thing that had me more or less recuperating for the next few days. Blegh.

So while we were tasting an assortment of cakes and icing and filling, I was nursing sips of water and fighting down waves of nausea. It was like getting a tooth-ache on ice cream day. Totally unfair.

The first place we visited was Amy Beck’s, off of Clybourne. Walking in, it was a fairly informal space – there was a table by the main door, and after that small public area… the rest was just one big kitchen.

We walked in and were greeted by the other chefs in the back, working away. 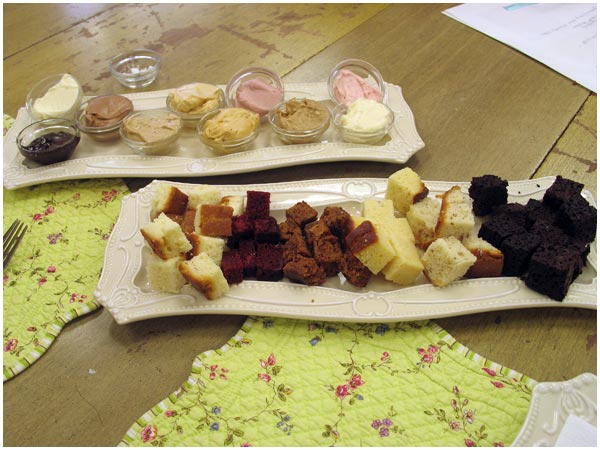 After talking about our reception and reviewing some of the photos Liz brought along, we were given two plates: one filled with cakes and another featuring an assortment of frostings.

For the cakes, L to R it’s vanilla, red velvet, carrot spice, lemon, almond, chocolate bourbon. As to the frostings… I wasn’t taking notes (I was feeling too gross). 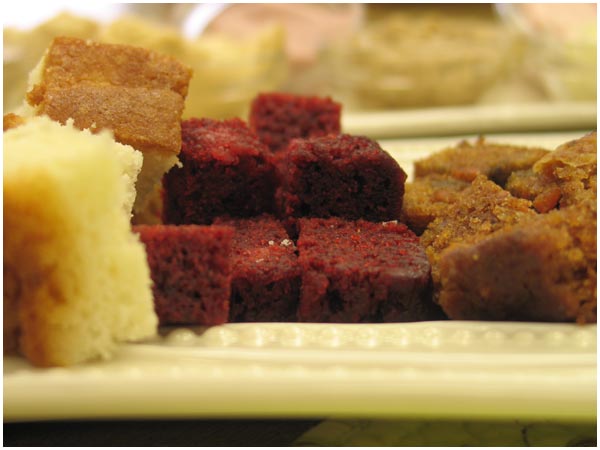 Closeup of the cakes. I’m a big, big fan of red velvet cake. It goes back to my old friend Aaron Miller, whose mom used to make Red Velvet cakes for the kids’ birthdays. I only ever got a slice or two a few times a year, and always loved how rich it was.

However – in testing out cakes for the wedding, red velvet seemed a little too rich and a little too heavy. While I still love it, our worries were that it would just weigh everyone down after the meal – which isn’t something we wanted. 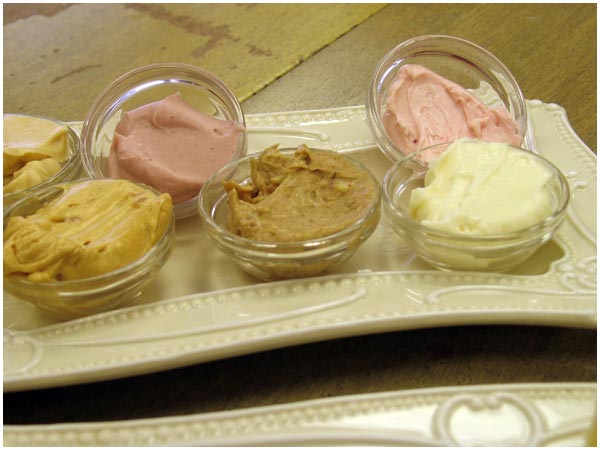 Closeup of the frostings. I think the raspberry and strawberry ended up being favorites. It was funny to see the small cups after we were done with our tasting, as you could easily see which flavors we liked, more than others. 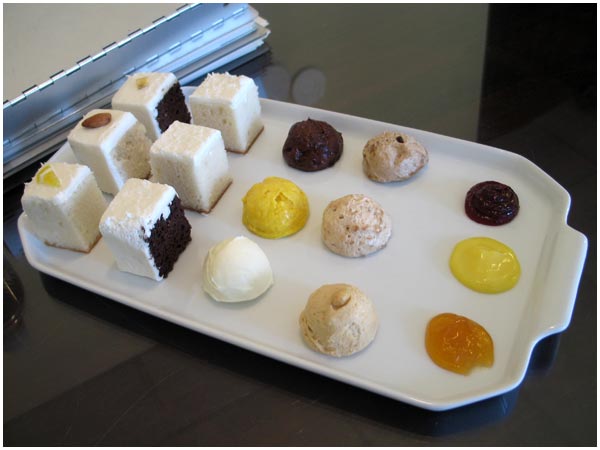 The next place we went to was Cake Girls, off of Belmont. They’re a pretty well known shop (having appeared on Food Network, and in a lot of magazines).

I have to say: the mango cream was one of our favorites (Liz couldn’t stop eating it, even after we were done with our tasting officially). 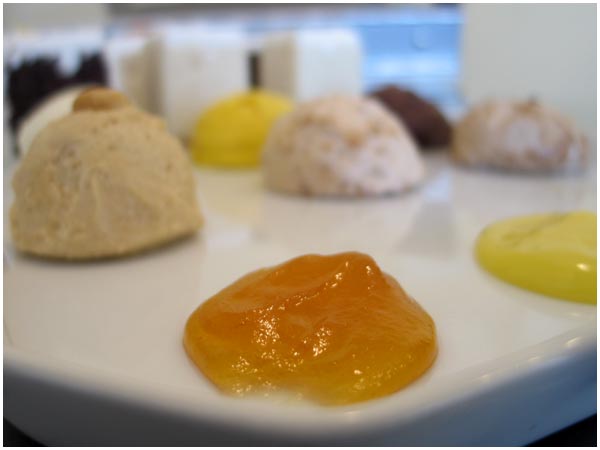 Closeup of the fillings. I was particularly taken with the apricot, which was my fav. 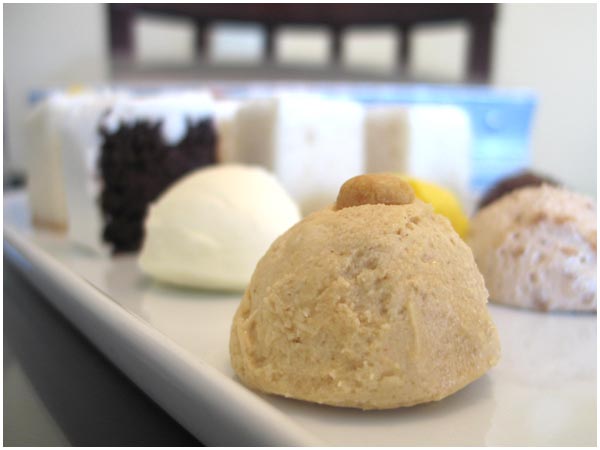 Closeup of the peanut butter mousse.

Looking over all these photos, I’m now even more bummed that I was sick during this whole experience. Totally, totally unfair.

« Real-Time Mugshots and Stats of People Arrested in Tampa Bay, FL
A Trip to the Garfield Park Conservatory »