Evan Jacover and the Journey to the End of the Night 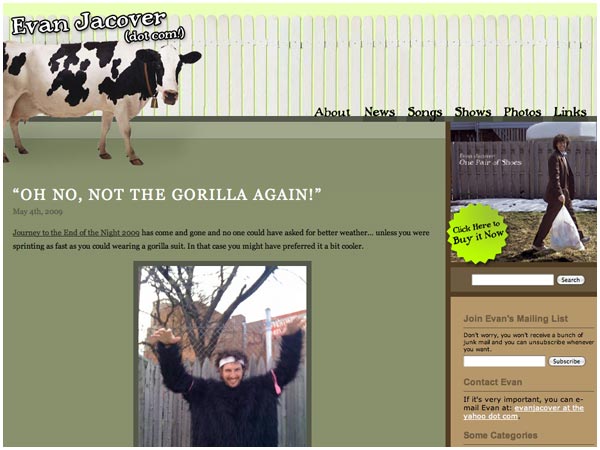 I can’t remember when I first came across Evan Jacover’s blog. It was a while ago, as he and I traded some emails. He liked my Astronaut Project, and got inspired to create his own approach to integrating Flickr and music: Flickrtunes.

Recently, I saw a few posts of his and wanted to share. Evan recently participated in something called Journey to the End of the Night.

Far as I can tell, it’s a large-scale organized game that’s somewhat based on tag. Looking at the rules, a group of folks try to make it from one part of the city to another, with 6 checkpoints in betweeen. There are “chasers” stationed in between, and if you’re caught by a chaser… you become a chaser yourself. No bikes, no cars – just public transportation and your own two feet.

The event page is pretty fun, as is this video. I had no idea such a thing existed!

Though my lungs are crap after having been a smoker for so long… I think I’d find this sort of thing fun. Even if I could only run a block or two before getting totally winded.

Gotta set up a reminder for myself, next year.