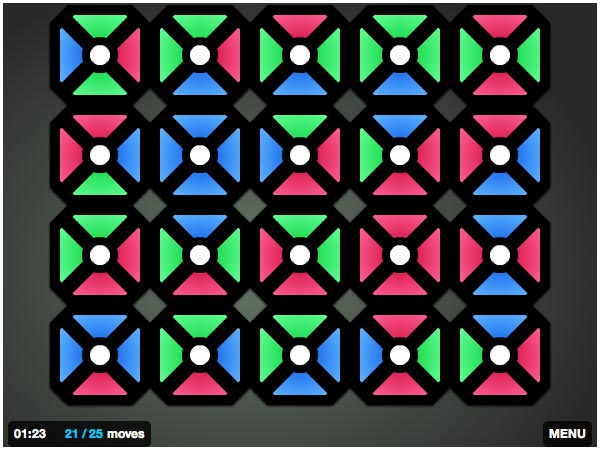 Chroma Circuit is a very colorful game that’s more challenging that you would initially think. There’s also a great deal of satisfaction to be had, at each level completion. The little audio cue that triggers after every level is like your brain, issuing a small sigh of happiness.

Some of the levels are quite pleasing – both from the game/puzzle perspective, and also just from a color perspective. Chroma Circuit is a pleasing way to spend a little time, both visually and intellectually (warning: it starts to get a little nutty in the second phase).