Repeating Ads Within the Tunnel at State/Jackson 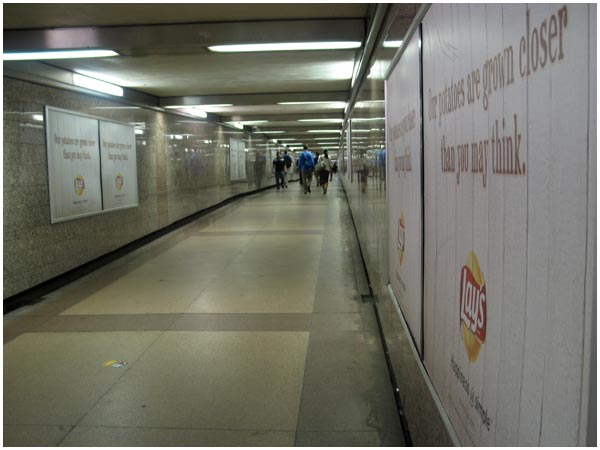 On the way home today… I noticed that all the ads were replaced in the tunnel between the Blue and Red Lines, at Jackson. Not only that though, they were al replaced with the exact same advertisement.

I imagine the goal of this was to saturate the area, and get the company’s message out. But the effect on me was that it totally creeped me out. It felt a bit like those movies where an oppressive government hits its citizens with the same propoganda, over and over and over again.

This photo doesn’t really do the feeling justice. Creeeepy.

on the way home
« A Normal Day: Video of Skillful Trick Shots
Bachelor Party, Part 1: A Song 12 Years in the Making »