We all woke slowly the next morning. I think Chris was up by around 8AM or so, and I ended up rolling out of bed circa 10AM.

I had smoked a little bit, over the weekend. I figured it was my weekend to indulge, and I had maybe half a pack of cigarettes, over the course of the weekend. For the most part, the cigarettes actually made me a little nauseous, and tasted awful. But come Sunday AM, I was thinking to myself (shortly after waking) Gee, a cigarette would be nice right about now. Had I continued the Bachelor Party binge for another few days, I could easily see myself falling back to my old pack, pack and a half a day habit.

Even after all these years, I have to say – nothing quite compares to a cigarette and coffee, in the morning. 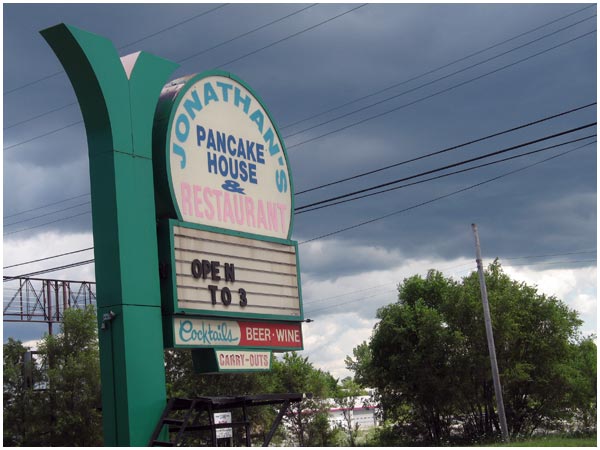 The entire weekend, we moved like sloths. We were slow to mobilize, and any group movement took three times longer than it needed. By the time we actually got out the door and to a nearby diner for food… it was close to 2PM.

Dan took us to a nearby placed called Jonathan’s Pancake House and Restaurant. And my stomach and I were both glad he recommended this place. 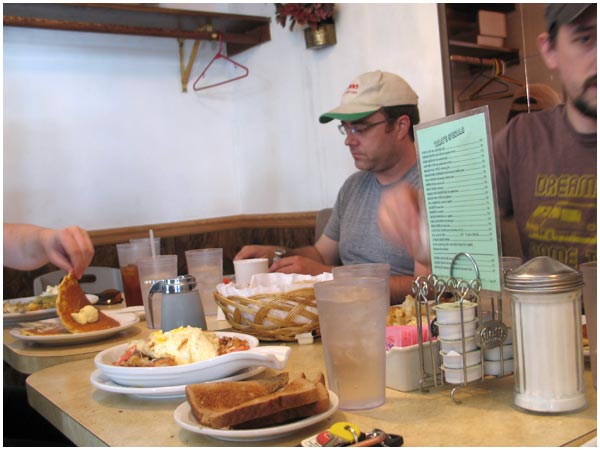 The service was prompt, and the food came out to our table faster than I expected. 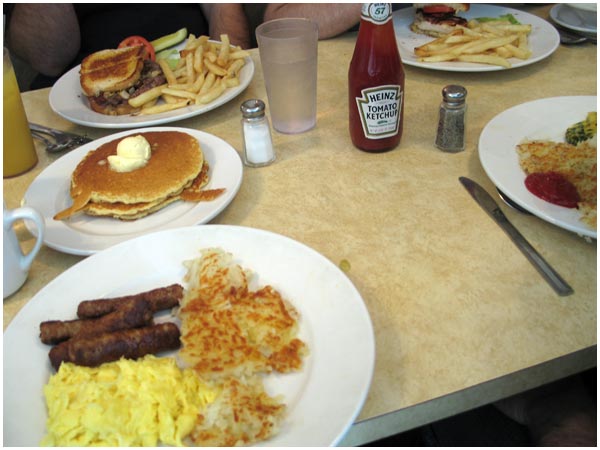 This is exactly the kind of breakfast you’d want, if you had a night like we had. Every bite was deliciousness. 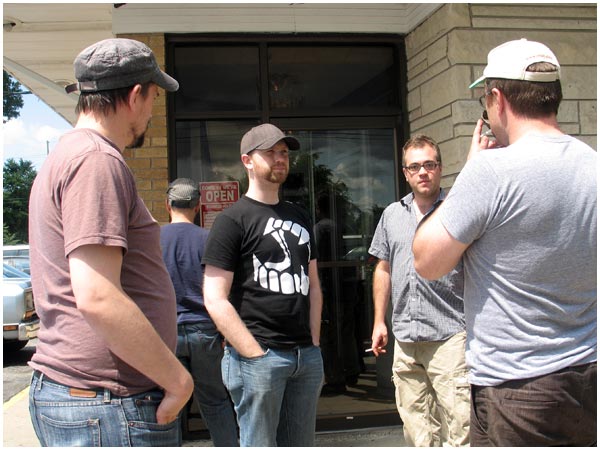 Standing around a bit, post-meal. Shortly after this we headed back to Dan’s and packed up all the cars. Another hour or so later, and we were all on the road headed back to Chicago, conclusing a bachelor party that had started two days ago.

I have to say: I have incredible friends. Folks travelled great distances to hang out with me, and trekked over two states to brave mosquitoes and WORD GAMES, spending most of their weekend getting saucy and silly.

Huge, huge thanks to Justin, who organized the whole thing. From the planning to the contacting people to the coordination – none of this would have been possible, had he not arranged it all.

And huge thanks to Dan, whose generosity with his time and his home was incredible. It was truly an ideal setting, with its close proximity to the lake, the screened in gazebo area, and the roaring fire.

And finally, thanks to everyone who made it out. My friends are awesome and talented, and ridiculously fun to drink with. I couldn’t have imagined my weekend any other way.