I went to the doctor yesterday. It was actually a specialist, and the appointment was to meet with someone about a bit of dizziness that I’ve been experiencing lately.

I first started to notice things maybe 3 months ago. It wasn’t spinning-room dizzy, I just noticed a very subtle, slight moving of the ground. Typically, when I was standing still. It felt like I was standing on a very slow and randomly moving conveyer belt. Things never got bad to the point where I was falling down or anything. But it felt like I had to constantly shift or move my feet, to maintain my balance.

Oddly, I only ever noticed the symptoms when I was motionless – standing still. And only ever standing. Whenever I’d be sitting at my desk or at a table, I never noticed anything. And these episodes only tended to be around the office, during the work week. I’d rarely notice it on the weekends.

Maybe a month and a half ago, the symptoms got to be a bit more frequent. Instead of primarily happening around lunch time, they started to occur in the mornings. And then I noticed it a bit more on the weekends. Again, I only noticed things when standing up – anytime I was sitting, I was fine.

The “dizziness” progressed to a point where I became pretty concerned, and set up an appointment. My regular physician couldn’t discern anything wrong, and gave me the name of a practice that specialized in balance: Chicago Dizziness and Hearing. 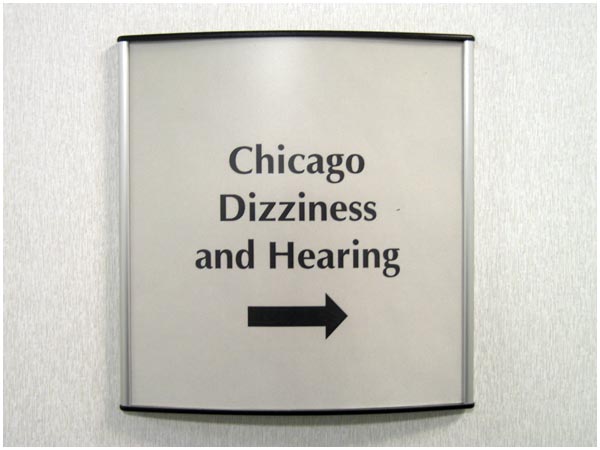 At the time, I was worried enough to set up an appointment. Unfortunately, their wait list was pretty significant (3+ weeks), and so I scheduled something for when I got back from the honeymoon.

I guess I should mention that, leading up to and on the day of my wedding, I had serious concerns as to whether or not I’d be able to remain standing during the ceremony. The “dizziness” only tended to happen whenever I stood still, and my primary job on the day of the wedding was… standing still, in front of a ton of people.

In the days after the wedding, I didn’t notice the dizziness as much – it wasn’t as pronounced. Over the course of the honeymoon, I barely noticed it at all. By the time I got back to the States, I began to question whether or not it was even still present.

All through this week, I’ve tried to stand still and see whether I still experienced the same “slow-moving conveyer belt” feeling. And weirdly… I can’t seem to tell. I think it’s mostly gone away, but I notice a little something, ever so slight in the background.

For the longest time, I figured caffeine might have been a factor. I’ve cut down on the coffee I drink during the day, and that’s seemed to help. The other thing I think might have caused a lot of this was… stress. Partly from work, and partly from all the wedding preparations, leading up to the big day.

I decided to keep my appointment anyways, even though I was no longer experiencing any of the symptoms I had about a month ago. I met with Dr. Cherchi (who was really kind, and informative, and had the most calming voice I’ve ever heard) and underwent a few tests.

When I explained everything to Dr. Cherchi, he nodded and said that stress is on his list… but it’s low on the list. He said he preferred to find some physiological reason for the symptoms. 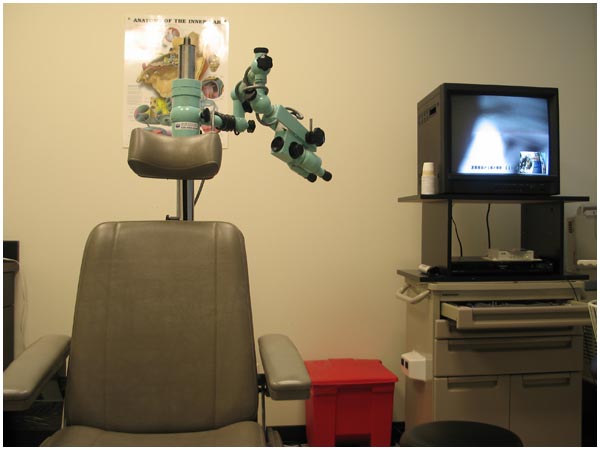 I sat in this chair for a bit, and had my ears examined. It was pretty much exactly like the eye doctor, but with a light going in to my ears instead of my eyes. 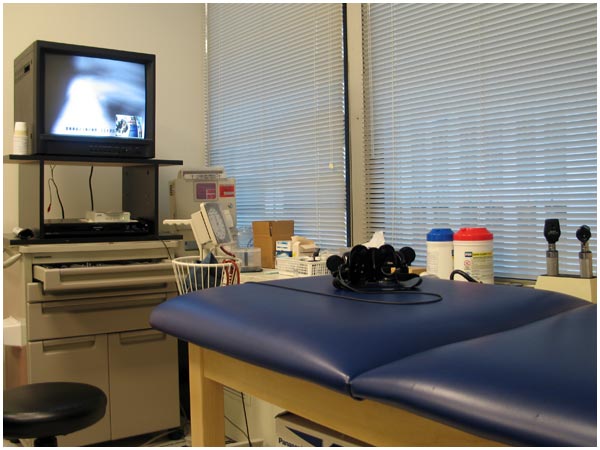 Next up – a few actual tests. Dr. Cherchi asked me to take off my shoes and socks (which I found weird), and then I had to put one foot in front of the other, touching the heel of one to the toes of the other. I then had to put my arms out, close my eyes, and remain standing.

I had a little trouble with my first attempt, but then seemed to do ok on the second.

I then sat up on this exam table, and underwent a few different tests. Mostly they seemed to be reflex tests. Dr. Cherchi did a few tests (touching my face, arms and feet) to ensure I felt things evenly on both sides of my body. He did that rubber mallet thing where he hits your elbows, wrists and knees and you have a reflex.

I was also asked to do things like run the heel of one foot along my other leg, going from knee to ankle. There were lots of small, seemingly unrelated tasks that tested for coordination or strength. While I was doing most of it, I found myself pretty fascinated and wondering how each of these tests relate to balance or dizziness. 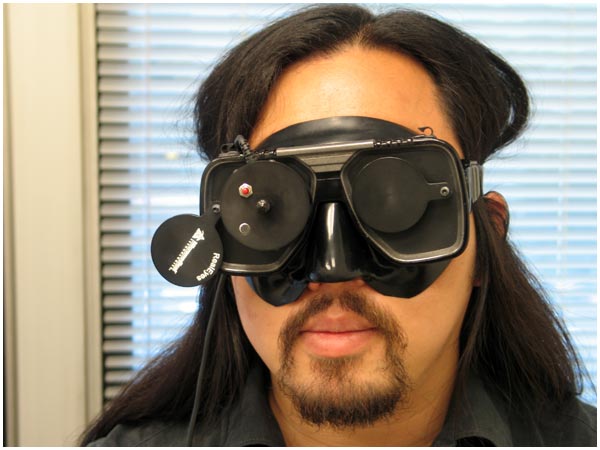 The final exam involved an infrared light and this sweet pair of night vision goggles. The fancy device on the left (covering my right eye) has some kidn of infrared sensor on the other side. On the right (my left eye), this was just a cover to ensure that no additional light was coming in.

From my point of view, everything was pitch black and I was literally and completely in the dark. Even as the test was proceeding, I saw no light whatsoever. I was told to look in a few different directions, and I also was laid down on the table and moved around a bit.

The whole time, Dr. Cherchi was looking at my eye movements on a nearby computer screen.

Overall, Dr. Cherchi said that my tests were all normal. He mentioned that the things we did today were “imperfect,” and had a list of some additional tests that could more specifically test for certain things. But after today, he wasn’t concerned that I had some kind of serious issue. While there were some possible candidates that might explain what I was undergoing, the symptoms I exhibited were pretty a-typical.

He went over the list of additional tests with me, and I ended up deciding to wait to see if my symptoms return. I’m holding off on more tests, and got Dr. Cherchi’s ok to wait and see… and if the symptoms returned, I’d go back in for another round.

I’ve only told a few people about this, so it feels kind of nice to get this out there. Right now, I’m feeling pretty good (although a month ago, I wasn’t). We’ll see how things progress. Hopefully, this is a singular thing and I never have to do a follow-up post.

Note: the photo and video above were both taken after the exam. I asked to get a photo of me with the goggles on, and Dr. Cherchi was incredibly cool about everything. I told him about the blog, and he was incredibly patient with me getting photos and some video of my eye exam (which they recorded on DVD).