Star Trek in the Office

Let me set up some backstory. Once a year, Deb and the Marketing/Sales teams gather all our IAMs together (Interactive Account Managers) to meet one another, and to discuss success stories and to share strategies.

In the past, we’ve flown clients in and even threw a party in the office, complete with catering and everything.

This year the annual meeting was an online session, where we sent out webcams to everyone so that they could participate via the web. To make things fun, Deb wanted each “group” to decorate their space and to work around a given theme. Some people chose themes like “Western Saloon” or “Hollywood.”

The theme that our company took on: Star Trek.

Deb likes to add a element of play to these meetings (last year there was a whole Medieval theme that accompanied the meetings). Though there are serious business topics being discussed, there’s also a lot of fun and goofiness happening at the same time. 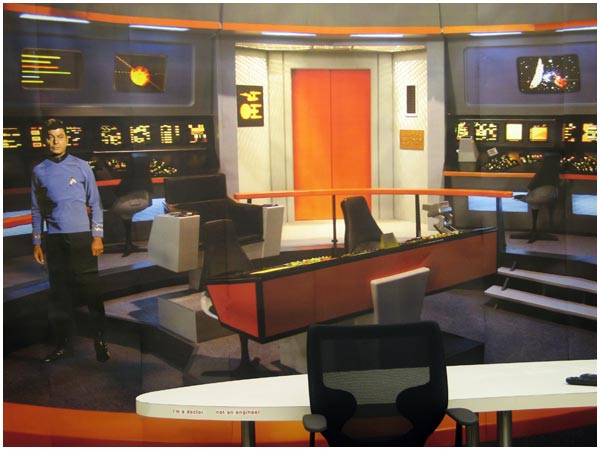 Here’s a photo of the classic Star Trek bridge. 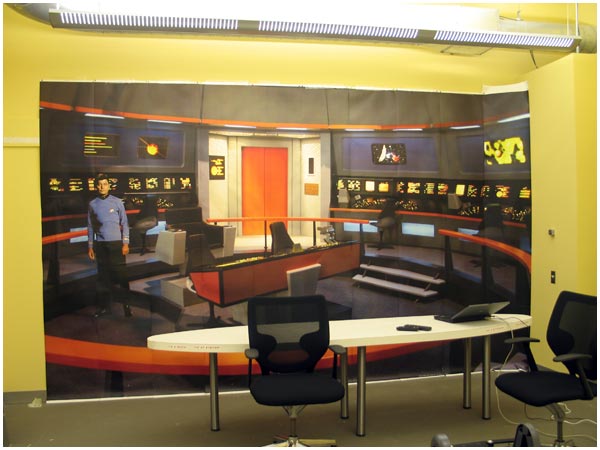 Here’s another photo, zoomed back slightly. I have to say that the pictures do this NO justice, as it’s amazing how real it actually looks, close up.

Also? When you see this broadcast on a computer monitor (via our camera), it looks *ridiculously* real. 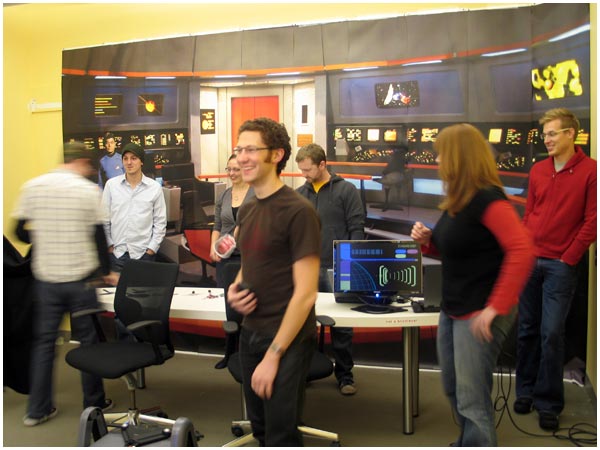 From a few days ago. The Design Team, milling about the set and checking out Chris C’s handiwork. 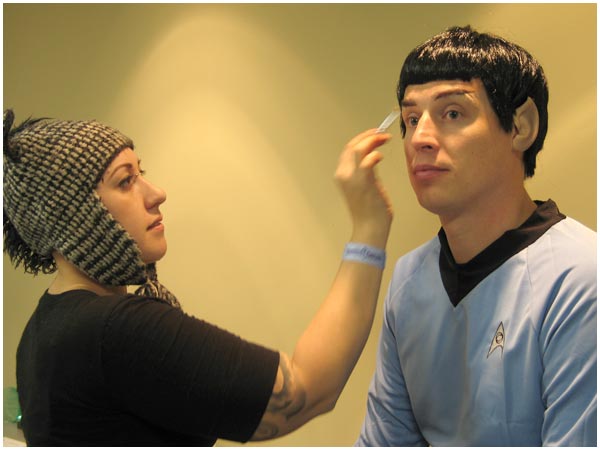 Chris C, getting a bit of makeup for his “Spock” outfit. 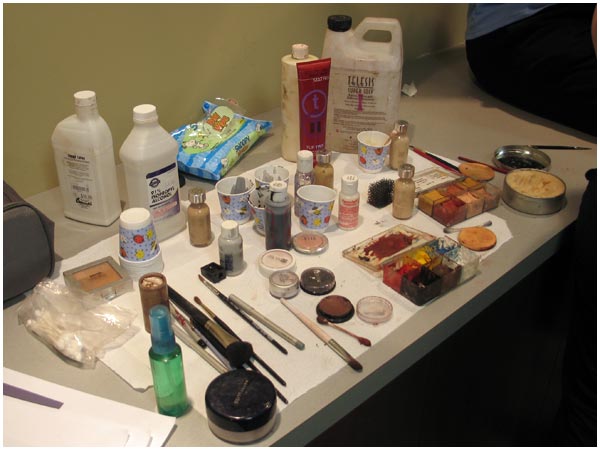 This is some serious makeup! 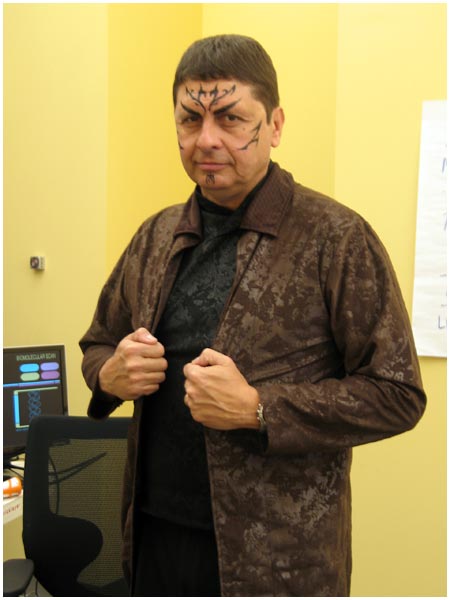 Kevin as a rather menacing Romulan. 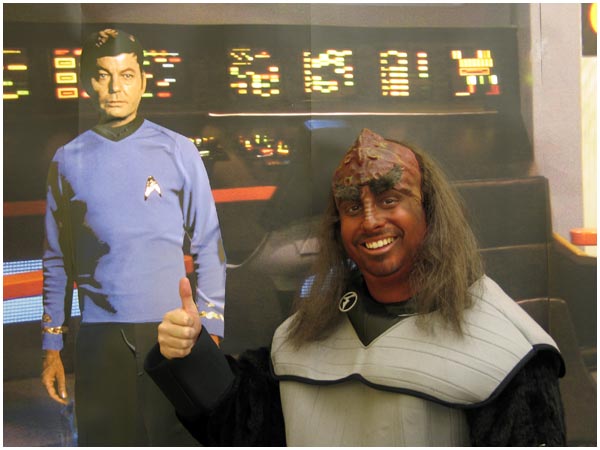 Sammy as a not-so-menacing Klingon. 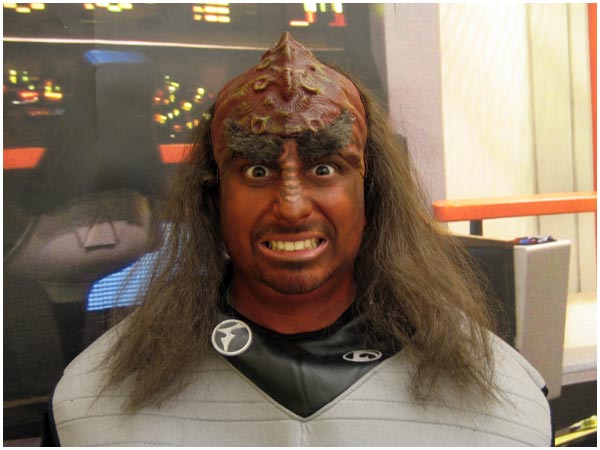 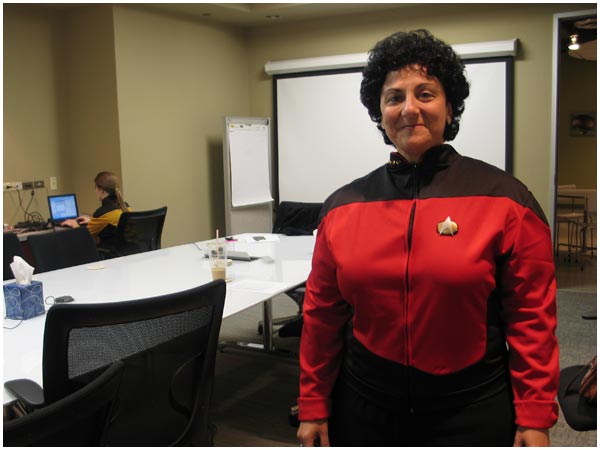 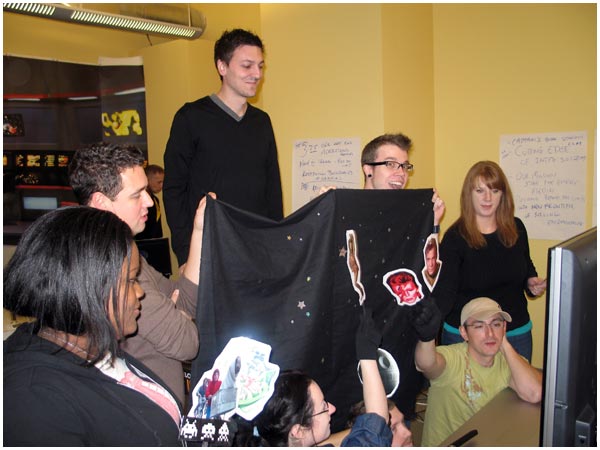 I should mention here that our Design Team was asked to provide an intro to the whole event. What we came up with was a cheesy, low tech kind of an approach, with a space backdrop and a lot of cutouts on popsicle sticks.

We’re all positioned in front of the large monitor and camera, and basically have to work off of what we see on the screen. This bit here is from a day or so ago, when we were in the room practicing. 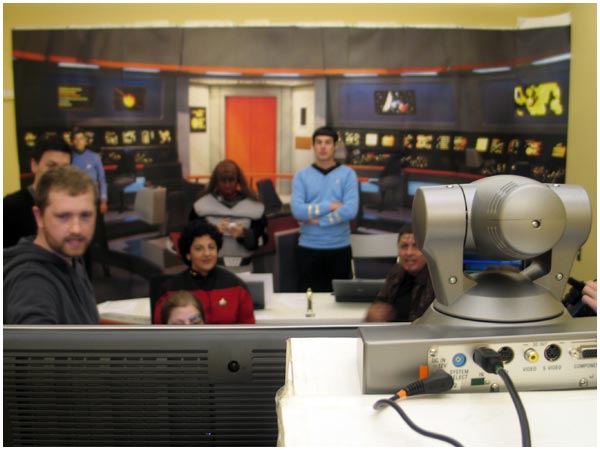 The view from behind the television/camera. 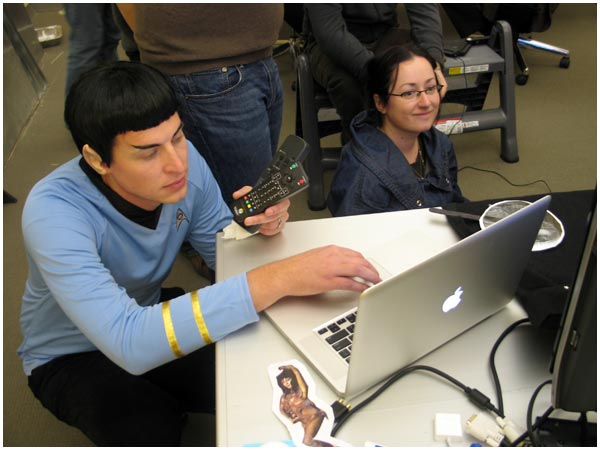 Everytime I saw Chris C working with a computer, I had to stifle a giggle. 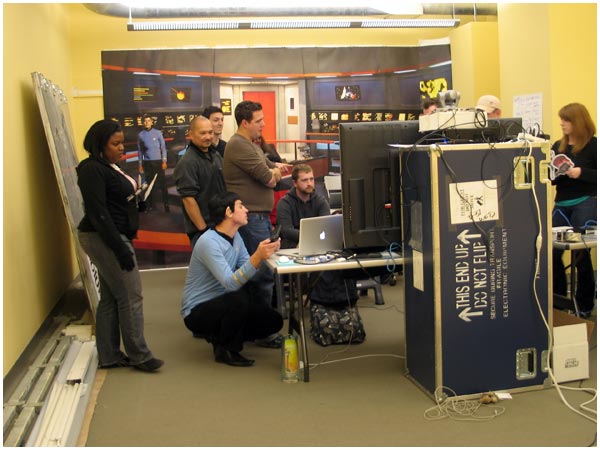 Here’s a shot of the space, pulled back. 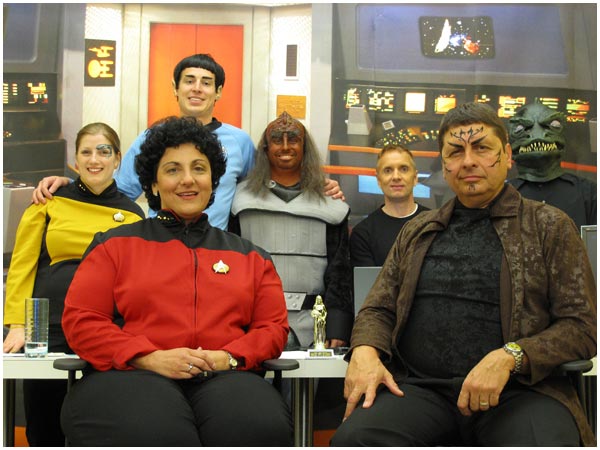 And here’s the whole, uh… crew.

One big bummer was that there were some technical issues at the very onset of the meeting. And a result was that, though we executed the intro flawlessly… we don’t think anyone else got to see it, due to our audio and video being overridden.

Luckily though, Jose had set up a camera and filmed one of our practice runs from the perspective of the TV camera. So this is pretty close to what everyone would have seen, had the feed been live.