I’m in a Book! Cassette From My Ex: Stories and Soundtracks of Lost Loves

Over a year ago, I happened across the Cassette From My Ex project after seeing it on MetaFilter. To my surprise, it turns out that a friend of mine (Jason Bitner, who also started Found Magazine) was one of the driving forces behind the project.

Several months later, Jason contacted me to ask if I wanted to participate in a book version of Cassette From My Ex. At the time, I was working on another project and didn’t feel like I could come up with a submission before the deadline. Jason was kind enough to give me a pretty generous timeline, and though I scrambled over the holidays to revise my story… I did end up getting it in on time. Just barely.

Looking back, I’m so very happy that I participated, as my story was lucky enough to get selected for inclusion. And yesterday, I got to walk in to a bookstore and see the book sitting on a shelf, with my story inside. 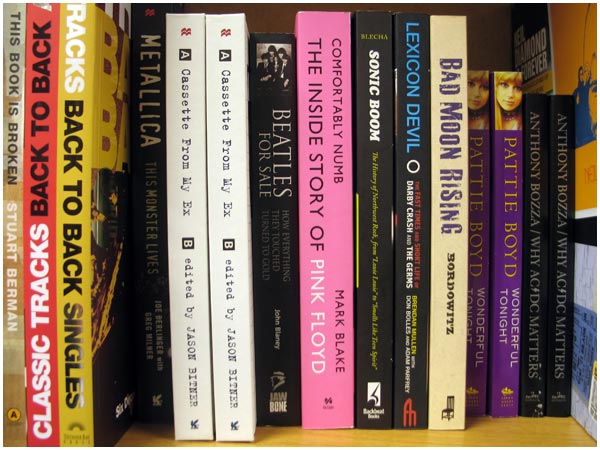 Here’s the book, sitting on the shelf at Borders, nestled in between Metallica and the Beatles.

//Edit: can’t believe I didn’t think of Beatallica when I saw this) 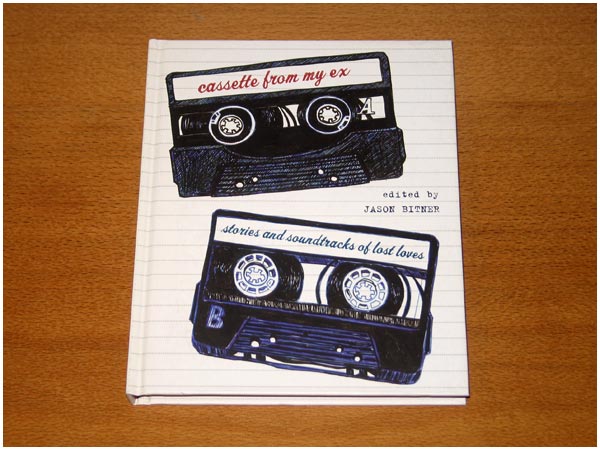 The cover, which is awesome. The entire inside of the book is absolutely beautiful – great photographs, great illustrations. It looks incredibly slick and really, really well done. 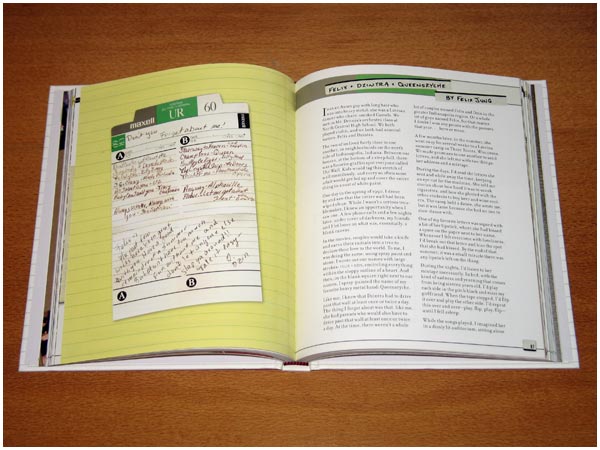 And here’s a photo of my story on page 87, entitled Felix + Dzintra + Queensrÿche. 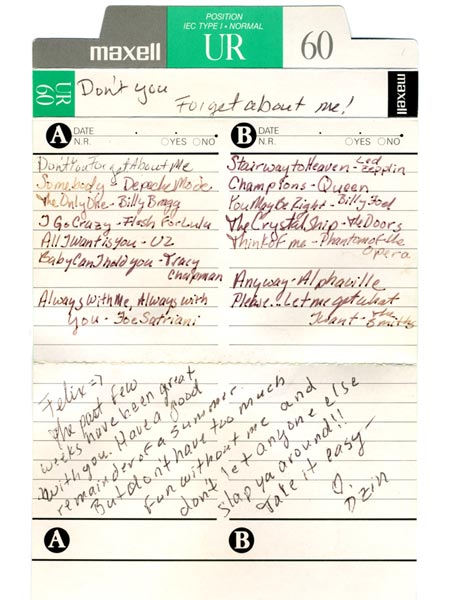 Here’s the playlist from the cassette from my ex, circa 1990.

There’s a few other folks in this book that I know as well. My friend Dave has a story included. And so does Andrew Huff, whom many of you may know through Gapers Block. I didn’t know the full list of authors ahead of time, as I worked primarily through emails with Jason. But it’s been neat to flip through the table of contents, as I seem to be in good company.

And as a teaser, here’s the opening to my story:

I was an Asian guy with long hair who was into Heavy Metal; she was a Latvian dancer who liked to chain-smoked Camels. We met in Mr. Dennis’ Orchestra class at North Central High School. We both played violin, and we both had unusual names: Felix and Dzintra.

The two of us lived fairly close to one another, in neighborhoods off of Spring Mill Road, on the North side of Indianapolis. Between our houses, at the bottom of a steep hill, there was a favorite graffiti spot everyone called “The Wall.” Kids would tag this stretch of wall mercilessly, and every so often some adult would get fed up and cover the entire thing in a coat of white paint.

You should totally pick up a copy. Not because I’m in it, but because it’s a great project and a great looking book. It’s chock full of people reflecting on a bygone technology, and a bygone era of mixtapes and relationships.

If you’re interested in getting a copy, you can find it at Barnes & Noble, Borders, or Amazon.

There’s also a Book Release party in Chicago on Monday, November 9th at the Hideout (8:00 PM). I’m excited, as I’ve been at these kinds of parties before… but never as someone who’s actually been in the book. Should be a blast.

I’ll close with a short video that was made a while back by Babelgum, highlighting the project. Congrats Jason, to you and your team of folks working behind the scenes. This book looks amazing!

Cassette From My Ex: Stories and Soundtracks of Lost Loves
Edited by Jason Bitner