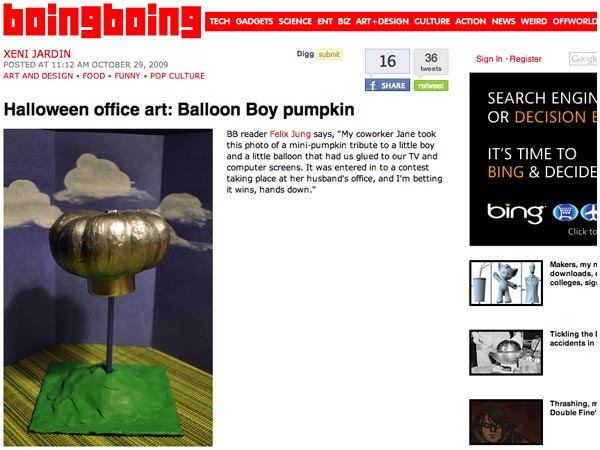 This is a photo Jane took, of a pumpkin tribute to a little boy and a little balloon. This guy was entered in to contest held at her husband Pete’s office.

When I first saw Jane’s update on Twitter, I had a genuine LOL – it was such a great concept. And my prediction of it going viral? Totally called it.

So awesome to see Jane’s image on BoingBoing. If you want to see it in all its pumpkin-y goodness, check it out over on Flickr.

balloon boyboing boinghalloweenjane
« I’m in a Book! Cassette From My Ex: Stories and Soundtracks of Lost Loves
Free Candy and Spiders: My Halloween Costume, 2009 »