Cassette From My Ex, Book Release Party at the Hideout 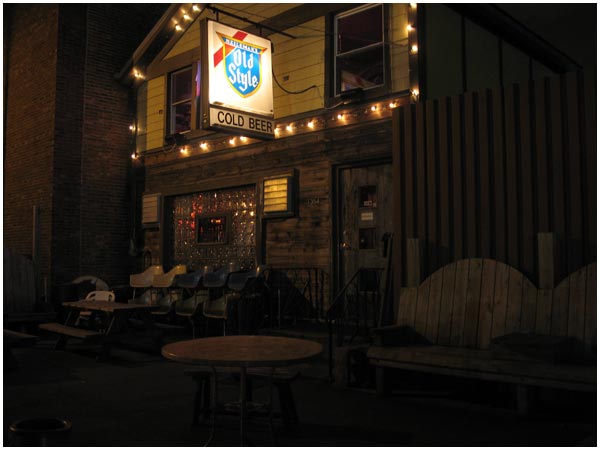 Shortly after work, Liz and I headed over to the Hideout for the Cassette From My Ex Book Release party. 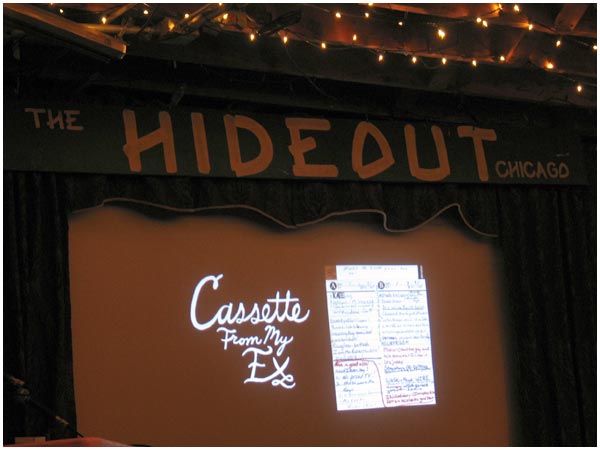 We arrived fairly early, before the place filled up too much, and were able to grab seats at a table along the wall – fairly close to the stage. 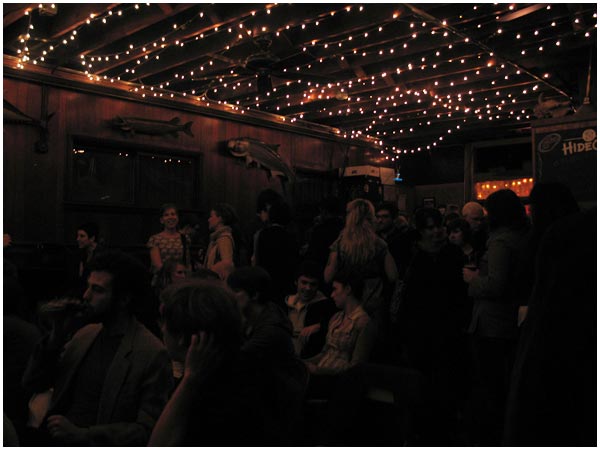 The room filled up a bit after 8PM. Among the folks moving around, I ran in to Andrew Huff, who I hadn’t seen in ages (and who’s also a contributor in the book).

We caught up a bit and traded stories. The past week was a pretty good one for Andrew, given Gapers Block being given a $35,000 Community News Matters grant, his inclusion in Crain’s Chicago Business’ 40 Under 40 and his SXSW Panel officially getting approved.

Though I was a part of the GB staff for a brief period, I miss being part of the hustle and bustle a little. Exciting times for GB, and it’ll be neat to see that grant money at work, over the course of the next year. 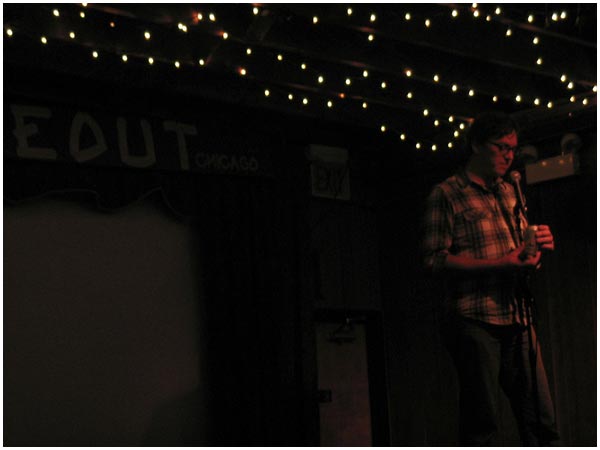 Jason, starting up the show and introducing the book. 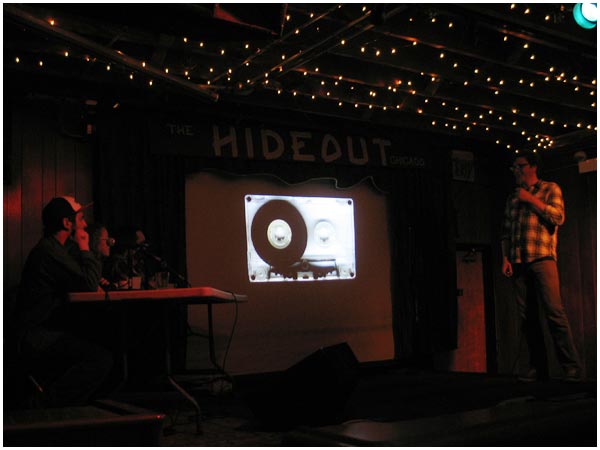 The first half consisted of a guest panel, featuring The AV Club‘s Kyle Ryan, Julie Shapiro and artist Derek Erdman.

Jason held an informal QA session with these “mixtape experts,” and a lot of the back and forth was really quite funny. Each speaker gave advice on making mixtapes, interspersed with stories about their own experiences.

At one point, there’s a conversation about how no one’s making mixtapes anymore, and that perhaps the book might spark a revivial. Jason then mentioned a segment from a radio show he did, earlier in the day: 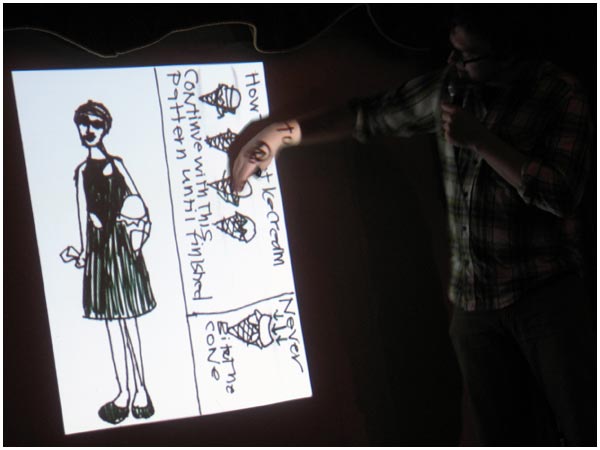 For the second half, there was a FANTASTIC reading by Arthur Jones. He read his story from the book as a Post-it Note Story, and had the whole place howling. I remembered reading his story and literally laughing out loud at parts, and was delighted to find out this would be the featured story of the evening. 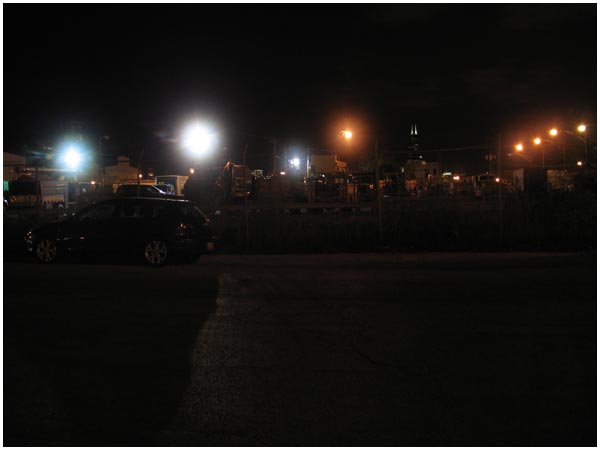 Post-show, standing outside looking across the street. The Hideout is tucked away on Wabansia, just off of Elston, and stepping outside after being inside is an interesting transition. More than any other bar, on leaving… it feels like you’re walking back out into the city.

Lots of fun stories tonight, and it felt good to be in a room with a lot of creative folks, celebrating a pretty fun project.

Related:
I’m in a Book! Cassette From My Ex: Stories and Soundtracks of Lost Loves

Cassette From My Ex: Stories and Soundtracks of Lost Loves
Edited by Jason Bitner

cassette from my exhideout
« Elona Shooter: Addictive Castle Defense Game
Cassette From My Ex: My Story Mentioned on WGN Radio 720 »