Brussels Sprouts on the Stalk 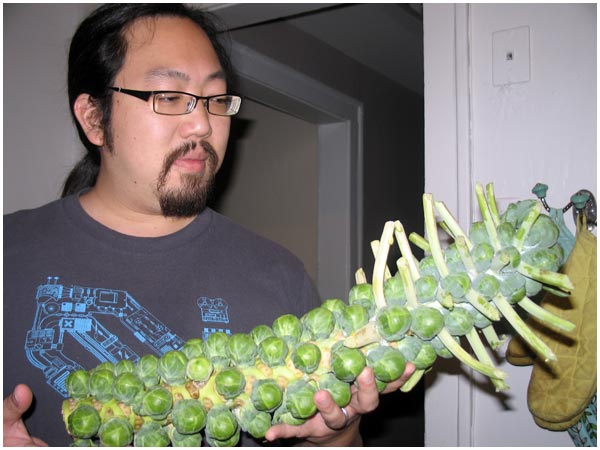 When I got home last night, Liz showed me a little something she had picked up at Stanley’s: a set of brussels sprouts, still on the stalk!

I’d seen these just once before, sold at the Logan Square Farmers Market, but never had a chance to buy them (they were sold out by the time we got to the booth).

I’m used to getting these guys individually at the store, and seeing them on one giant stalk is a little… odd. It feels very alien, and the stemmy protrusions at the top don’t really do much to help that alien feeling. I feel like we’re going to be eating some kind of sentient space cucumber. 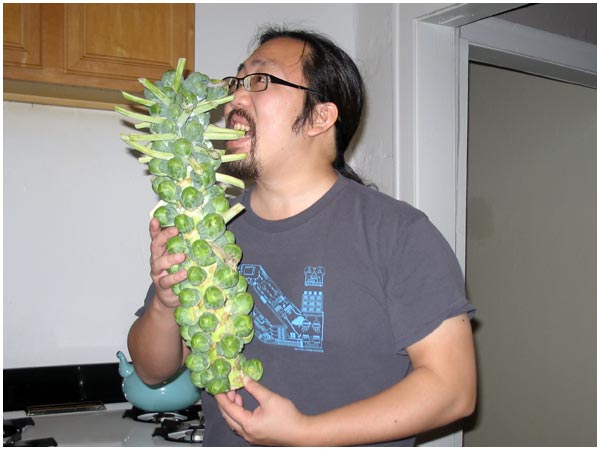 This is not the right way to eat brussels sprouts. 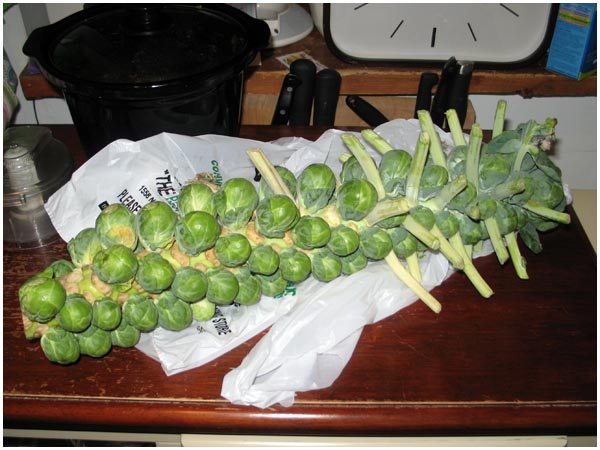 I like how there’s a curvature, in how the sprouts appear. A bit of a little spiral.

I’ve converted Liz over to actually liking brussels sprouts, and it’s one of our top favorite veggies. I know that most people think of it as a bitter kind of vegetable, but prepared the right way… it doens’t have that gross, bitter tang at all.

We like roasting the sprouts in the oven, and it’s pretty simple: cut the brussels sprouts in half, sprinkle with olive oil, salt and pepper… and throw it in the oven at 450 for 10-15 minutes. Toss them once, and that’s about it! If they burn and carmelize a little bit while cooking, all the better.