Since our initial visit to the Red Door Animal Shelter (where Baxter underwent a bit of bunny rabbit speed dating), we’ve been back at least once. A few days ago, we went back in for our third meeting, to see if Baxter would get along with any of the other male rabbits.

About two weeks ago, there was a potential match with a bunny named Latte… but he was still pretty frisky after having been fixed. And watching the interactions between them, Baxter seemed indifferent at best. Liz wanted to make sure that there was some genuine interest on Baxter’s part, as this would be another rabbit that would be around for the long haul. 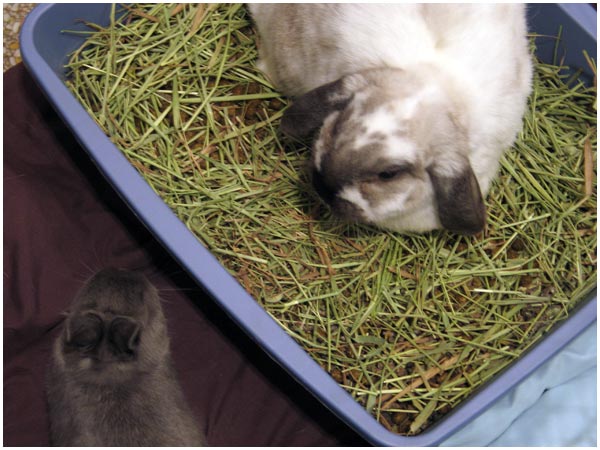 There was this teeny, tiny little rabbit there named Bun Bun. There seemed to be some decent chemistry, but the size ratio was really way off. Bun Bun was super cute, but looked about the size of a guinea pig. 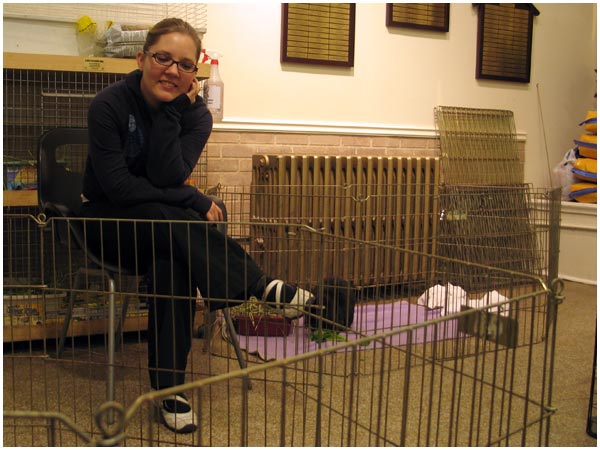 Liz, being a good chaperone and keeping an eye out. 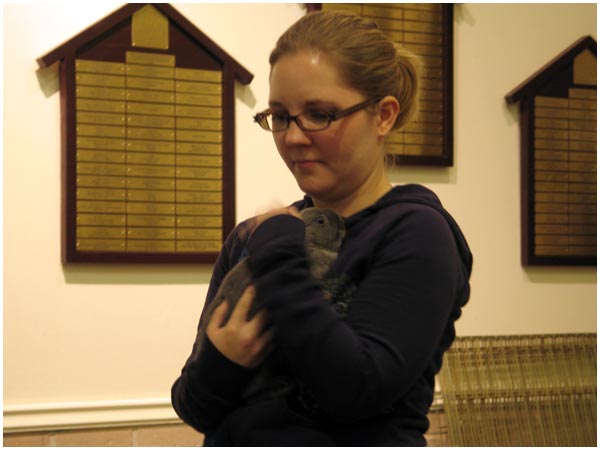 Liz, holding on to Bun Bun. 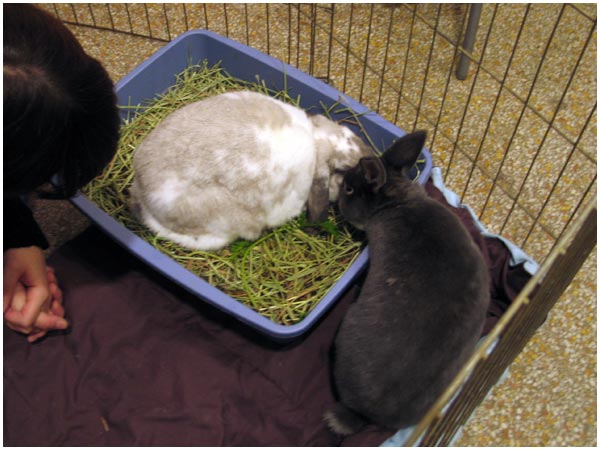 Here’s another suitor, named Marciano (after the famous boxer Rocky Marciano). These two seemed to get along pretty well.

After a lot of meetings, swapping bunnies in and out for over an hour… we got the list down to Bun Bun and Marciano. Based on what we saw, it looks like the next step would be to take a rabbit home and see how things go.