A New Bunny in the Apartment

After our last visit to Red Door Animal Shelter, Liz and I talked about which suitor would be best for Baxter. Though extremely tiny and cute, we decided not to go with Bun Bun. Instead, we felt that Marciano would make the better choice.

While I usually like to keep an animal’s given name, Liz and I were planning on giving this rabbit a new name. Liz was working on a list of potential names, and I’m of the camp that an animal will tell you his/her name when they’re ready.

I know this sounds super hippie-dippie. And I was skeptical when someone told me this. But while I was in graduate school, me and my girlfriend at the time got a cat from the local animal shelter. We held off naming the cat, and eventually the name “Cleo” popped in to my head. It was by no means a name I would have ever picked, but it felt right and fit the cat to a T.

So far, we haven’t come up with any names yet. The short list of possible names includes: Mr. Darcy, Cortland, and Sherlock.

Oh, and of course: Professor Snugglesworth.

If you’ve got some name suggestions, throw ’em in the comments. 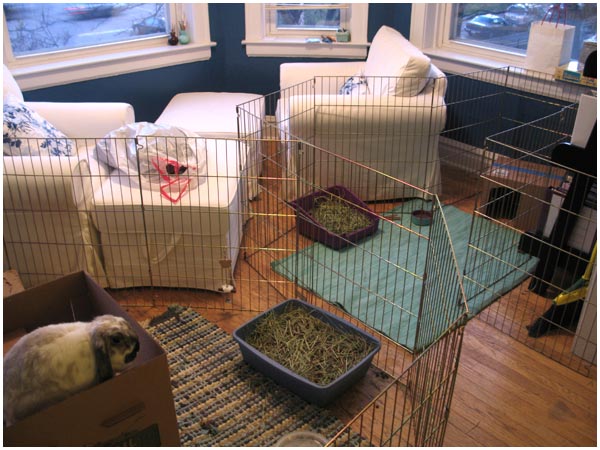 Here’s the new pen area we have set up. It’s next to Baxter’s area, but separated. Both bunnies will be able to see one another, but won’t have direct contact just yet. 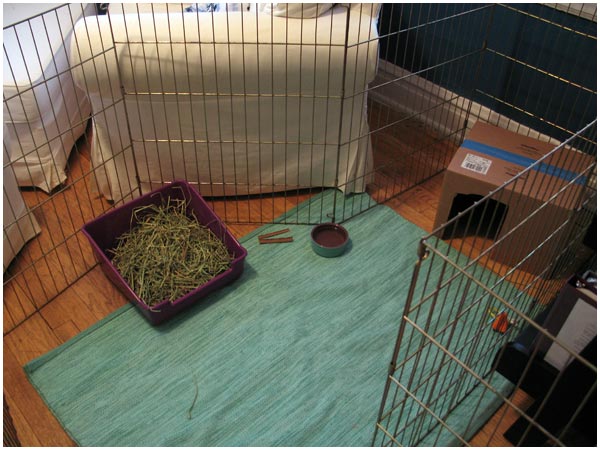 Closeup of the second pen. 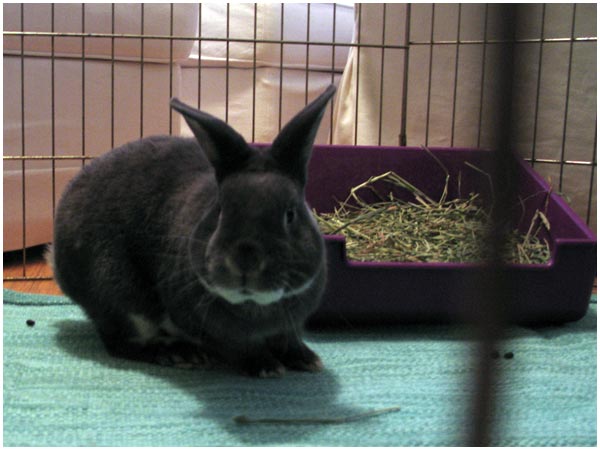 The new bunny, getting adjusted to the new digs. 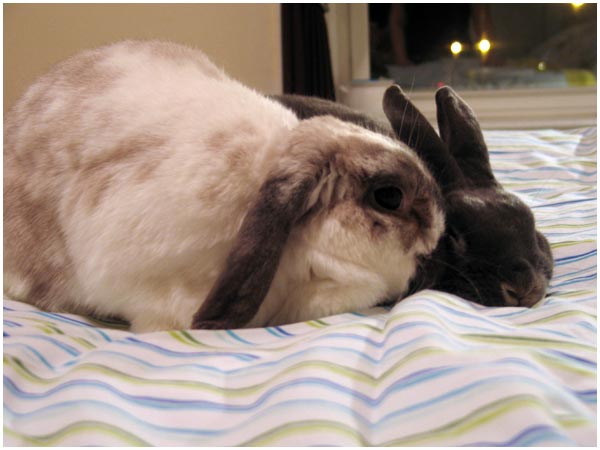 To introduce the two bunnies, Liz read that it would be best to make the introduction on some kind of neutral territory. So we set up some blankets on our bed, and put both rabbits on top of the covers. 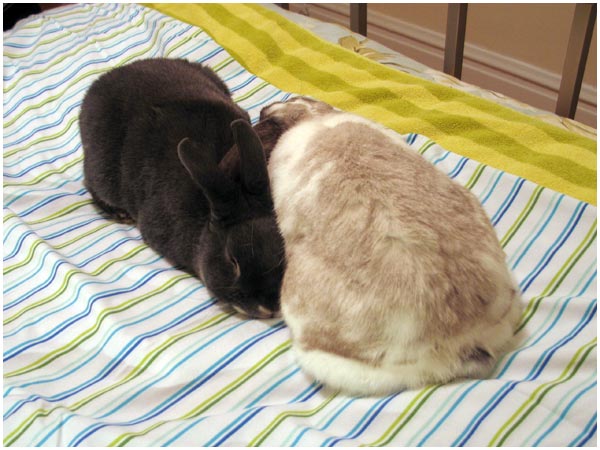 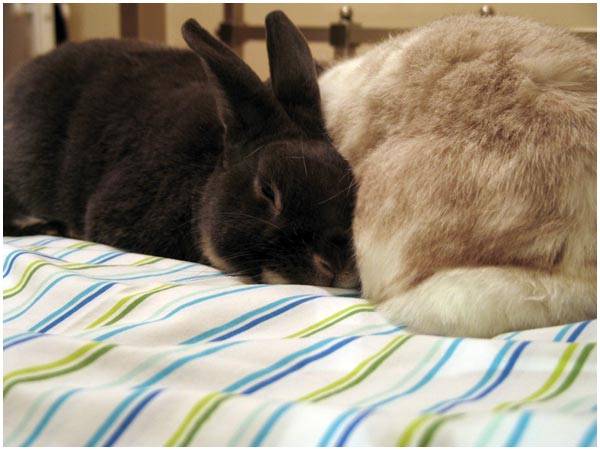 A little drowsy, and tucked in.

The photos show the particularly calm moments. There was a lot of hopping around and ignoring of one another, for a good while. So far, so good.