This year, the Emmis Interactive holiday party was held in the office. On Friday we had a big Quarterly meeting that took a majority of the afternoon. We got out a bit early, and returned back to the office for some food and drink, later in the evening. 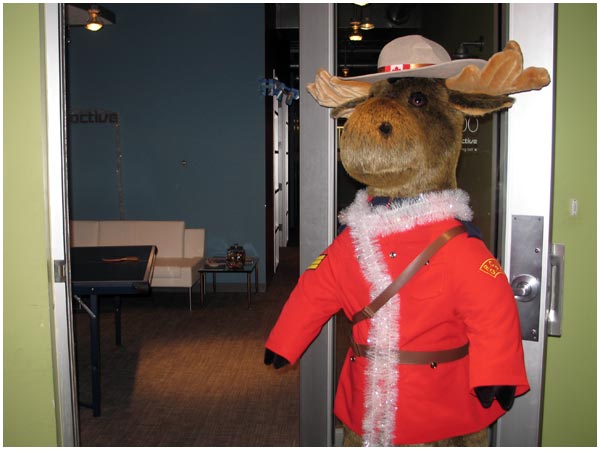 Deb’s Moose (a gift from our Canadian friends) greeted visitors at the door. And also kept out the riff-raff. 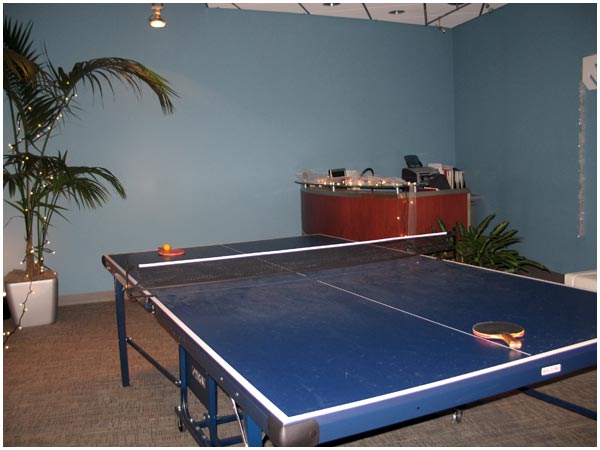 The Ping Pong table returned for a brief appearance. It’s been living over in the Annex area, for nearly a year now. 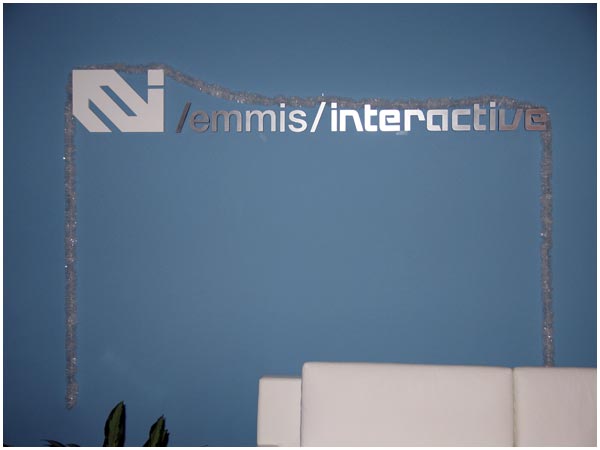 Though it’s an office I see every day during the week, the addition of tinsel and lights everywhere gave a great festive feel. The front desk area has been very busy lately, as we had set up for a second photo shoot, just a few hours earlier. 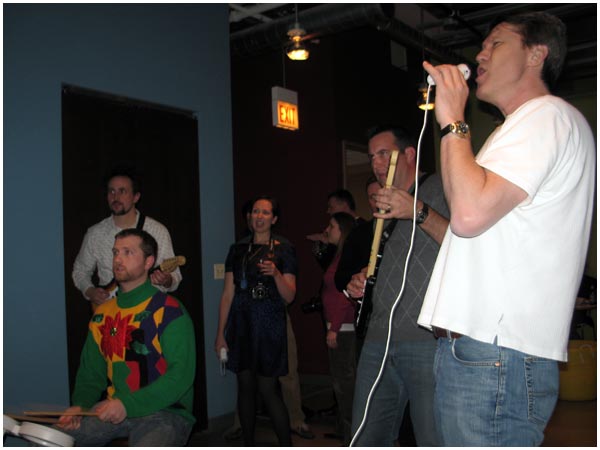 The main meeting room always looks better with a ton of food running down the length of the table. 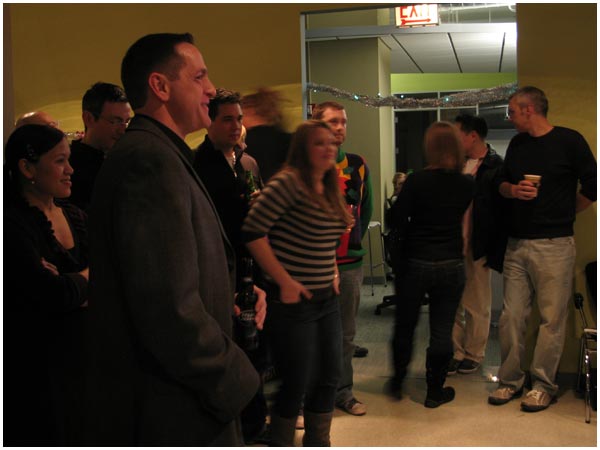 In the kitchen area (where most of us spent our time), Ben brought in Rock Band for the Wii. L to R it’s Ben on bass, Chris on drums, Brian on guitar and Marcel on lead – all performing “Day Tripper.” 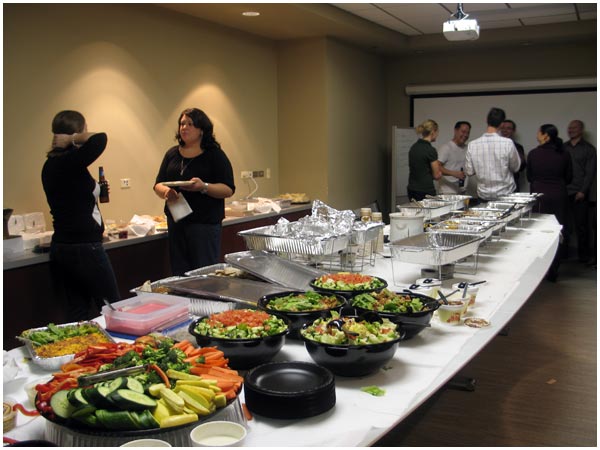 Folks lining up to hear/view the vacation raffle. 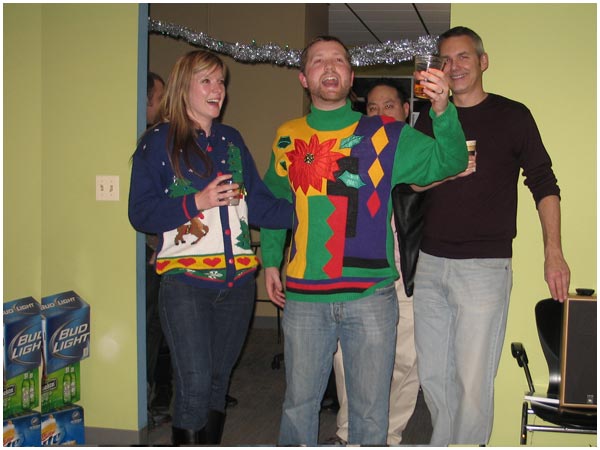 There were 5 vacation days being given away, but an extra was awarded to Chris for the sweaters he and Leslie wore to the party.

Here’s some video of the raffle selection process. The one catch: you needed to be present to win.