Today was one of those lazy days where you just sort of sit around on the couch. Because the Netflix DVD is in your PS3 (allowing you to stream a lot of Netflix movies), you’ve added a lot of stuff to your instant queue. Not because they’re necessarily good movies or must-sees. But you have those whole other queue now, and this whole other ability to watch a ton of movies, almost immediately. 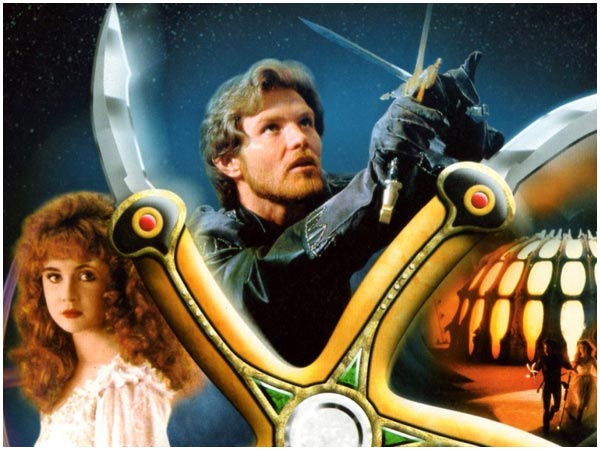 And so, during that first dizzying week of new movies at your fingertips… you went ahead and added Krull.

And today, on one of those lazy days where you just sort of sit around on the couch… your wife decides to sit down next to you. Your wife, who has never seen Krull. 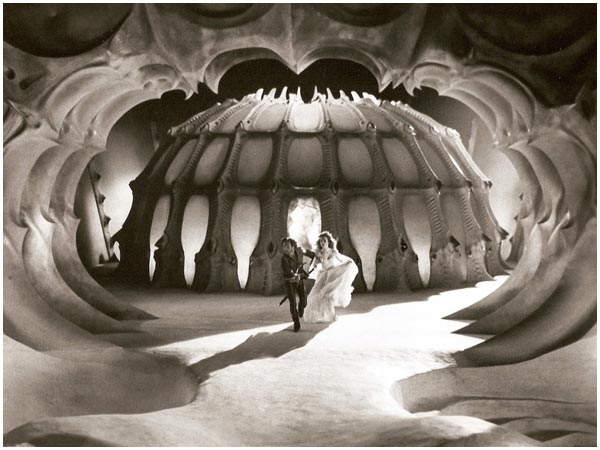 Someone (it’s not clear who) ends up hitting “play.”

Along with Clash of the Titans, this movie was definitely a sci-fi classic from my childhood. This was back when HBO used to play the same movies over and over again, and I caught this film on more than one occasion.

Quick synopsis: Fortress from space contains a creature called “The Beast.” His fighters (called “Slayers”) run amuck on the planet Krull, killing everybody. A marriage between a prince and a princess from two different kingdoms is the only hope for an Alliance. Before the ceremony, the princess is captured and Prince Colwyn must find a weapon, an army, and the way to the fortress.

Sadly, some things hold up better due to nostalgia, in the mind’s eye. While the special effects are a bit better than Clash of the Titans… they’re still definitely dated. I remember being really spooked out by the Slayers when I was a kid.

Whenever one of them would die, they’d utter this terrible scream that sounded like a gremlin getting thrown into a bathtub, while clutching a radio. Sort of a combo of pain and electrocution. I daresay it’s a pretty distinctive sound that anyone who’s seen this movie would recognize in an instant.

There were a number of good lines that I had forgotten about in the movie. I was really quite impressed with the actor Freddie Jones, who played a character named Ynyr. Even though it was a movie over 20+ years old, I thought he did a pretty strong job.

Interesting side note: there were tons of actors that I recognized in Krull:

The actor David Battley (who I know as the teacher from Willy Wonka and the Chocolate Factory) plays a magician named “Ergo the Magnificent.” An incredibly young Liam Neeson plays a minor bandit named Kegan. And finally, Robbie Coltrane plays a minor bandit named Rhun (Coltrane is probably best known today for his role as Hagrid, from the Harry Potter series). Neeson and Coltrane both appear in the trailer above at around the 0:45 mark.

As a sci-fi movie from the distant past, I think you have to have grown up with Krull to still love it. And even though it came from my childhood (and I loved it as a kid), I ended up falling asleep a bit towards the end of the movie.

Let me close with an incredibly geeky mashup. For those of you who have actually seen Krull, this one’s for you: Prince Colwyn vs Giovanni Jones (the opera singer from Long-Haired Hare, featuring Bugs Bunny).

nostalgia
« Working With An Umbrella Swift and Ball Winder
The Wilhelm Scream: Classic Audio Clip Re-Used in Tons of Movies »