Prior to the holidays, Justin sent out a dinner invite to a few of us. He’d been hard at work re-arranging his apartment, and the dinner was a way to celebrate his “new” place and the new year. 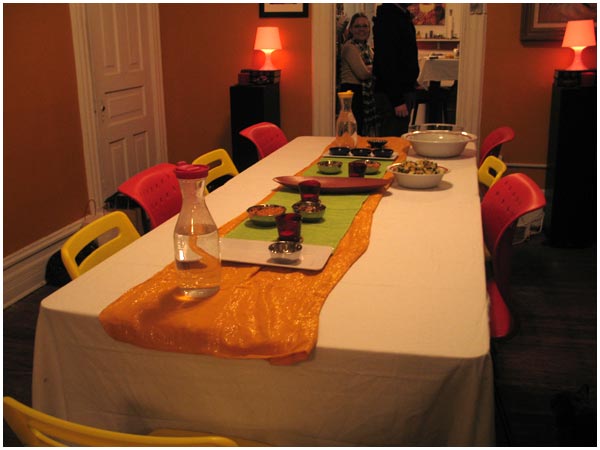 Justin rushed home right after work, and by the time many of us showed up (circa 7:30 PM), he was already in full swing. The table was set up, and he was busy at work in the kitchen. 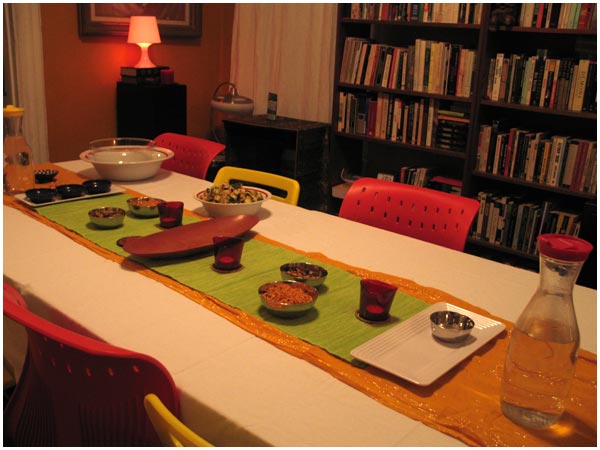 Another view of the table.

Liz and I showed up right as Chris and Leslie were walking in the door. The two of them just got back from Japan on Monday, and were still getting their bodies adjusted to US time. 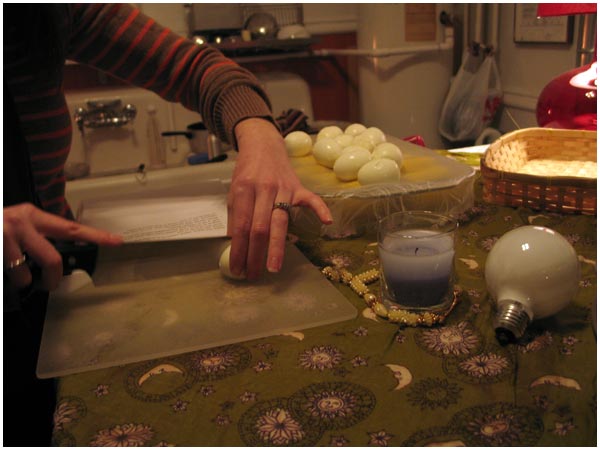 Leslie, helping cut up some eggs. Behind the scenes, Chris was mixing up some drinks. Justin had made some cardamom-infused vodka, and had a drink recipe that combined that with mango juice, champagne and… something else. I forget the exact ingredients, but it was quite delicious! 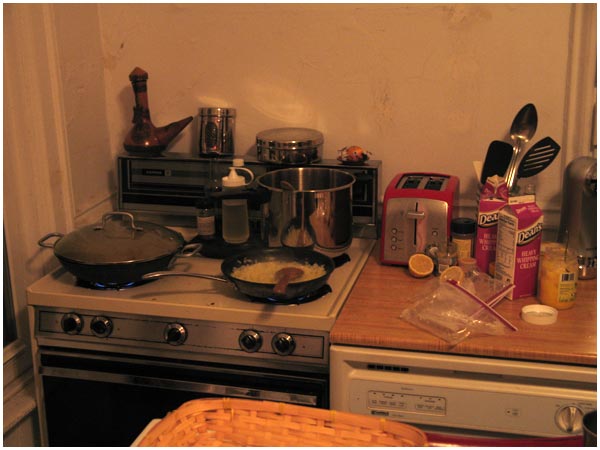 Justin, working away on the stove (my photos aren’t so hot, as I’m not very good at shooting in lower light). For most of the night, I tried to keep the flash down to a minimum. 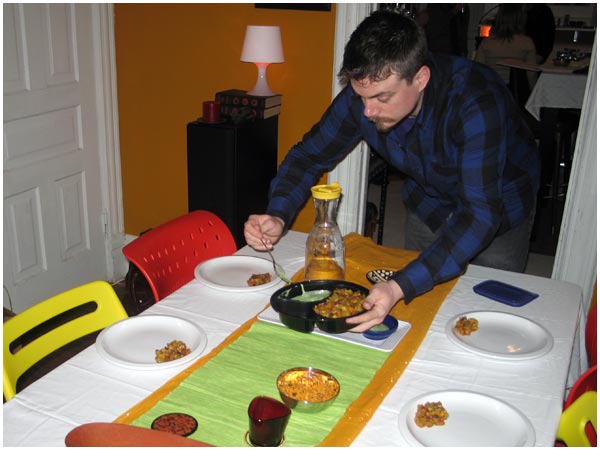 Justin, dishing up some mango chutney all around. 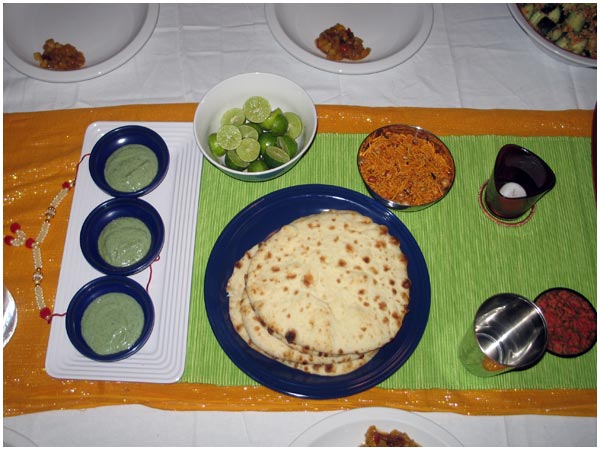 A bit of nan bread, limes, and… I’m not quite sure what the other stuff is. This was my difficulty with Indian food – I liked a lot of what I had, but can never remember the names of the things I like.

Note to Justin: Can you tell me what all we ate tonight? I know the Cucumber salad and the Egg curry (which I loved), but not sure I know/remember the other dishes. 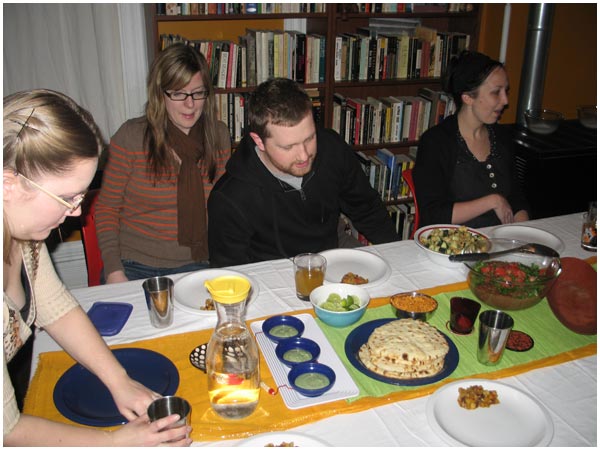 Folks about to dig in. L to R it’s Liz, Leslie, Chris and Allison. Not pictured is Ben, Pete and Jane. 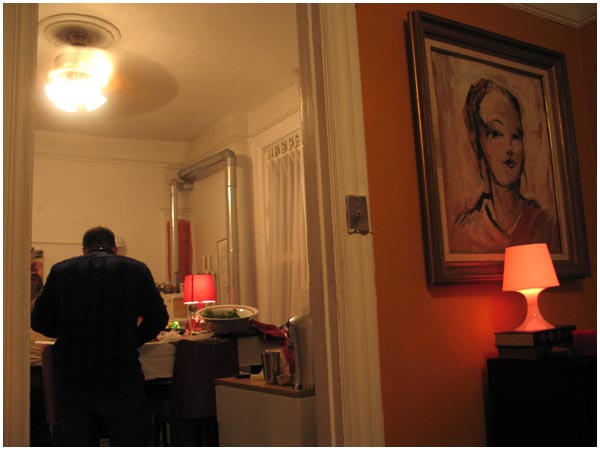 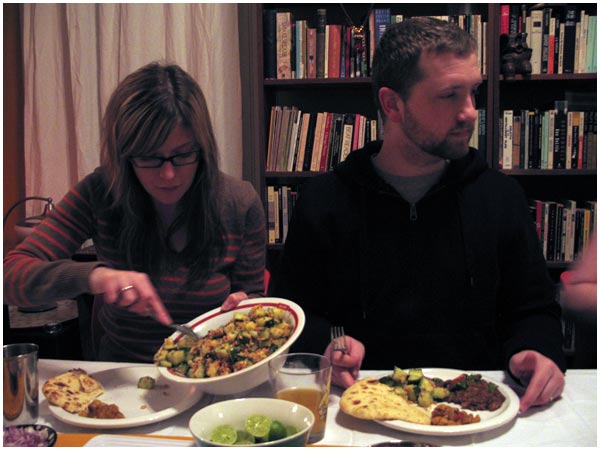 Leslie and Chris, trying out some cucumber salad. 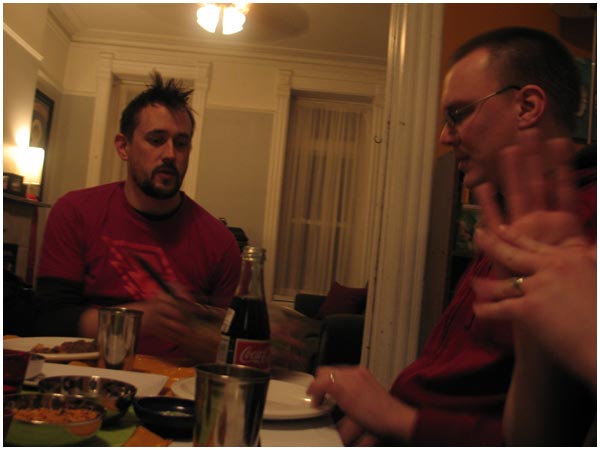 Ben and Pete (who brought along an impressive number of Coke bottles). I didn’t know this, but apparently the Coke bottles that come from Mexico actually contain sugar, as opposed to syrup. I’ll have to ask my cousin Jenny more about that. 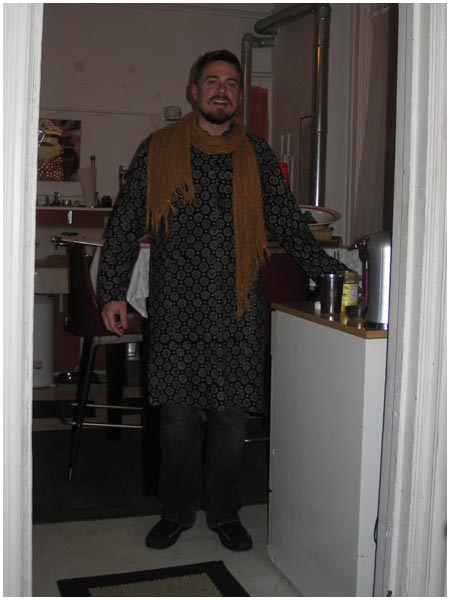 Justin, getting in to the spirit of things…

After everyone was stuffed and we were all settling in post-meal, Chris and Leslie brought out a few gifts from their trip to Japan. They found a lot of odd items, and brought stuff back for everyone. T 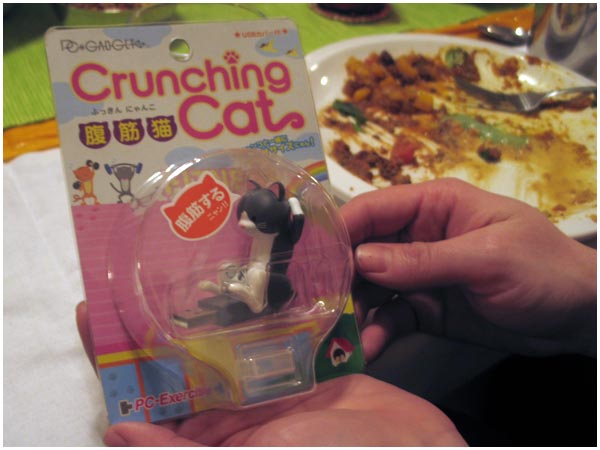 Jane got a USB-driven “Crunching Cat” that will apparently do sit-ups if you plug it into your computer. I’m SO getting video of this at work. 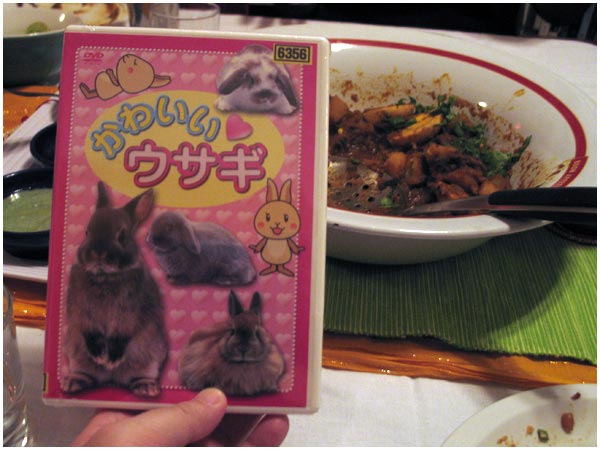 Liz and I got a DVD of, apparently, bunny videos. I have no idea what’s on here, but it may just end up being videos of other bunnies. 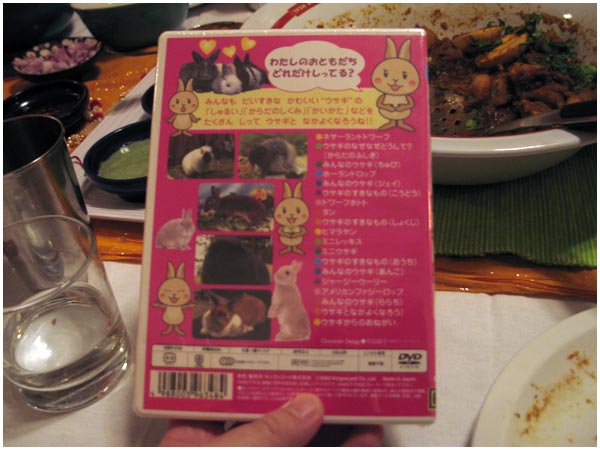 More information on the back, but I’m still not sure what to expect. It’ll be fun to see how Baxter and Quincy react on seeing this. 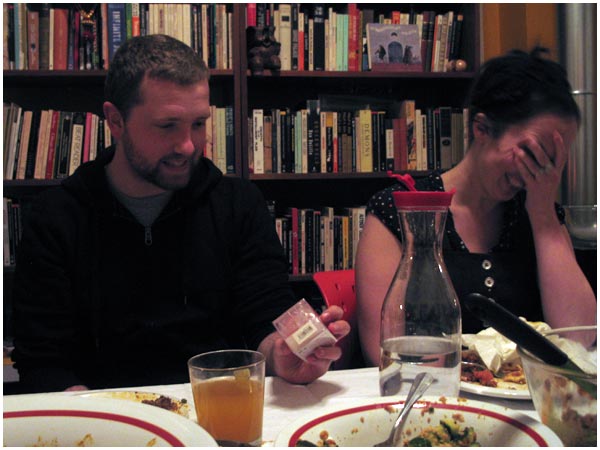 For Ben, he got a stress-ball squeezy thing… but in it was in the shape of a boob. I love this shot of Chris, describing what it is, moments before giving it to Ben. 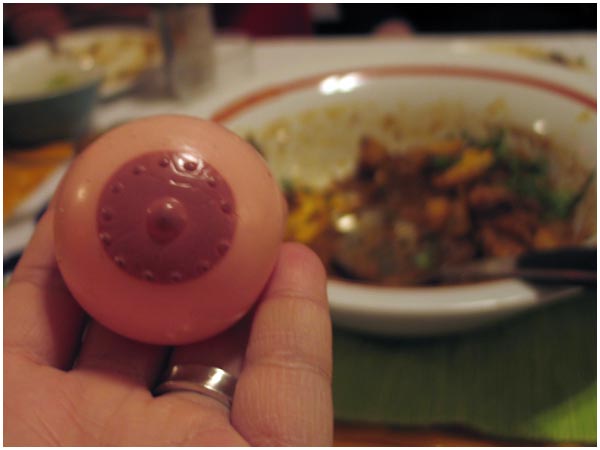 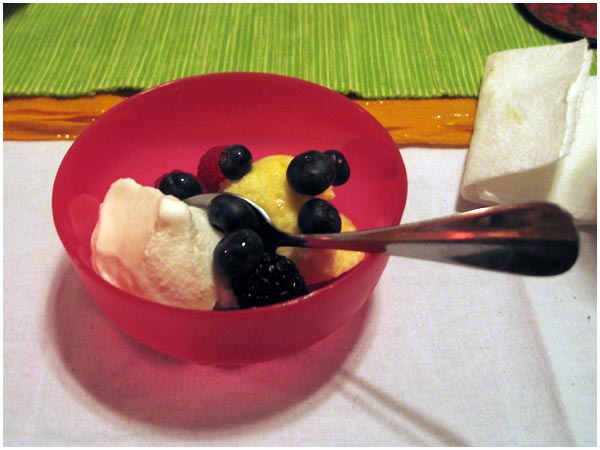 And as though the meal couldn’t possibly get any better, Justin pops in with coconut and mango ice cream, topped with berries. Remember what I said about that whole restaurant thing?

The entire evening was pleasurable and indulgent. I got to hang out with a lot of folks, ate a TON of fantastic homemade food, and stuffed myself silly. I was literally saying “I’m so full” for over an hour, and continued to feel that way even after I got home. Everything was so good, I couldn’t stop eating.

Good friends, good food. Thank you Justin, for a spectacular meal. You are an incredible host!

allisonbenchriscookingjanejustinleslielizpete
« Basketball Game: One on One Thousand
USB Crunching Cat in Action »