Home From the Vet, and the Baxter Bunny Burrito

So we went in to the vet and got Baxter checked out yesterday. There was a routine examination, along with an x-ray, and a long period of waiting around in one of the rooms.

Ultimately, the diagnosis was something like gastro-intestinal stasis. There was a possible blockage or inflammation in her secum, and we got sent home with a large array of medicines.

Baxter normally loves food. In the mornings, she bounds out and is waiting for me to place her dish of veggies down. But yesterday was really disturbing, as she just was listless and pretty much nonresponsive for most of the day. One of the big concerns was both food and dehydration. For all of yesterday, she had maybe two sprigs of cilantro.

We were told to keep an eye out for her litter box, and to see if she started pooping. Bunny poops are pretty small (think pea sized), and we were told to look out for at least 20. If we’re not seeing that by later this afternoon, we need to bring Baxter back in to the vet. 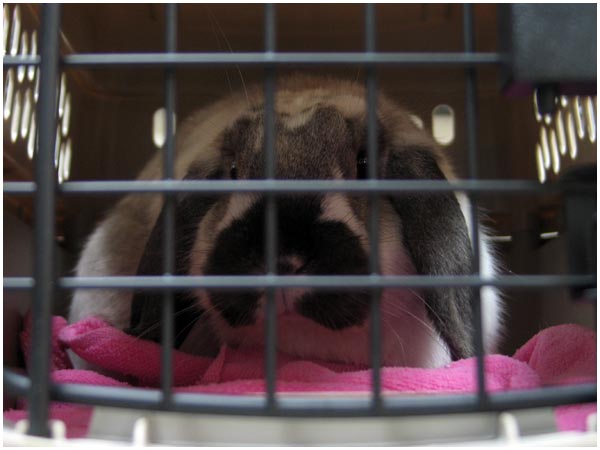 Here’s poor Baxter, in her cage and on the table at the vet. She’s done with her exam and x-rays, but still is a little wary about everything. 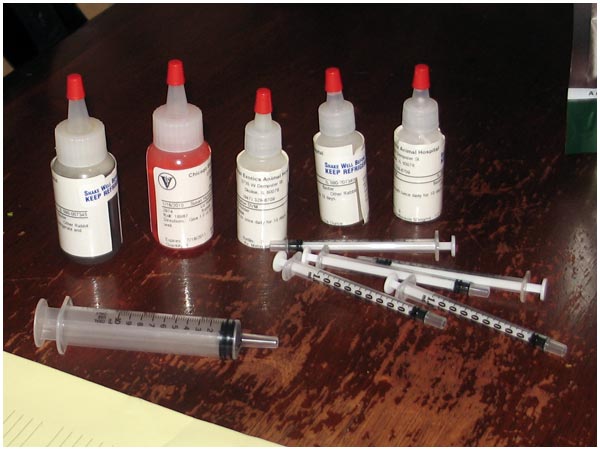 I wasn’t kidding about a lot of medicine. We got lots of syringes to help with the feeding. Unlike actual syringers for shots, these are meant to aid in hand feeding (and have blunt tips). 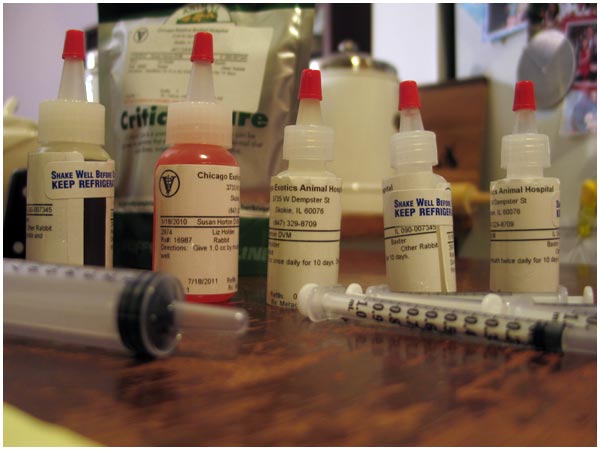 Another shot of the meds. Behind the scenes is a bag of stuff called “Critical Care,” which is a kind of green powder you mix with water. This stuff basically has a lot of the nutriets Baxter would normally get via veggies and hay, but super condensed and much easier for her body to digest. 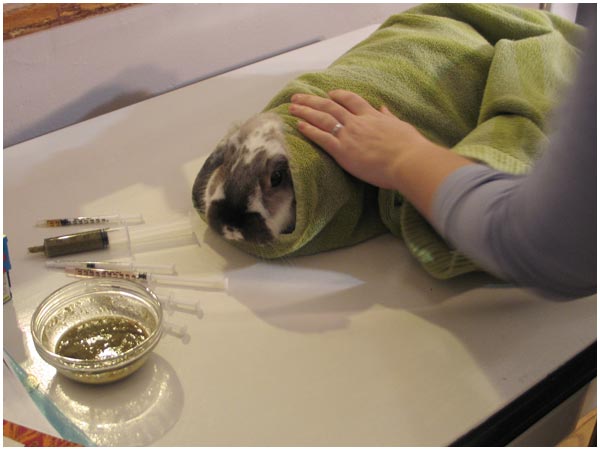 To help with the feeding (and the fact that Baxter doesn’t like to be picked up), we emplyoed the “bunny burrito” method. The vet did the same thing, whe examining her ears and mouth. Basically, you place the bunny on a blanket, and then roll the sides over to prevent them from kicking or moving. 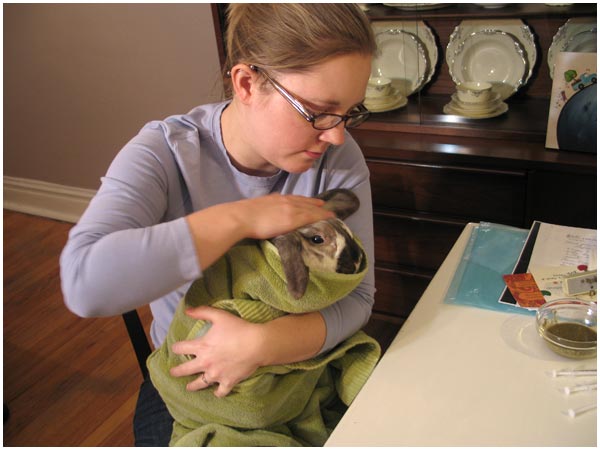 Liz, colming Baxter down before the feeding process. 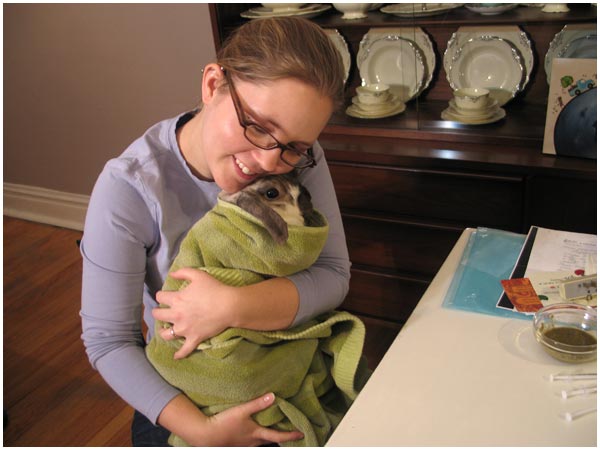 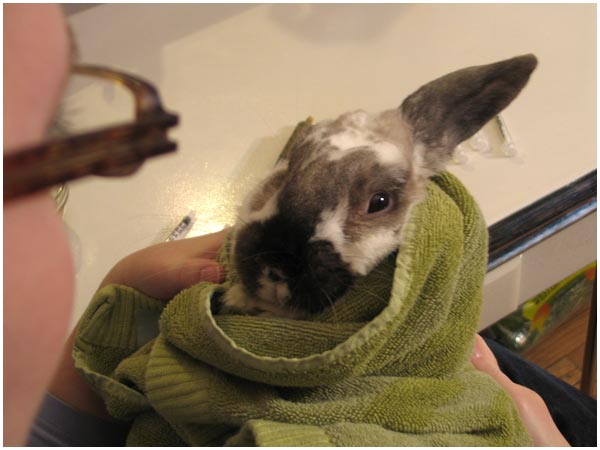 Baxter, shortly after the feeding. Her ear seems to voice her displeasure at burrito method. 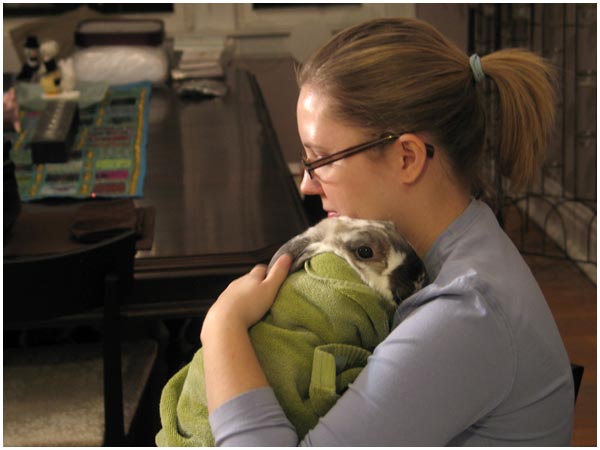 For most of the evening after, Baxter was still more or less listless. Instead of hiding out inside her box, she was perched at the top of her cottage, a place she typically goes to feel “safe.”

So far, not a lot of food eating. We were told to offer her greens like normal, but so far she’s still leaving it untouched. While I feel like there’s been some improvement, Baxter is still really not herself – no hopping around, no movement. She’s just sitting in place for long stretches of time.