The Tunnel Musicians of Chicago 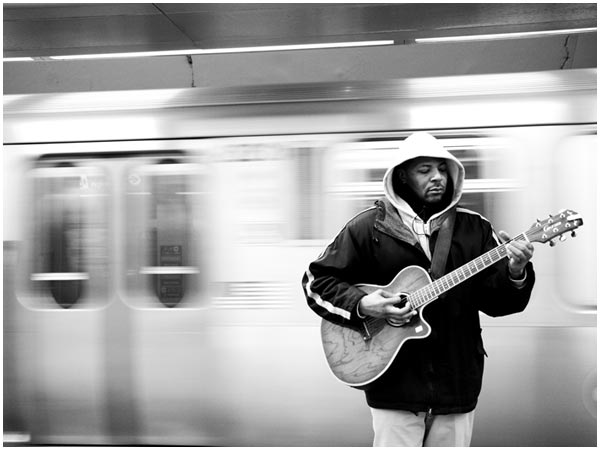 My friend and coworker Brian Leli wrote (and photographed and reecorded) a great piece for Gapers Block, entitled The Tunnel Musicians of Chicago.

Brian takes some really great photographs. And from his site, I know he’s a strong writer based on the reflections and thoughts he shares about his many travels. But this article was the first piece I’ve read of his that was more of an editorial, more of an article as opposed to a personal entry.

It’s a really strong, really well-written article. Not only are the images great, but he’s able to get in to the lives of each performer. He describes some of the musicians I’ve seen on my daily commute, and I’m awed at how deeply he delved into each person’s past, each person’s history.

And since this is a music-related piece, in addition to the photos… there are also audio snippets of each musician, performing. Go take a look, and a listen.