On my way in to work yesterday, I was walking up Jackson and spotted the Puppet Bike parked on the corner of Jackson and Wabash. At the time, there were a few people lingering around.

I’ve seen the Puppet Bike a few times in the area, but for whatever reason never got around to taking some photos for the blog. I was in a hurry to get to the office, and initially just walked on past the show.

But I got this sensation (which I’ve had in the past) that I should really slow myself down a bit. That work could wait and that I needed to go back. And I’m really glad I did.

In fact, writing this now… I’m really glad I have this blog. Normally, I would have just put my head down, and continued on in to the office. But the blog serves as a good excuse for me, a good way to ensure that I note and record the things that I might otherwise dismiss or simply take for granted.

After heading back to watch more of the show, in a matter of moments I ended up feeling like a kid again. And on a dreary Thursday morning, it was a surprise to find myself on a street corner, experiencing a kind of child-like wonder that I haven’t had in quite some time. 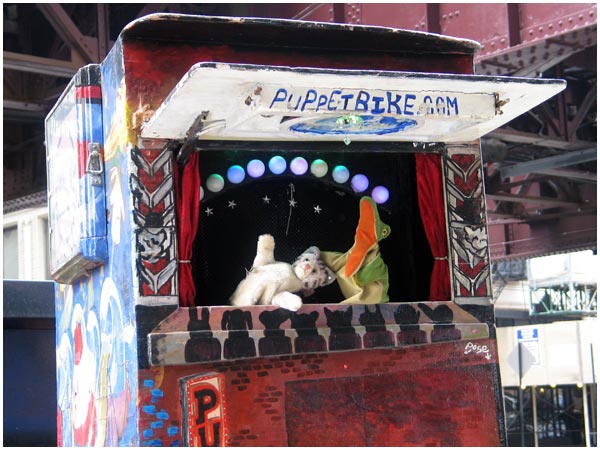 Two (of many) puppets, dancing to the music. 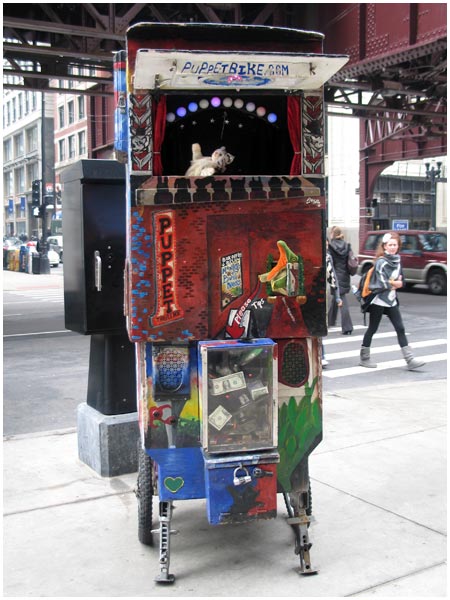 A view of the full stage.

I took this photo a few moments before dropping in a dollar. The box in the center has a hole at the top. And if you drop money in, there’s an access area where the puppeteer can get to the donations.

Shortly after I put my dollar in, the two puppets grabbed it and started dancing around with it (which was awesome). As a sign of gratitude, at the end of the routine the puppets did a little bow. They waved to me. 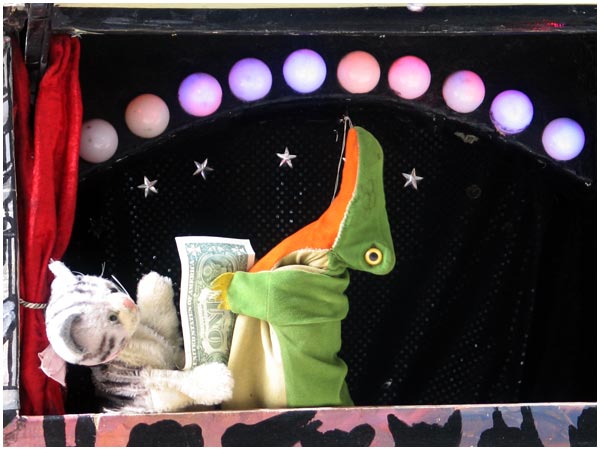 Closeup of my one dollar, and two happy puppets. 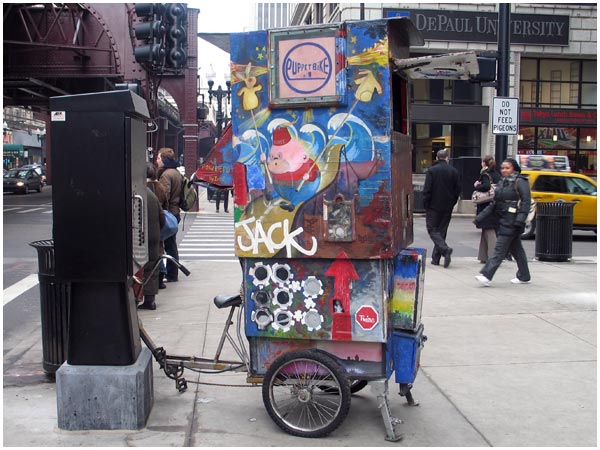 Side view of the Puppet Bike. 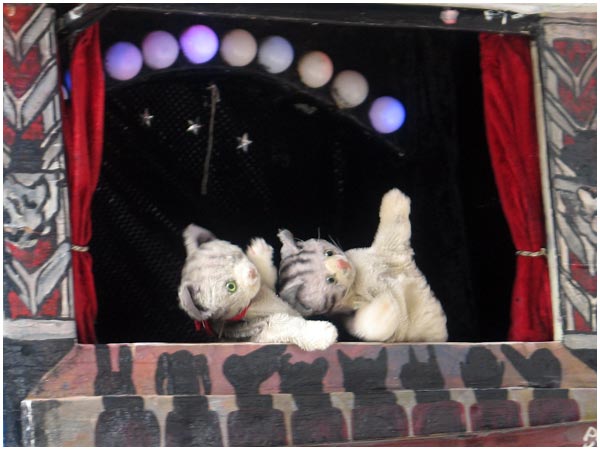 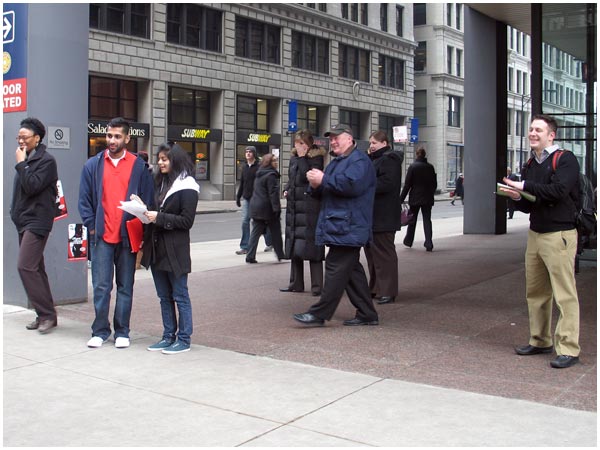 As I was packing up, a few more people gathered to watch. The times I’ve seen the Puppet Bike around, I’ve seen a good mixture of crowds gathered (they seem to ebb and flow). There was a whole other bit of delight, watching the crowd watch the show. I was definitely reminded of the Postcard Machine, from the Renegade Craft Fair a few years back.

In doing a bit of research after the fact, I found out that the Puppet Bike was built by brothers Jason and Eric Trusty. In addition to Jason, there are also a lot of other artist who use the bike to perform in shifts. Here’s an excerpt from a Time Out Chicago article on the bike:

“One of the greatest things about the Puppet Bike is how it disarms so many people from so many different places in life,” says inventor and artist Jason Trusty, who will celebrate four years of peddling (and pedaling) glee on Saturday 25. “First it makes them laugh, then makes them dance and sing, and then later on it makes them think.” Think – or at least forget what they were worrying about moments before.

In watching the puppeteer interact with the people crowded around the bike, I was fascinated with how the puppets could influence the crowd’s reactons. By using nothing more than his hands, the puppeteer could cause a ripple of laughter. A slight flick of the wrist or tilt of the palm could incite a round of applause.

It was surprising to see how much pleasure can be derived, simply from one person waving to another.