The Reverse Geocache Puzzle: Locked Box That Only Opens at a Specific Location 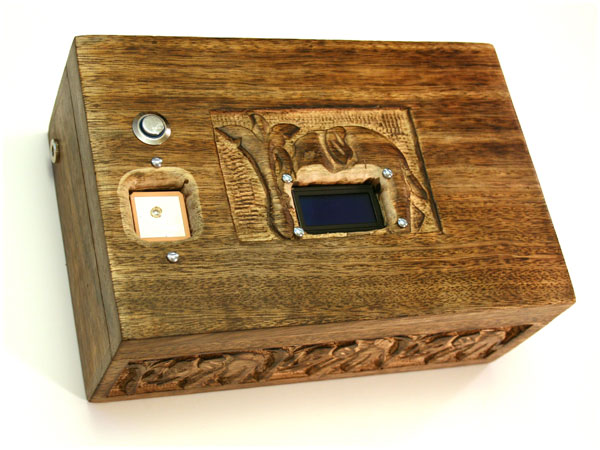 I happened across a wonderful Arduino project by Mikal Hart called The Reverse Geocache Puzzle. It’s a locked, wooden box containing a smattering of electronics, and a GPS device.

Unlike traditional geocaching, where participants use a GPS device to locate a hidden box, this particular project does things in reverse: the box will only open when taken ot a specific location. The trick isn’t in finding the box, but in finding the place.

On the top of the box is a button and a small display screen. When the button is pressed, the GPS device checks to see where the present location is. If the location is wrong, the box powers down. To make things even more puzzling, Hart’s project only allows for a total of 50 attempts.

Here’s an extra kicker: I found out about this project via this Ask MetaFilter post by snapplepop, who wanted to find a good location in Cincinnati to propose to his girlfriend. He was also planning on building a similar box, which would lead her to him… and at which point, he would propose.

The original post happened in January, and I just noticed this morning that there was some additional follow-up a few days ago. Great concept, and a fun proposal story to boot.