Last week, Justin invited me out for some post-work drinks. We’d both been busy the past few weeks, and an extremely long time had elapsed since when we last hung out.

Justin mentioned wanting to try out someplace “new,” and so we walked down Jackson and headed west. Me, I’m a creature of habit and I like my ruts and routines. So I was a bit wary as we headed off to a new place… but this is one of those great moments where the blog comes in quite handy.

This post is really more of a post-it note for myself. The pics I took aren’t all that good, but this post is more a kind of bookmark, a reminder of sorts that new isn’t always bad. And that I need to relax and enjoy the process of discovery more.

The place Justin had in mind was called Cal’s Bar, and was located on the corner of Wells and Van Buren.

A brief aside: the domain name, drinkatcalsbar.com is fantastic. The broken image on the home page seems pretty perfect too, actually. Make sure you click and get to look around the interior home page. 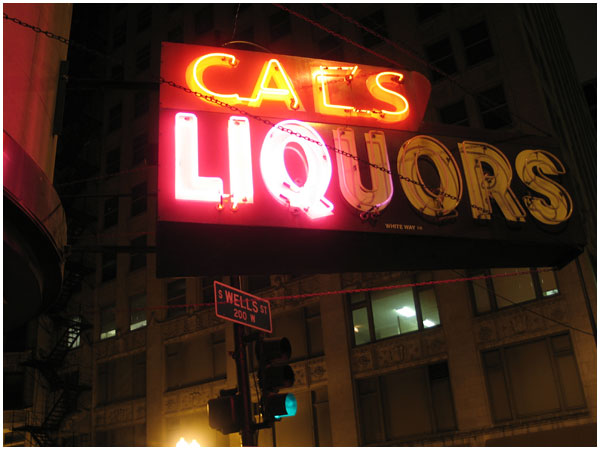 On arriving, we weren’t 100% sure where the bar was. We saw a large sign for Cal’s Liquors, and saw the doors to the storefront… but we had to walk around the side to spot the bar itself. Turns out, the bar is sort of an extension of the liquor store, and the only way to get inside is to actually go through the liquor store. 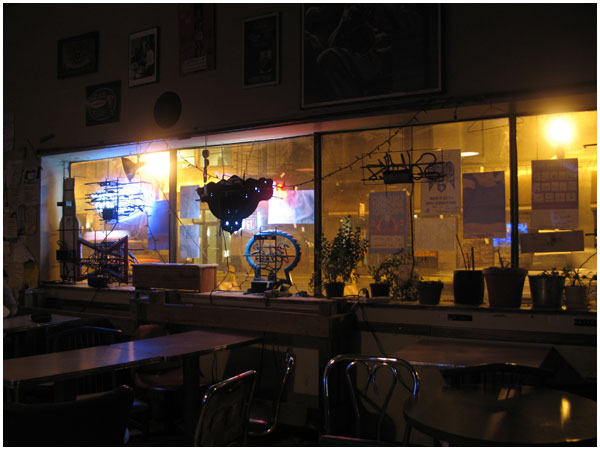 On walking in, the entire bar was quite small and dimly lit. To give you a sense of the vibe of the place, there was a sign hanging over the main entryway that asked “What Would Neil Young Do?” The only other folks present on a Thursday night were a group of three traders, just off their shift and sitting at a table drinking PBRs. They were young (late 20 somethings), each wearing ties but looking pretty relaxed. 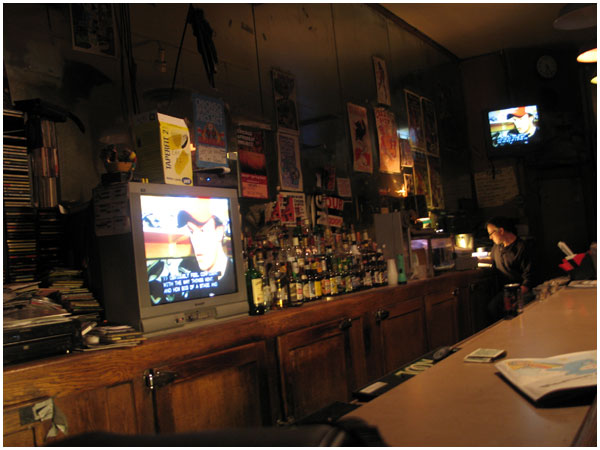 Justin and I took seats at the bar. 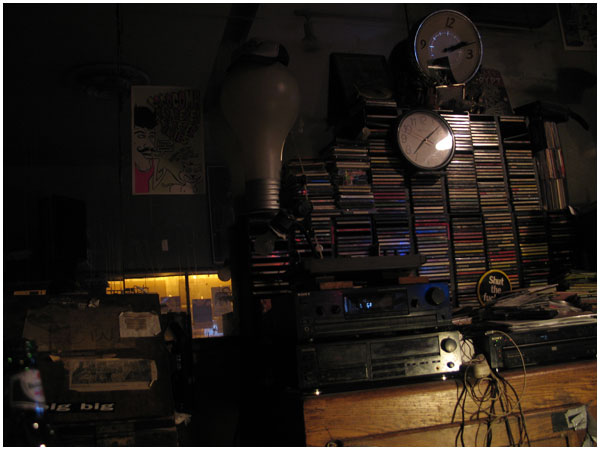 This is the music setup. A bit earlier, the bartender was plugging in his iPhone and playing some songs for a friend who had come in to visit.

Justin and I chatted a while, and geeked out on work and technology. I havne’t done a ton of post-work drinks near the work area, but I have to say that Cal’s felt good. There was a tinge of nostalgia sitting there at the bar, and I was reminded of my undergraduate days… and also thought of Larry’s in Columbus. 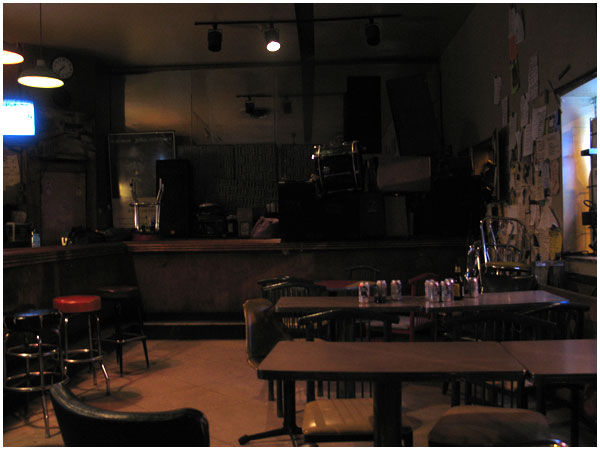 View of the rest of the bar. 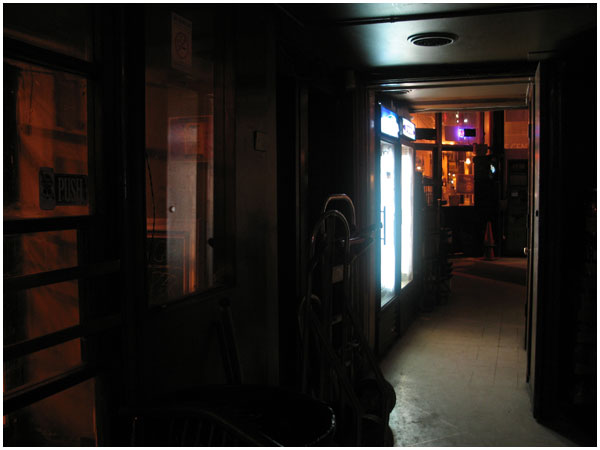 On our way out, circa 7:45 PM. The liquor store had closed down, and we were the stragglers. As the bartender walked us out the door, I asked what time they normally closed. His response was that it varied – if it looked dead, he closed up shop early; if it was busy, he’d keep things open longer.

Drinking at Cal’s was a fantastic way to hang out, post-work. It’s hard for me to imagine what the place must be like right at 5:30 PM, when the traders get out. Or even on a Friday night, when it’s jam packed for a show. I have a hunch a bunch of us will trek out to Cal’s sometime soon, sit by the windows and… if we’re lucky, listen to a little Neil Young.