Last night, several folks got together to help celebrate Chris’ birthday with a meal at Ethiopian Diamond. We came here once before, back in 2008, but at the time Liz and I were on South Beach and had to avoid the Injera bread entirely… which is half the fun/taste of Ethiopian food. 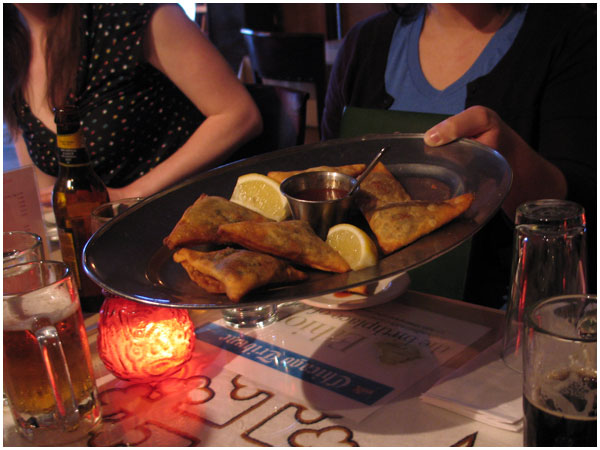 Though we were a bit late in arriving, the whole evening was a slow one. When we showed up, folks were still working on their beers and some appetizers (sambusas) were being passed around. 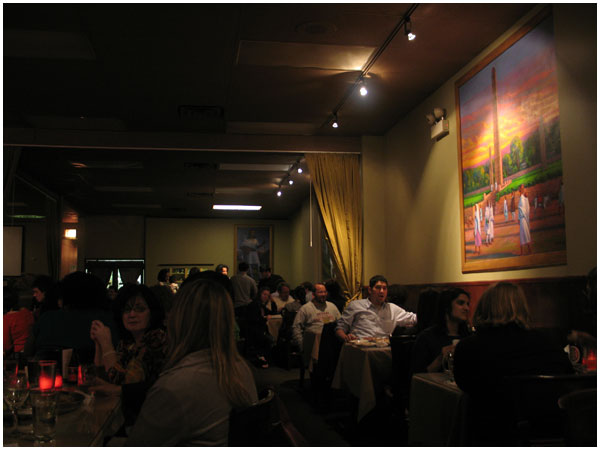 A view from my seat, of the restaurant. 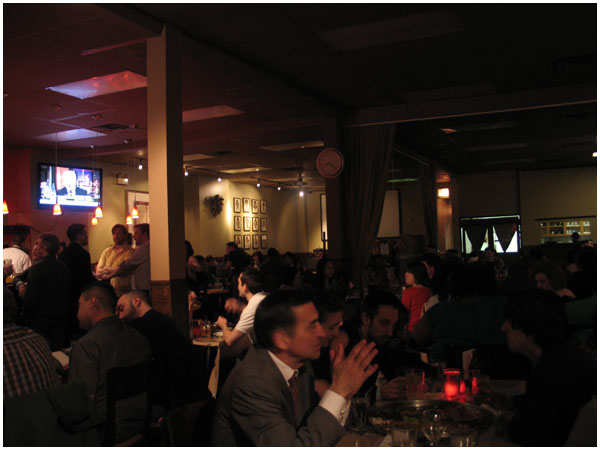 The entire place extends pretty far back, and is a a large open space. There’s usually musicians performing in the back, though surprisingly… every time we’ve come here, our tables have been near the front. 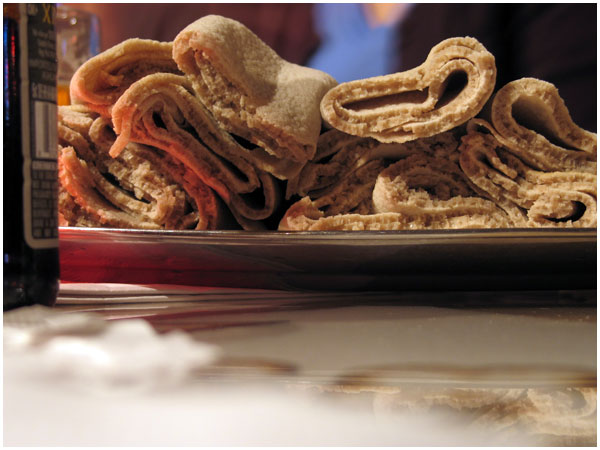 Some of the delicious Injera, which actually has a slight tang to it due to the fermentation/preparation process. 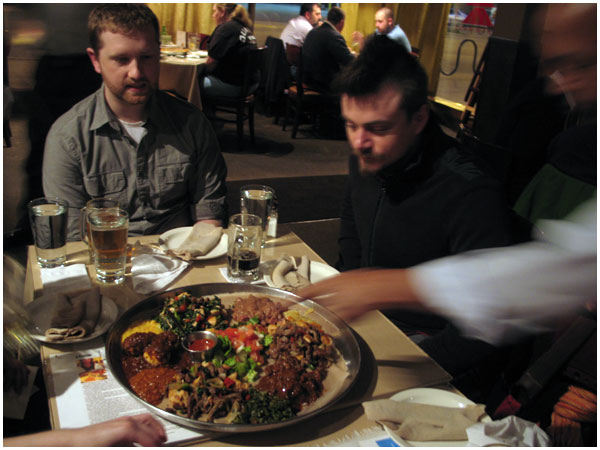 The first of two large dishes – this one is all meat dishes. 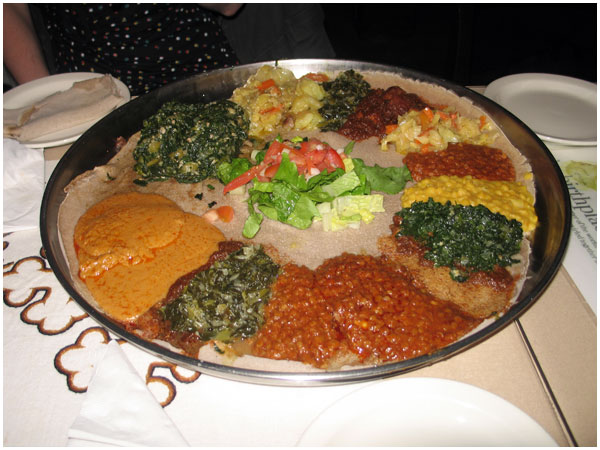 Second plate is all vegetarian. Surprisingly, I ended up really preferring the vegetarian options over the meat. Something about the overall texture and taste I think, that made the vegetarian portions that much tastier.

For those new to Ethiopian, you eat by ripping off a small bit of Injera and pinching the food you want. There aren’t any utensils at the table, so the whole dining experience is this gigantic, communal and messy affair. Definitely a family style kind of thing.