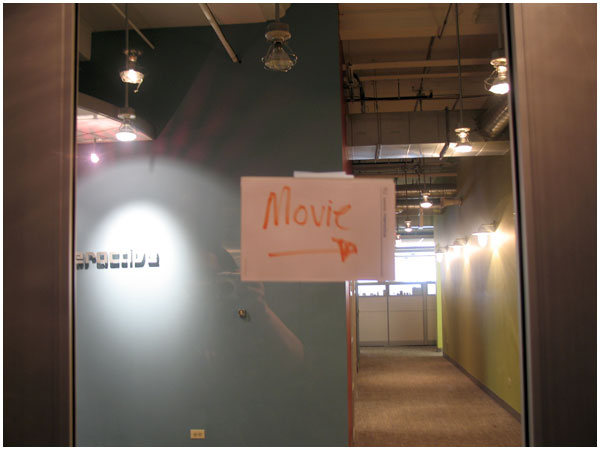 Several weeks back, Kevin P recommended that we all watch the Pixar documentary entitled The Pixar Story. It follows the arc of the company, from its humble beginnings and the incredibly successful period where it just kept on making hit movie after hit movie.

Yesterday afternoon, we got a bunch of pizzas ordered and a room in our annex was set up with chairs and a projector. We then spent the next two hours just watching a movie about some guys who were very passionate about making movies. 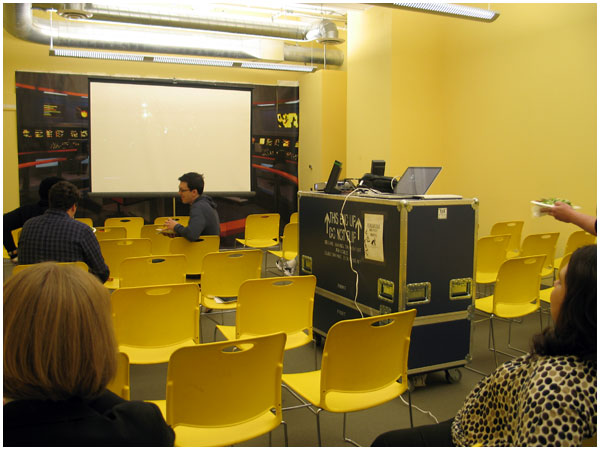 The film (and the story of Pixar) was definitely inspirational. There was a lot of emphasis on the culture, and how important that was to the strength of the company. But for a company that played hard, it also worked incredibly hard. Scooters and see-saws in the office place also meant working some pretty brutal hours, and sleeping in the office.

Overall, it was a great story about how a small group of very passionate people grew, and ended up becoming an even larger group of very passionate people. It left me, as it did others, rubbing my chin a little after the movie and wondering at all the possibilities that were out there. It made me think of my projects, both for work and for myself, and it made me think about what I wanted to aspire to create.

I’m glad I work for a company who’s willing to say that yes, it’s worth two hours of company time to be inspired, and to dream a little. It feels good to work for a company that places an importance on culture – to hear that in addition to deliverables and timelines, it’s important to collaborate and to be passionate about what you do. 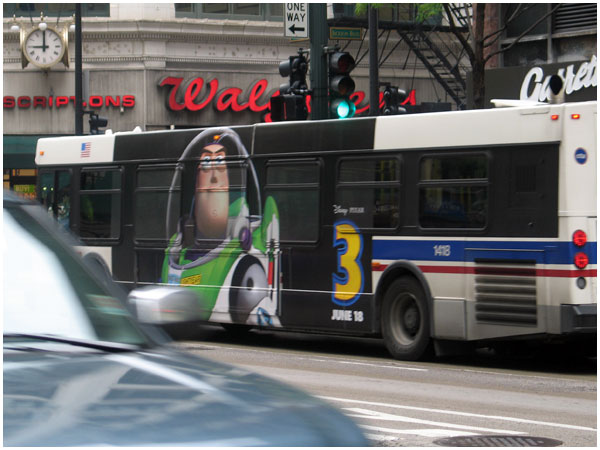 Just got to work, and this is what I saw when I emerged from the CTA stop: a city bus featuring Buzz Lightyear, promoting Toy Story 3.

What struck me the most was how iconic this movie has become. Notice that there’s not even a mention of the movie’s title – Next to the image of Buzz, the blue and yellow number three is all that’s needed for people to immediately recognize what this is. Amazing.

Related:
Lunch is Served Up
Star Trek in the Office