After work on Friday, I headed over to Intuit Gallery with Justin and Ben L, to check out the opening of Almost There: A Portrait of Peter Anton. 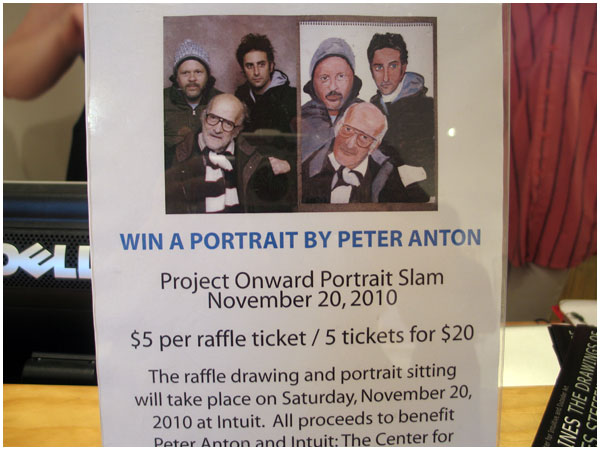 I thought there was an admission of $5, but on arriving found out it was free. So I used my $5 to buy a raffle ticket, to get my portrait drawn by the artist. 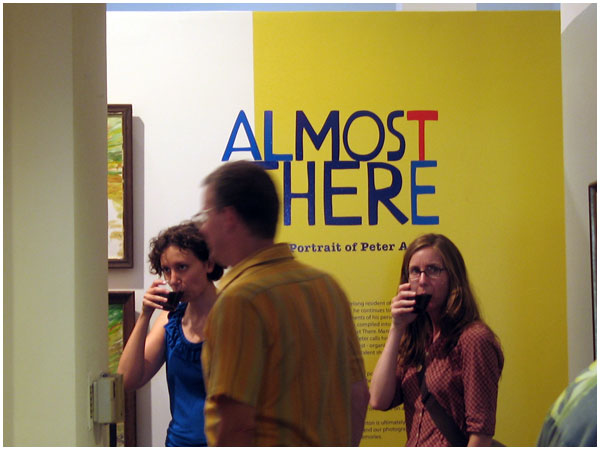 Looking down the corridor towards the exhibit entrance. 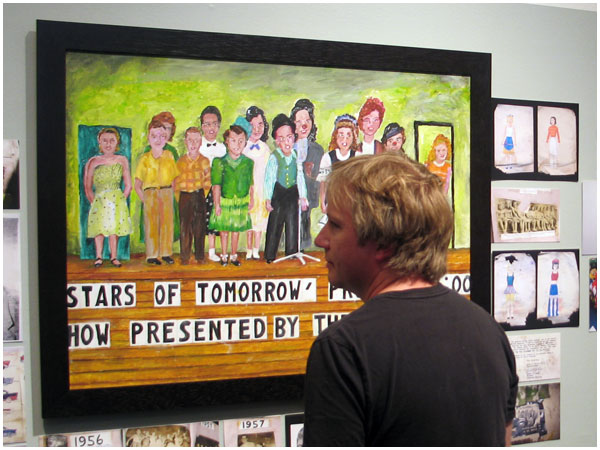 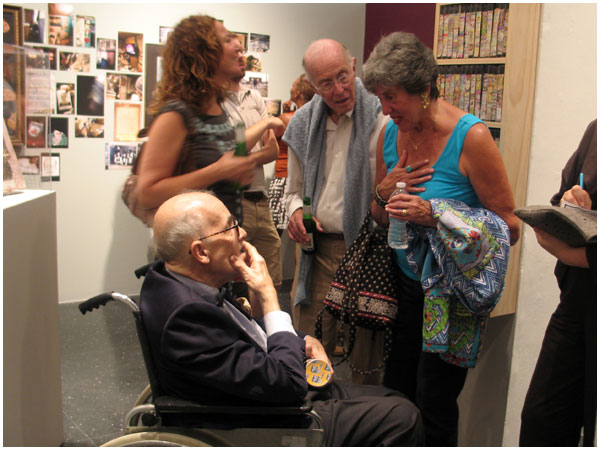 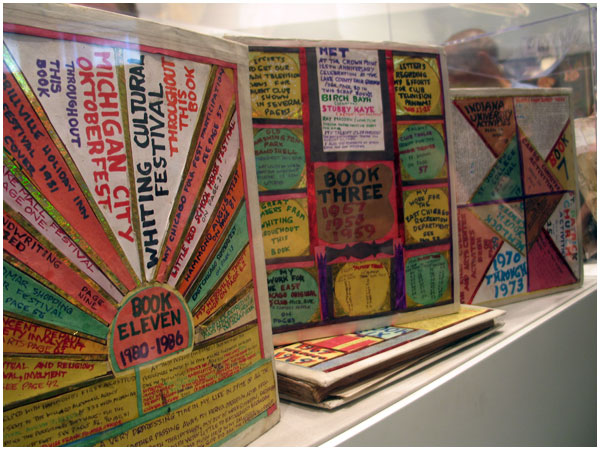 Some of the many notebooks Anton has kept, chronicling the events of his life. 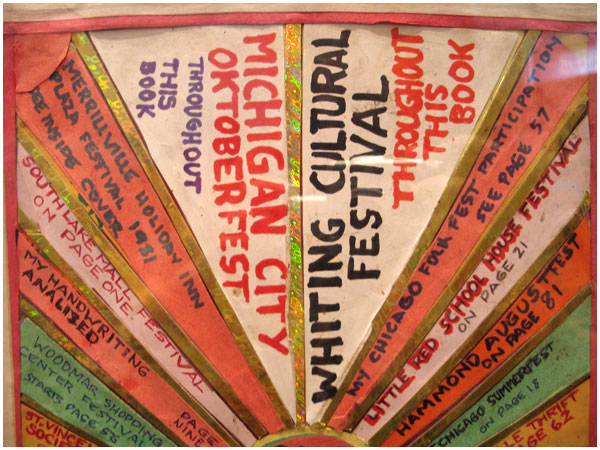 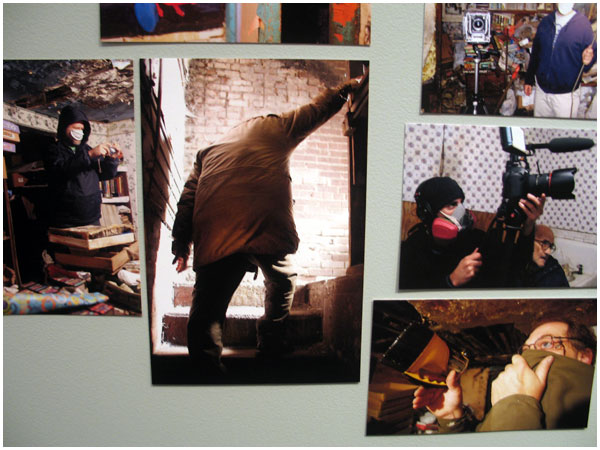 A few photos of Dan and Aaron, inside Anton’s home. Note the necessity of masks. 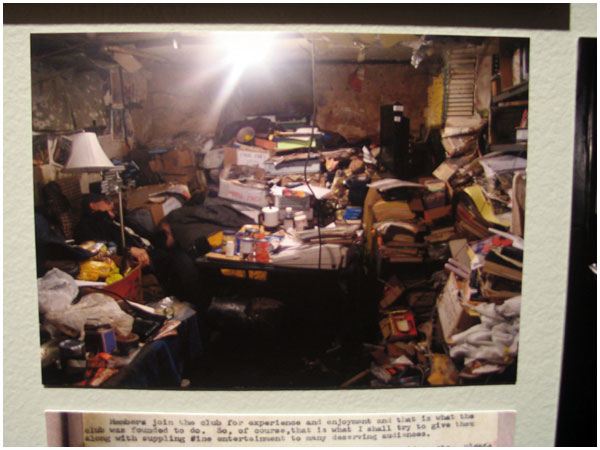 A room inside Anton’s home. When I spoke with Dan about Anton’s poverty and the way in which he lives, I asked him whether it was difficult to be there… and whether he tried to get Anton moved to a better place. His response was “Every day!”

The thing I found out was that Anton chooses to live the way he does. And I think that’s the paradoxical thing about Anton, and about the whole exhibit, actually. It’s like seeing someone who is totally consumed with the past.

The exhibit itself was a mixture of things: lots of Anton’s work was show, but there were also lots of photographs by Dan and Aaron: images of Anton himself, along with his house. There were several moments where I felt like an intruder, where I felt a little wrong being able to see as deeply into his life, in such a public manner. 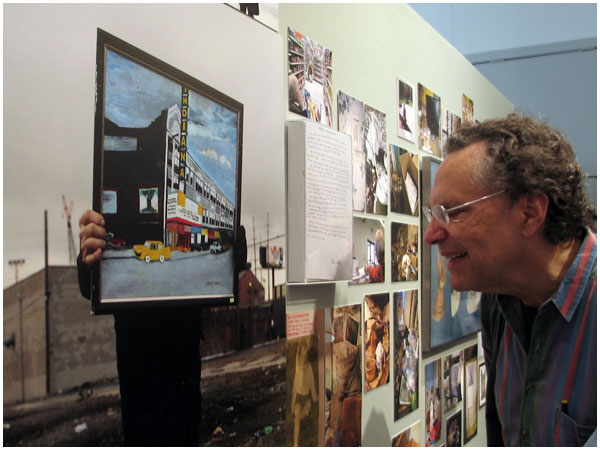 Attendee looking at a photo of Anton, holding up one of his paintings. 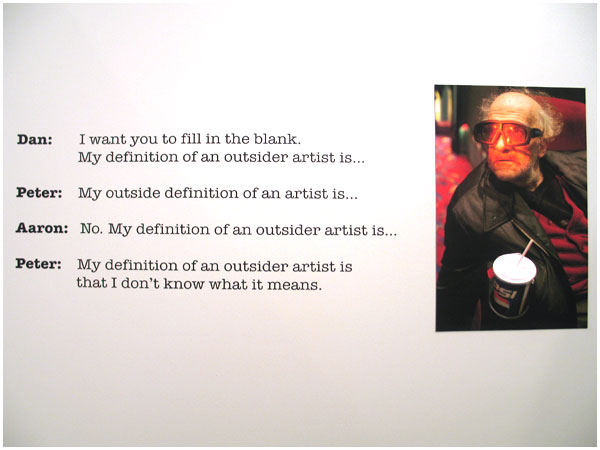 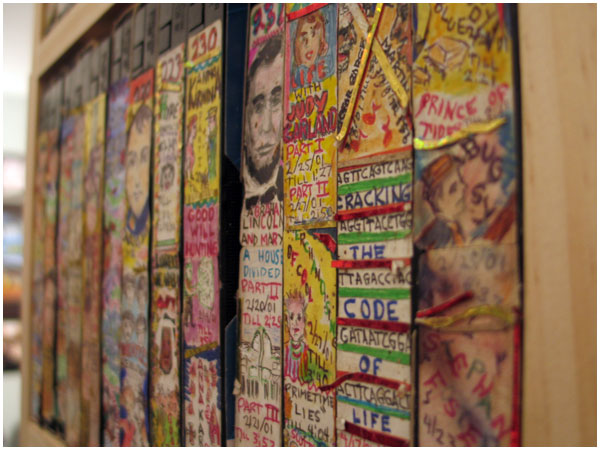 This is a row (out of 6 total), containing decorated VHS tapes… each one describing what shows or events are contained within. 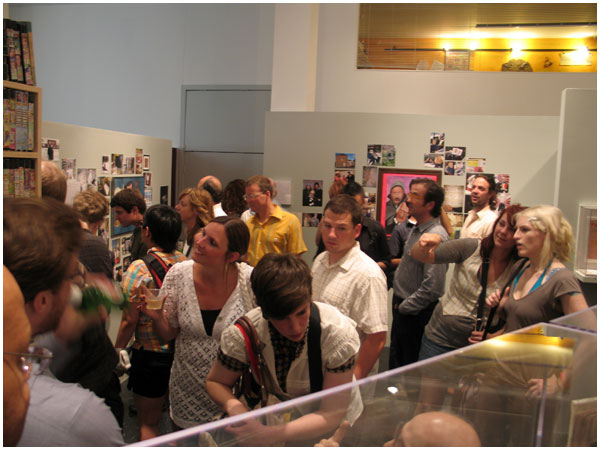 View of the gallery space. It got pretty crowded at times. 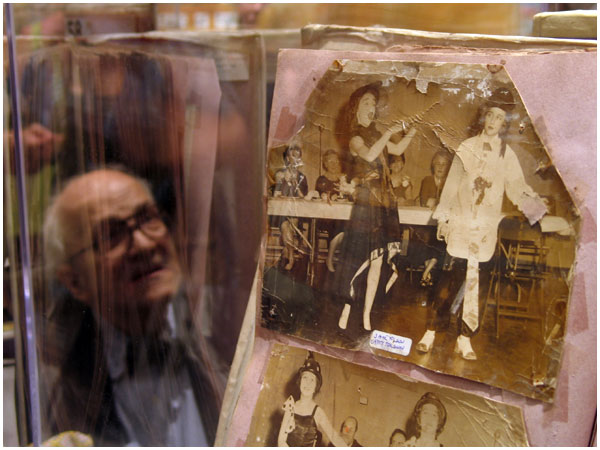 I happened to catch a reflection of Anton, near one of the displays. This is my favorite shot from the event. 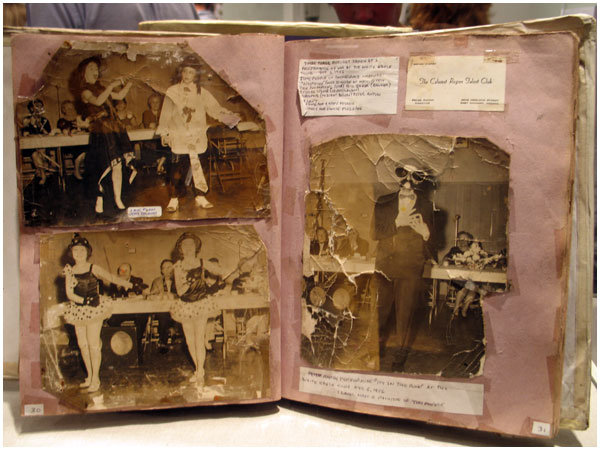 Detail view of the photographs. 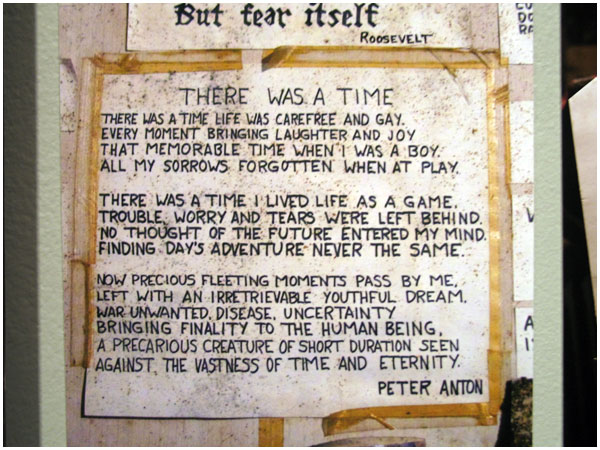 As I was reading this, it slowly dawned on me that the poem was actually a sonnet. I think this moment best summarizes my experience of the exhibit – a sort of discovery process where what’s revealed is different from my initial impression.

I was surprised that someone of Anton’s (age? financial circumstance?) would actually know the sonnet form. And then I immediately felt bad about thinking that. I guess that says more about me than it does about him. 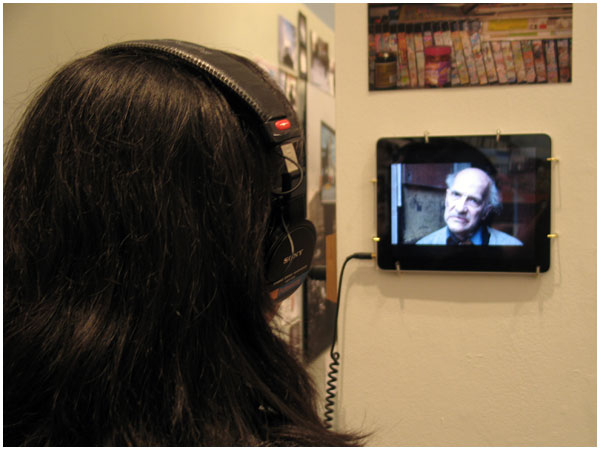 A mounted iPad, complete with headphones, showcases some of the video footage taken by Dan and Aaron (the curators). 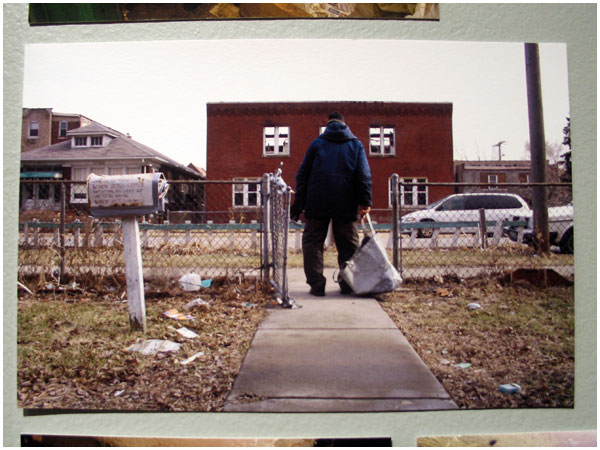 A photo of Anton, outside his home. 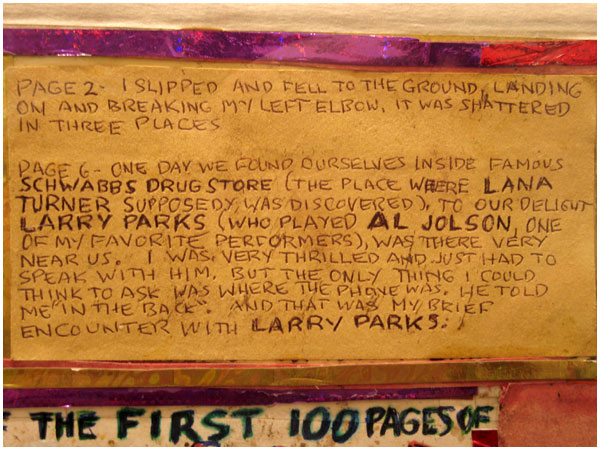 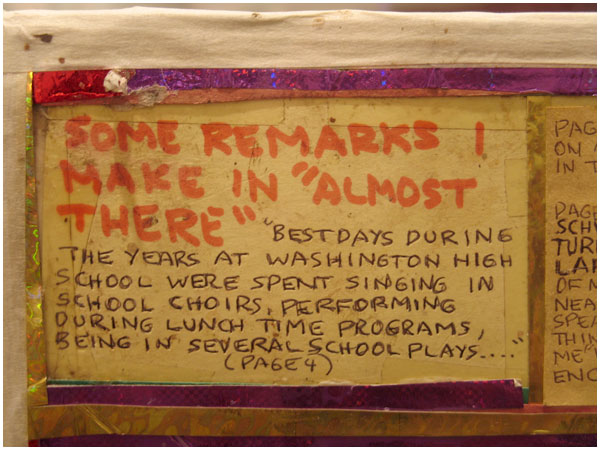 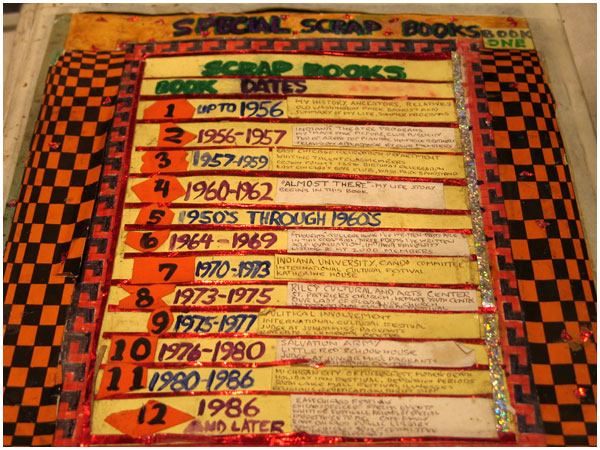 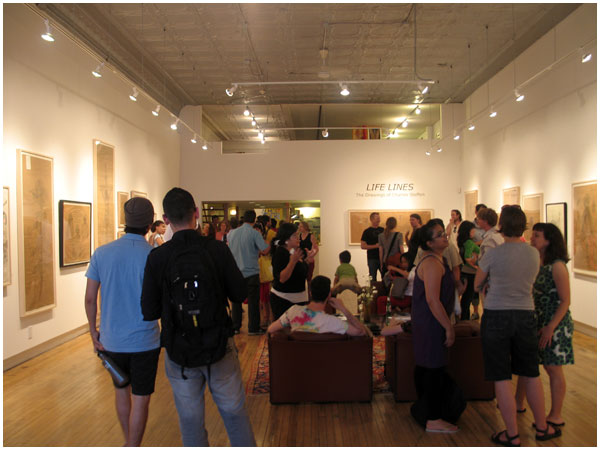 As I left, this is the view looking in to the gallery. A lot of folks were in attendance, and people congregated in the main gallery to sip wine and chat.

The exhibit runs until December 30th, so if you find yourself in Chicago between now and then… consider swinging by Intuit and checking it out.

Related:
Almost There: A Portrait of Peter Anton