Last week, Liz and I officially got memberships at the local XSport gym (on Logan and Elston). Liz has worked out before, but beyond a few trips to a YMCA when I was in grad school… I’d never really done any kind of workout routine.

Liz and I both felt like we needed a change, and needed to get a little more active. Since our move, I’m even closer to the Blue Line than before. And with my office door literally steps away from the Blue Line exit downtown, I barely even get to walk, to and from work. So the only exercise I get involves a mouse and a keyboard.

Well, this is about to change. We both signed up for personal trainers, who will help us get on a decent eating schedule, workout routine, and get acclimated to the various machines in the gym. We both are looking at the personal trainer thing as a temporary/intro thing, getting us up to speed and comfortable with what we need to do for ourselves… and then eventually being able to do everything our own.

For me though, it’s nice to have a third party who’s serving as both instructor and motivator. It’s a lot harder to hit the snooze button when you know someone else is waiting for you, checking their watch at the gym.

Last week, prior to the start of our training, we were told to keep a food log. It’s amazing how something as basic as recording your food intake can influence what you actually eat. There were days where I wanted fast food, but when I realized I would have to record it and show it to my trainer… it stayed my hand. There mere fact of keeping a log actually helped me eat better.

This morning was my first session. Originally, I had it scheduled for 5 – 6AM, but got a call last night, asking if I could reschedule at 6AM instead. Since I update the blog typically in the mornings, I wanted to get the workout done and still get a little time in front of the keyboard, before work. 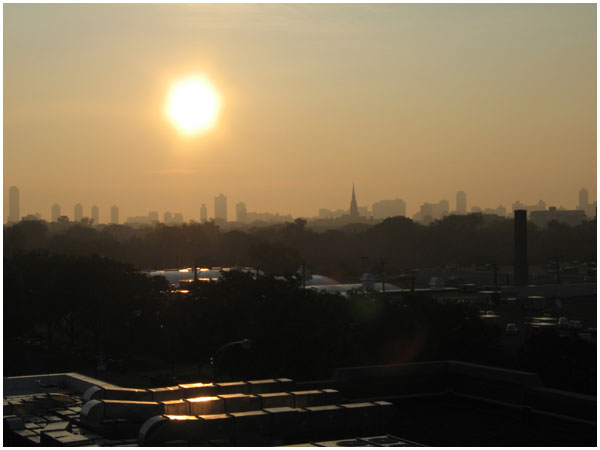 5:55 AM, on the top floor of the XSport parking garage, looking at the skyline. 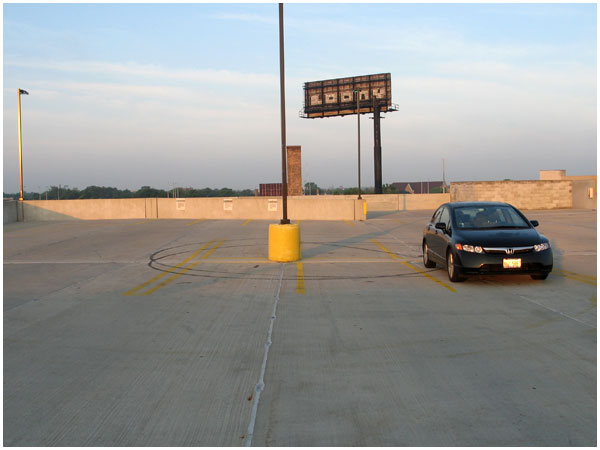 There were plenty of people already at the gym, but no one else was around on the top floor. It felt like a nice quiet way to start the day. 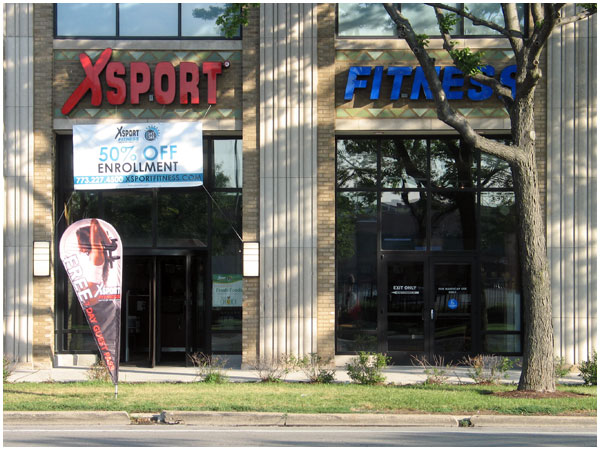 My trainer’s name is Lorenzo, and the first session wasn’t much of a workout. I say it wasn’t much, but I still feel it, even though we didn’t do all that much (which makes me a little nervous for next time).

The first session is free, and it’s mostly just an assessment. Height, weight, discussion about diet and when to eat. I’m now adding protein shakes to my diet, and also increasing the number of times I actually eat during the day. Eating more frequently means that I’ll be trying to up my metabolism, and burn more just doing normal, every day things.

I worked out on a few machines, but they were more to introduce me to the proper form, and what areas they focused on. Lorenzo kept stressing how important breathing was, and I realized it was actually something I actually had to concentrate on. It was kind of difficult to keep a regular breathing pattern, and not just hold my breath and go and go. Very weird and eye opening.

We did this ball thing with me on my back, and after like 2 or 3 movements… my abs and upper thighs lit up. It was kind of embarrassing actually, how difficult it ended up being.

We ended with some stair climbing, and this too was pretty humbling. I was only able to do about 3 or 4 minutes on a fairly moderate speed. Difficulty at the beginning, and all that.

I enjoyed working with Lorenzo, and he has a very interesting history. He’s just come from the military, and had done a ton of tours (Iraq, Afganistan, among others). He’s been shot twice. Yeah.

He’s disciplined, but came off as approachable and friendly. I liked the fact that he told me we’d be doing things I wouldn’t normally be able to do on my own. If we just did stuff I could already do, according to him, there’d be no point in me giving him money.

He said he wouldn’t try to kill me, but given his Army background… he knows people are often capable of more than they think they’re capable of. That said, I’m still definitely nervous about next time. I definitely felt the ball exercise and the stair climber, just for those brief moments. Wednesday is the “real” workout, and that’s a bit daunting. But in a good way. 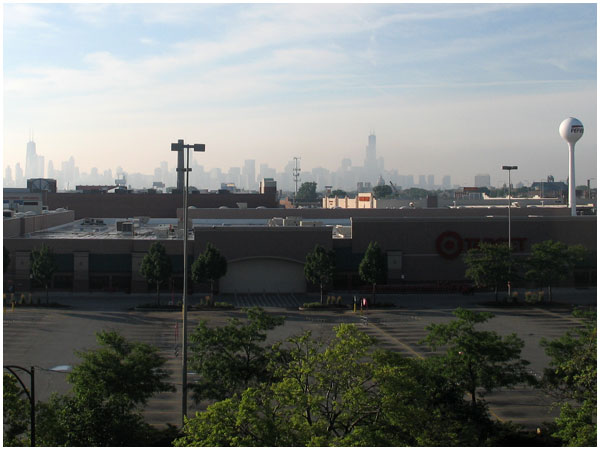 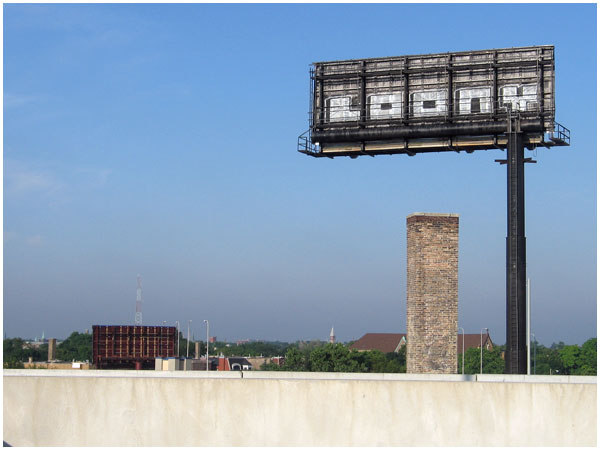 And a nice shot of one of the biggest tags I’ve seen in Chicago. I recognize Loony’s name from Bucktown and Wicker Park, and this one is just plain impressive.