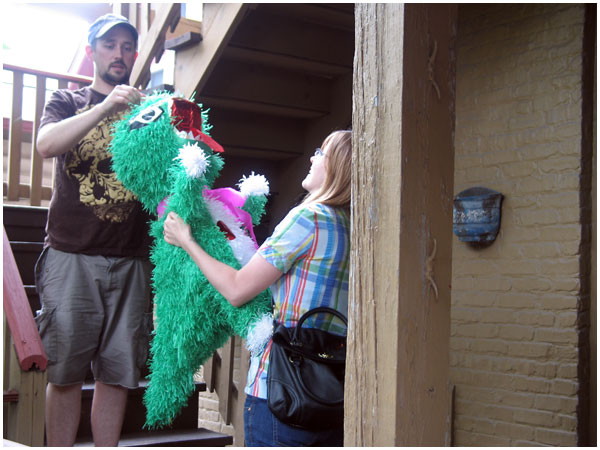 On Sunday, a few of us headed over to Ben and Allison’s place, to celebrate Ben’s birthday. A little while after we arrived, Chris and Leslie showed up with a third guest: a freaking awesome piñata they had picked up. 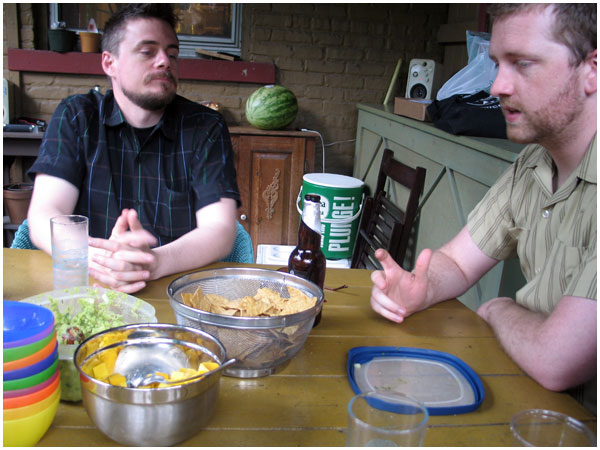 Justin and Chris. chatting over some delicious guacamole and mangos (brought by Chris). 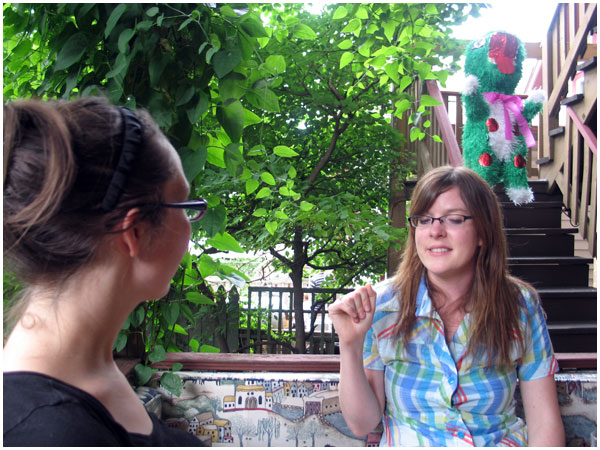 Allison and Leslie, in the shadow of the piñata. I love how it’s looming there, in the background. And also how it has four nipples. 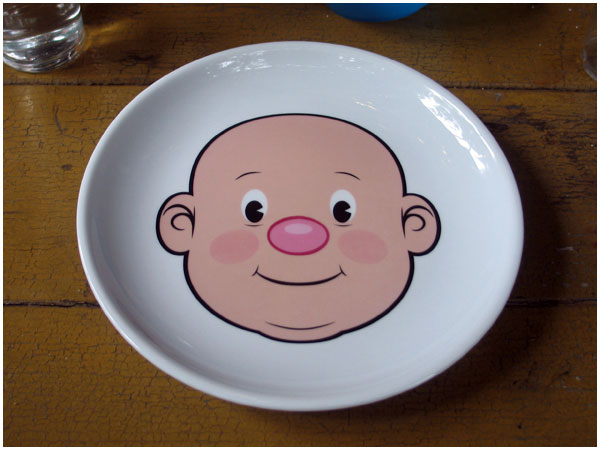 This plate can’t get any more awesome. 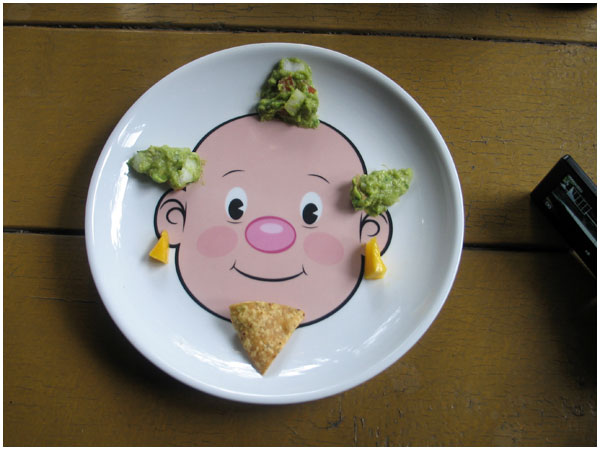 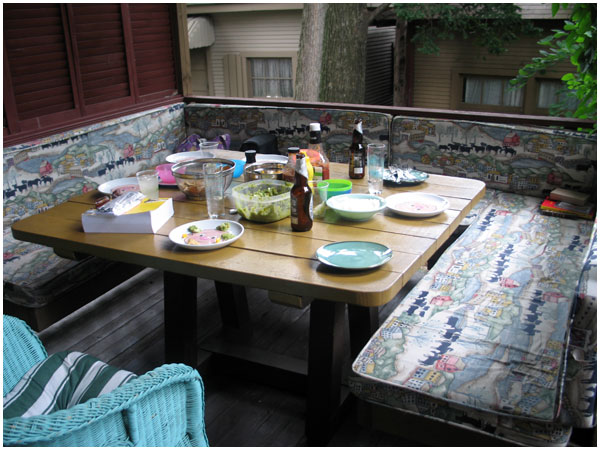 A view of the awesome back porch at Ben and Allison’s. 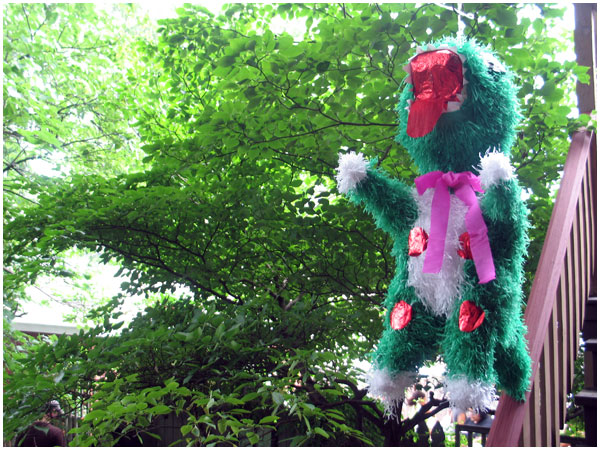 Sadly, there was no piñata action to be had. Ben’s spending the next week with his kids, and he decided to save it for them to knock about. If you’re hankering to see a piñata get whacked… maybe check out this old entry.

We had lots of good food. I was sipping most of the night on some cantaloupe water (which was delicious). In addition to the great guacamole, we had grilled baby bok choy, an immense fruit salad with strawberries and blueberries, and some brats.

This was one of those parties where the guest of honor ended up doing all the cooking. Despite it being his birthday, Ben spent a lot of his time at the grill, and also making sure everyone had enough to drink. But that’s the kind of guy Ben is.

As the afternoon led into evening, Justin brought out his Slang Dictionary, and we all played a few rounds of Ballsdurdash.