Japan’s Hikikomori: Teens Who Have Withdrawn From the World 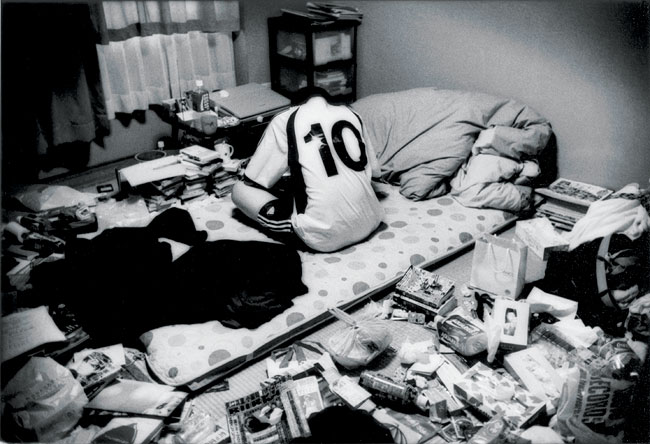 The Japanese term hikikomori roughly translates to “withdrawal,” and refers to a person who has shut themselves in their rooms for six months or longer, with little to no social contact. More than just a phase or typical teenage brooding, the length and depth of withdrawal is incredibly alarming, particularly for those young men who feel there is no place in the world for them.

After years of being bullied at school and having no friends, Y.S., who asked to be identified by his initials, retreated to his room at age 14, and proceeded to watch TV, surf the Internet and build model cars – for 13 years. When he finally left his room one April afternoon last year, he had spent half of his life as a shut-in.

The numbers are just difficult to understand and believe. It’s easy to imagine someone hiding away for a few months, possibly even as long as a year. But withdrawing to such a degree where it’s literally years is incredibly hard to fathom.

In every country, young people have adjustment disorders. In Western culture, people are homeless or drug addicts. In Japan, it’s apathy problems like hikikomori.

The article tracks the stories of a few hikikomori (about 80% are male). It also follows an organization called “New Start” – a support group whose goal is to reintroduce hikikomori back into society, after extremely long periods of isolation. It’s a slow process, even at the best of times. In one particularly extreme example, a worker for the Tokyo Mental Health Academy counseled a hikikomori for more than 10 years (over 500 visits), before convincing him to leave his home.

I have to admit – there was one moment in the article where Y.S. was asked to build a car for some children at a nearby day-care center. The description of his reaction, a moment where he was asked to “show his value,” actually got me a little choked up.