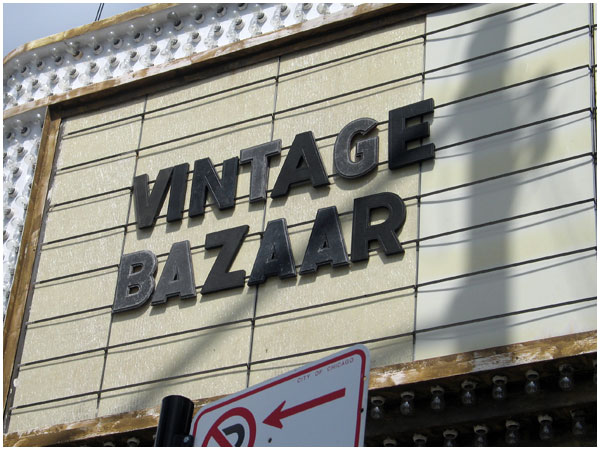 The Vintage Bazaar took place this weekend, and this time around the venue moved to the Congress Theater on Milwaukee.

Based on the last bazaar, we figured there would be a ton of folks. Arriving about 30 minutes ahead of time, we found ourselves fairly close to the front of the line. 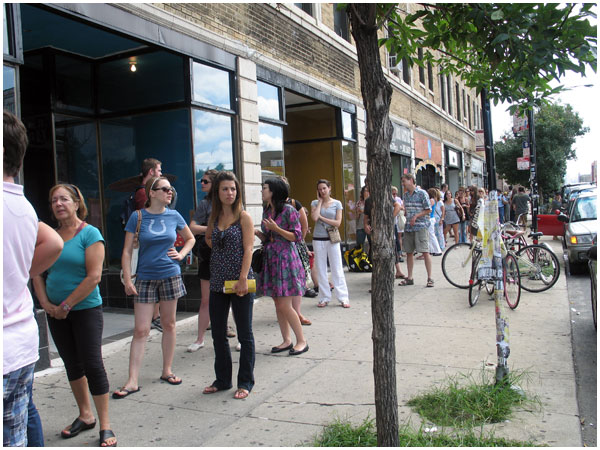 After a while though, the line stretched pretty far back (about a block). 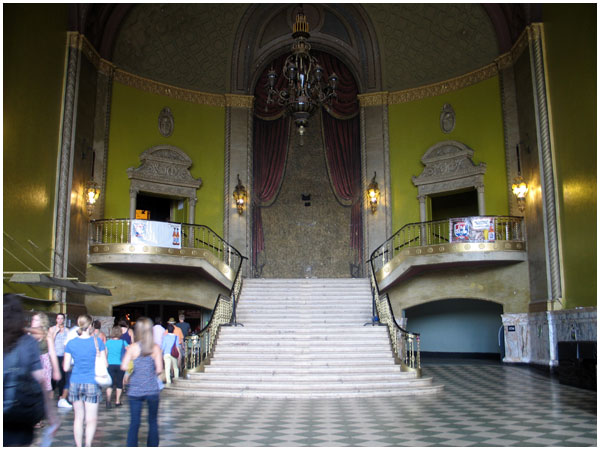 I don’t really go to a lot of shows, so this was my first time stepping foot inside the Congress. I was struck immediately by the high ceiling, and the grand stairs leading up to the balcony. 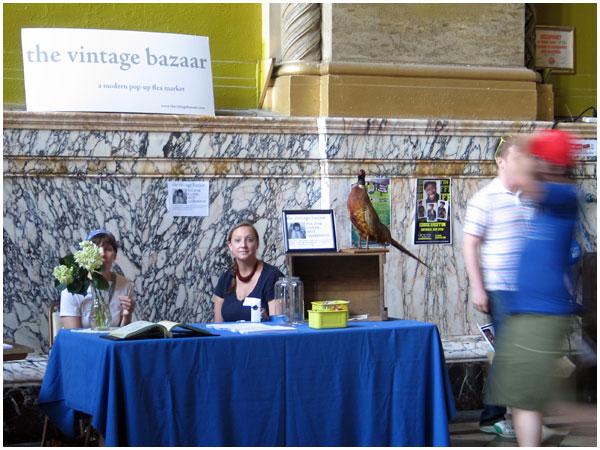 Vintage Bazaar, main desk. I was watching them watch all the people streaming in. 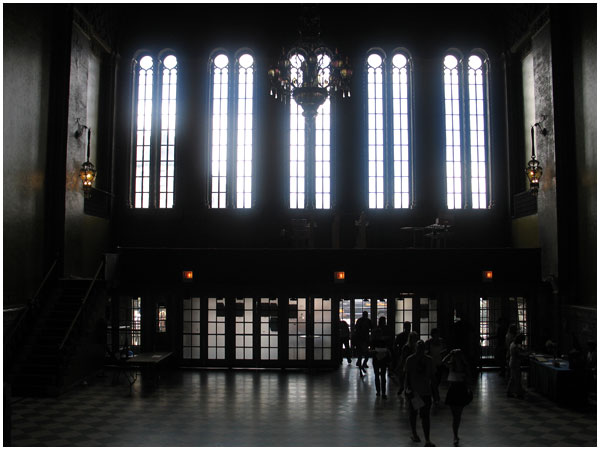 This is from the stairs, looking back at the entrance. 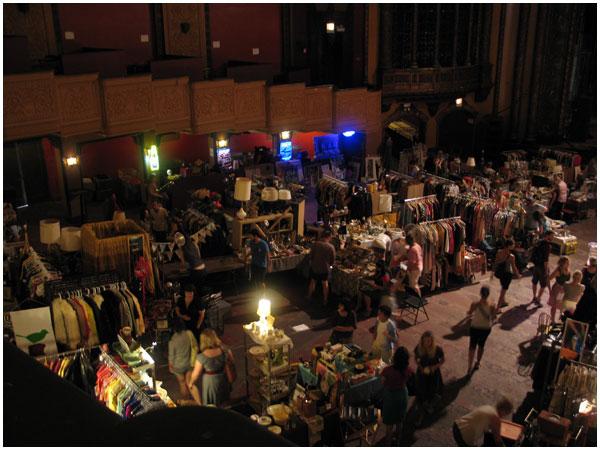 Since I wasn’t doing a ton of shopping myself, I immediately headed up the stairs to the balcony area. I half expected someone to stop me or ask what I was doing, but I never ran into anyone else up here. Peering over the balcony, this is what I saw. 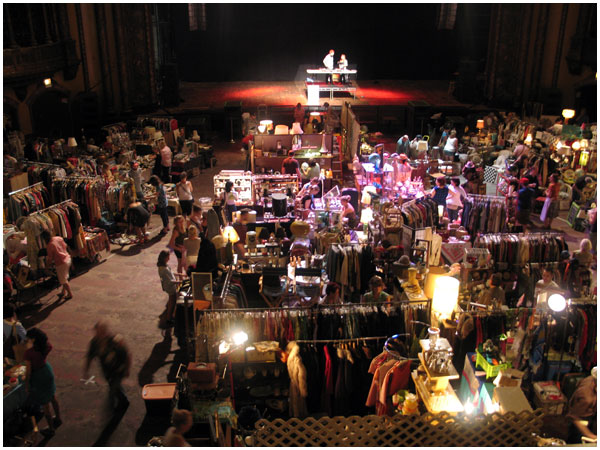 Lots and lots of little booths, with a DJ center stage. 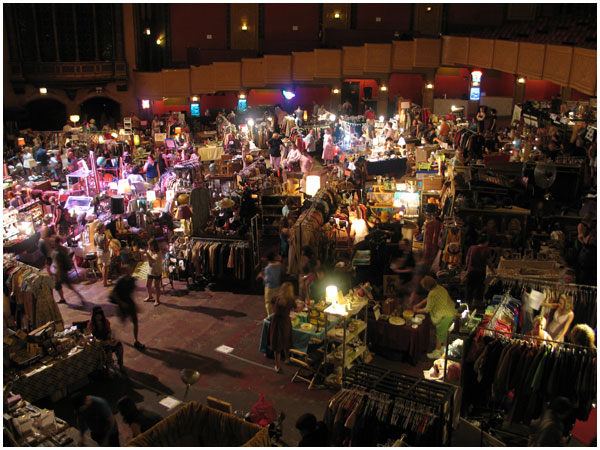 Looking to the right a bit. 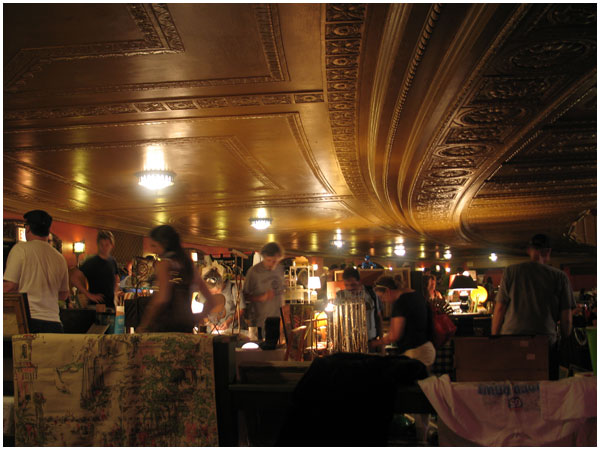 After taking some shots upstairs, I went down to wander the floor. The whole area was a little dark, with individual booths providing their own light. In addition to the booths on the main floor, there were several larger areas that were situated directly underneath the balcony. 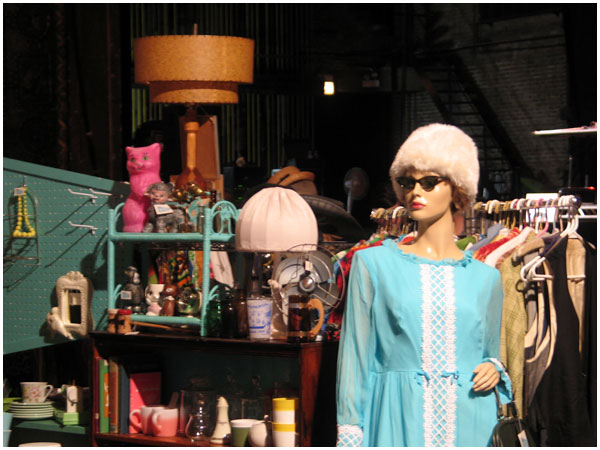 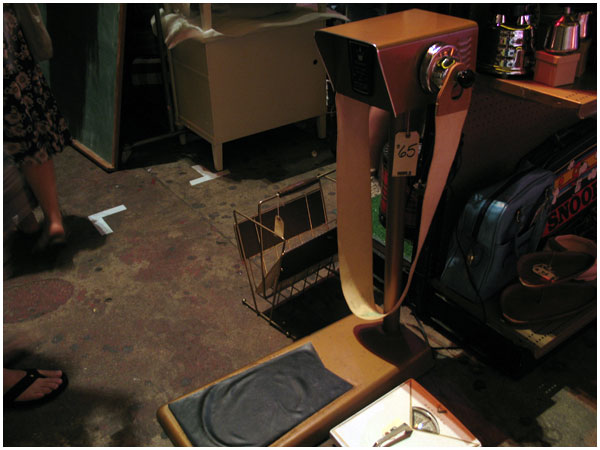 This was pretty tempting. The vendors would occasionally come by and turn the thing on, and I was hoping to get a video of myself trying the thing out. Sadly, Liz and I had separated and I ended up having to imagine how awesome this thing would be.

A small turntable and radio that was listed as $75. I was tempted by this. 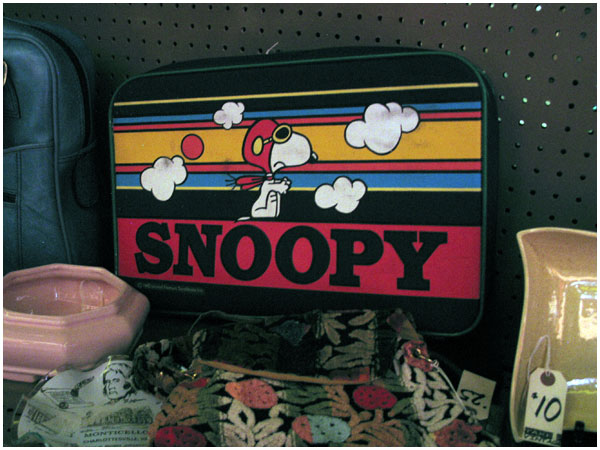 In hindsight, I should have grabbed this fantastic Snoopy suitcase. 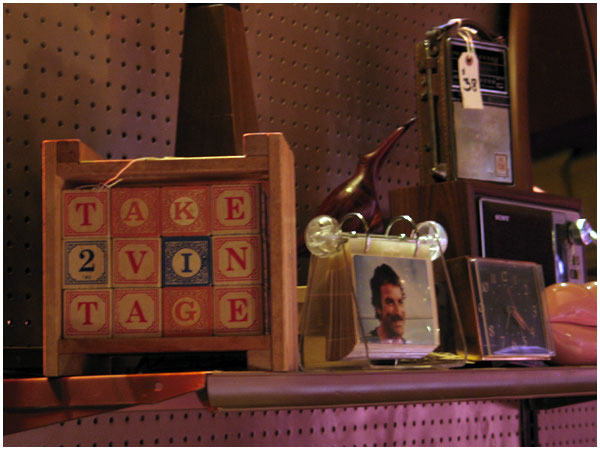 There weren’t a lot of signs at many of the booths, which made it difficult to identify one place over another. This place was called “Take 2 Vintage,” and I liked both the style of the sign as well as the Magnum PI photo in the background (sadly, they have no web site). 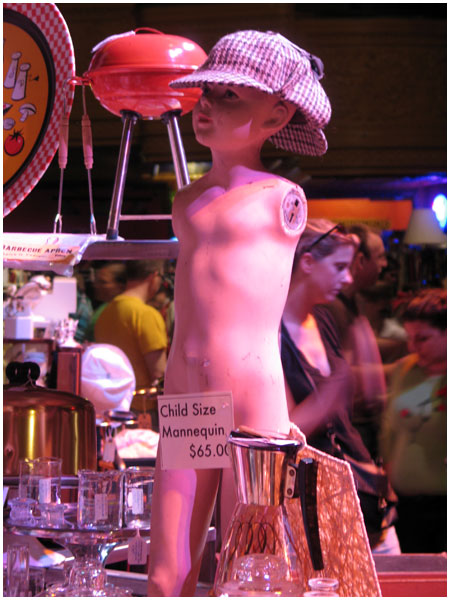 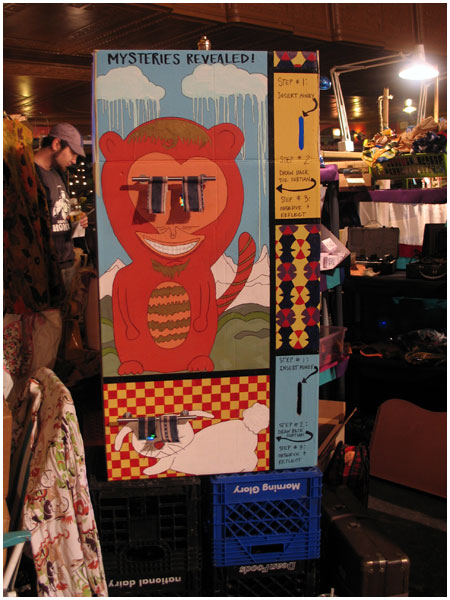 I spotted this near a booth, but no one was around to explain it. There were a few slots for money, but I ended up just peeking without paying. I was thinking this would be similar to The Postcard Machine, but sadly there was no one inside the thing. 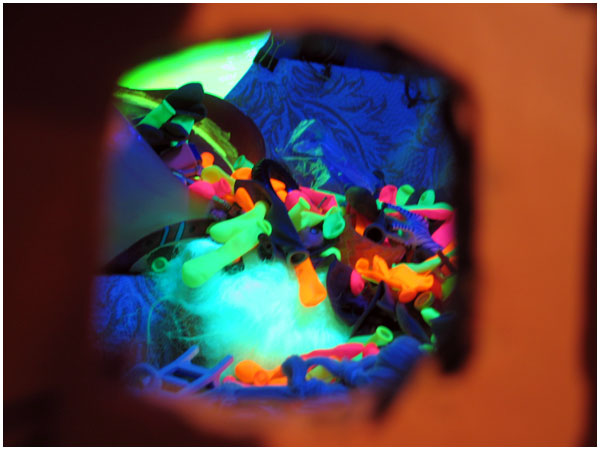 Peeking in through the topmost curtains. 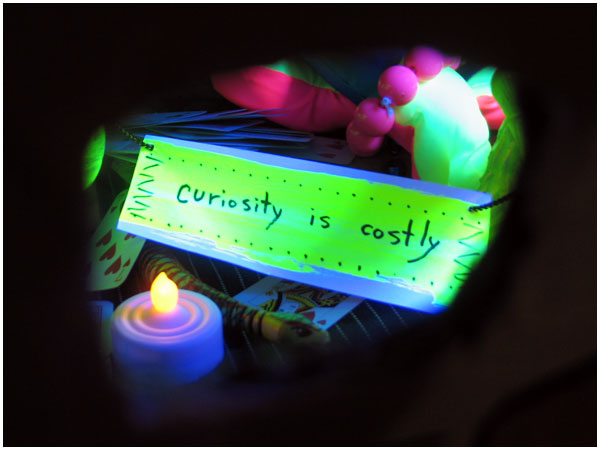 Peeking in through the bottom curtains. 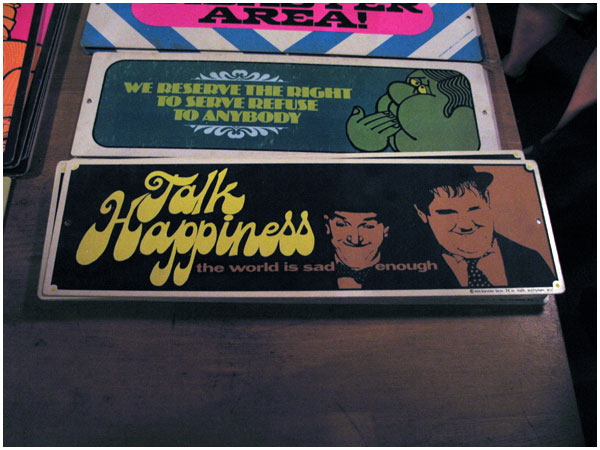 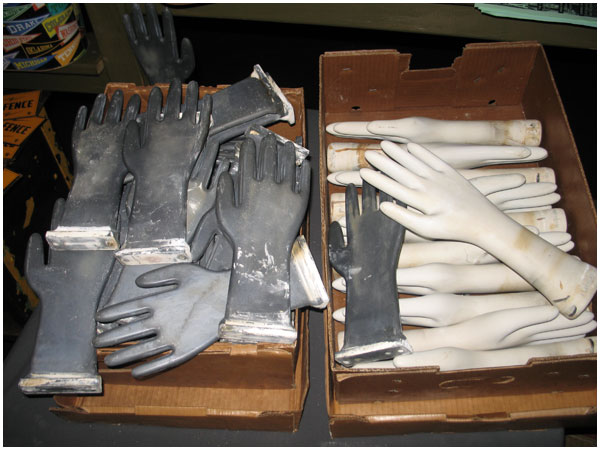 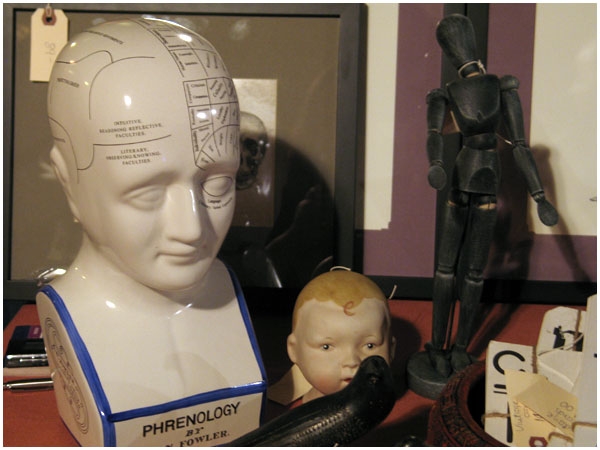 I know what you’re thinking. You’re the kind of person who believes phrenology was dismissed as quackery 160 years ago. But of course you’d say that… you have the brainpan of a stagecoach tilter. 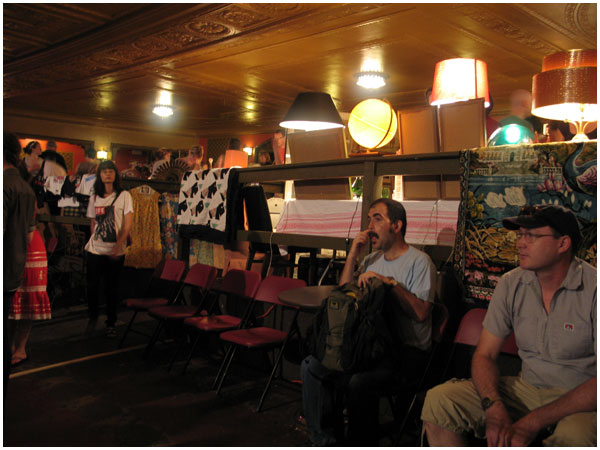 Not quite the classic Wall of Dudes, but close. There were so many seats around the perimeter of the space, that a lot of guys were camped out in various spots. 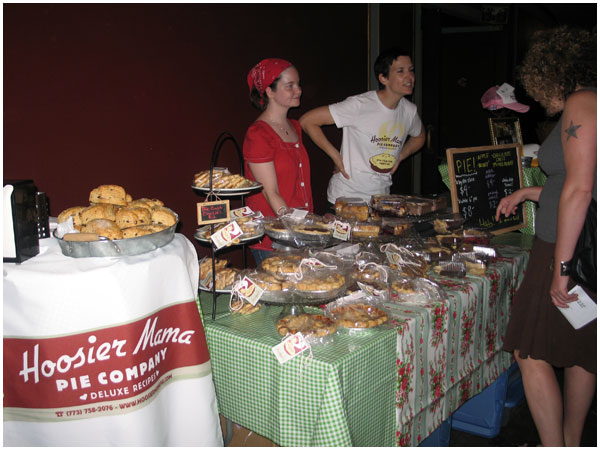 At the entrance was a booth manned by Hoosier Mama Pie Company, offering lots of treats (and sugar to help sustain the shopping). 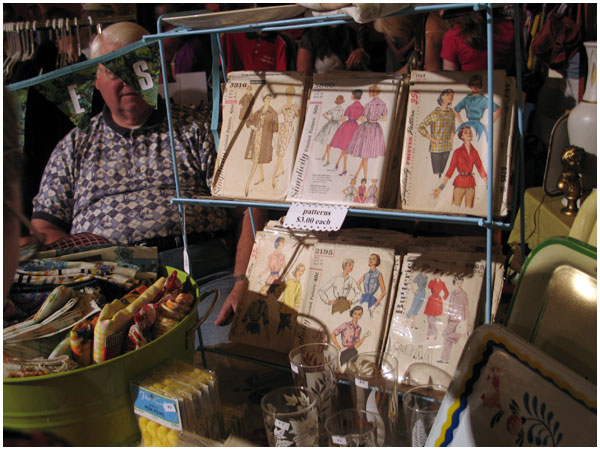 It took about an hour of wandering around before I actually ran in to Liz again. I found her near a bunch of old patterns, and she was leafing through them. 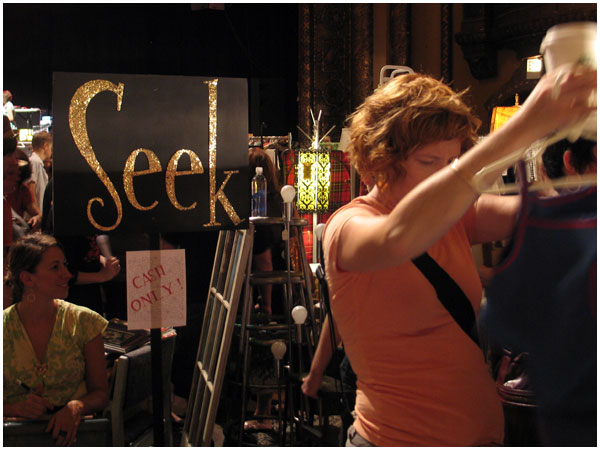 I was happy to see another sign, and had to stand a while before I got a clear view of it. I’m not 100%, but I think this might be them. 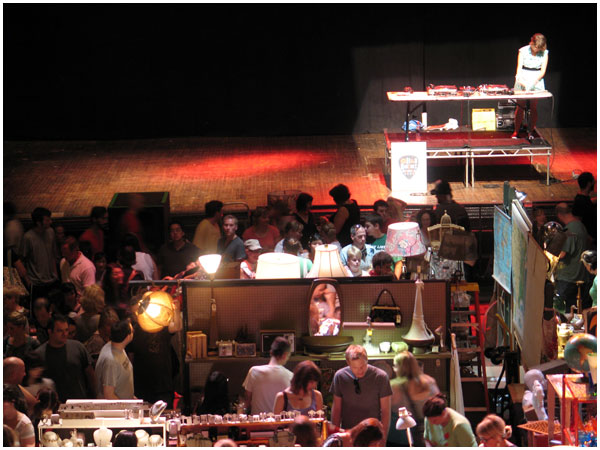 After a while, I tapped out and headed back upstairs to the balcony. The crowd was getting heavier, and I just felt like sitting and waiting for Liz to finish up.

While I was sitting, I decided to set up my camera and do a little time-lapse video. Gotta love the mini tripod for things like this. I was upstairs for a good while, and even after Liz joined me… we hung around for a few more minutes while I was taping. All in all, I got about 30 minutes of video, of just the crowd pulsing and shifting, along with a zoomed-in shot of one area in particular.