Fire Alarm at State and Jackson: Last Ones Out of the Building

A week ago, we had a fire alarm go off at work and everyone evacuated the building. Or, to be a bit more specific, the fire alarm went off on every floor except ours, and by the time we started leaving… everyone else in the building had already evacuated.

Derry walked in to the office, saying that he thought he saw fire/smoke from the top of our building. As we discussed this, we could hear the sound of fire trucks softly in the distance. As we began debating what to do, the trucks got louder and louder.

Eventually, I decided to go downstairs to see what the deal was. When I opened our main door, I realized there was a muffled voice coming from the Southern stairwell. After pausing a bit, I recognized the voice as the building’s audio alarm, telling everyone to evacuate.

I turned around, and started to tell everyone we needed to leave the building. I was last out, along with Mike and James… and as we were leaving, I saw that the lights had just started to flash on the walls. Up until this point, there was no signal and no notification on our floor at all (the muffled audio warning was coming from a different floor).

The disturbing thing? As we were walking down the stairs, there was no one else around. We’ve had quite a few fire drills and building evacuations this year, and the stairwells are usually crowded with tons of students. 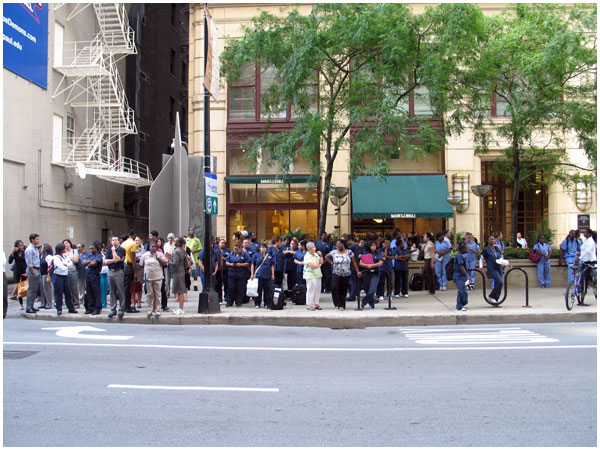 On hitting Jackson, we saw why there was no one in the stairwell – everyone else had long since left the building. 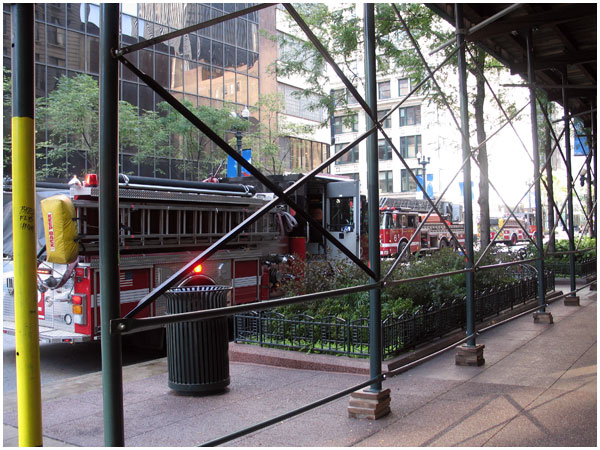 Out of the several fire alarms this year, this time netted the largest number of fire trucks that I can recall. I want to say there were at least five or six of them. 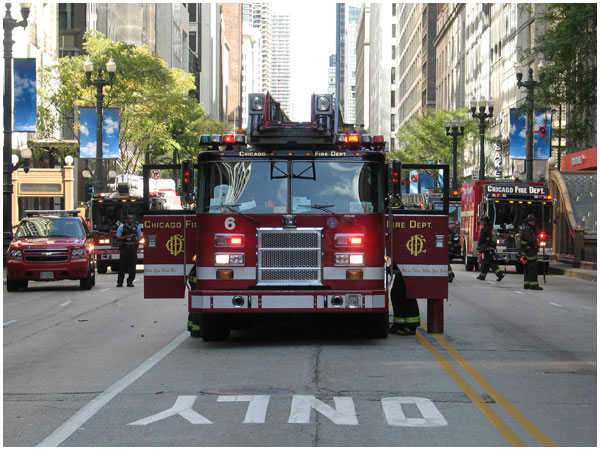 I’ve only got two prior incidents documented on the blog, but so far this year… we’ve had to evacuate the building four or five times, easily (not including this instance). I’m not sure what the deal is, and how many were tests and how many were just false alarms.

By the time we hit the ground and walked across State Street, the firemen were already signalling for everyone to go back inside. Again, this should tell you how long everyone else had been outside, and how long we were still noodling around, oblvious, on the seventh floor.

I stopped in to Building Services, and let them know what had happened – they promised to look into it. Looking back, the incident is a lot more disturbing in hindsight.