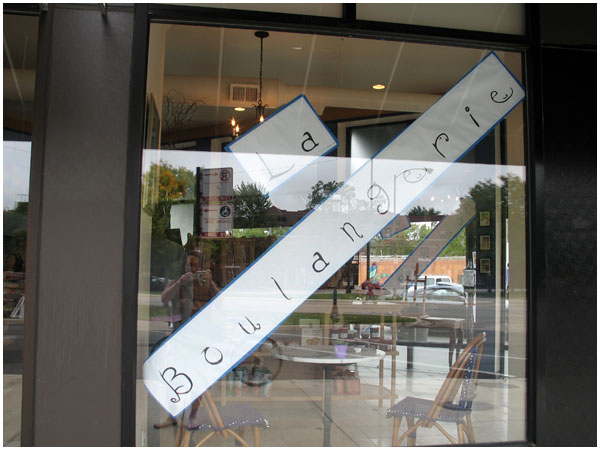 Over the weekend, we headed over to the newly opened La Boulangerie. We’ve seen them at the Logan Square Farmers Market often, and decided we were in the mood for some crepes for lunch. 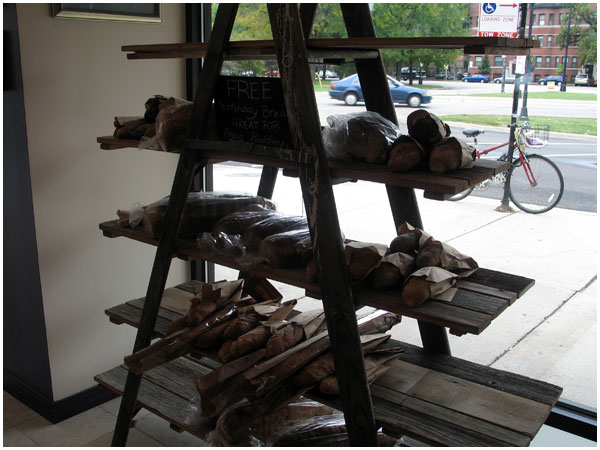 Not the greatest photo in the world, but the sign posted said “Free – Yesterday’s bread. Perfect for bread pudding.” 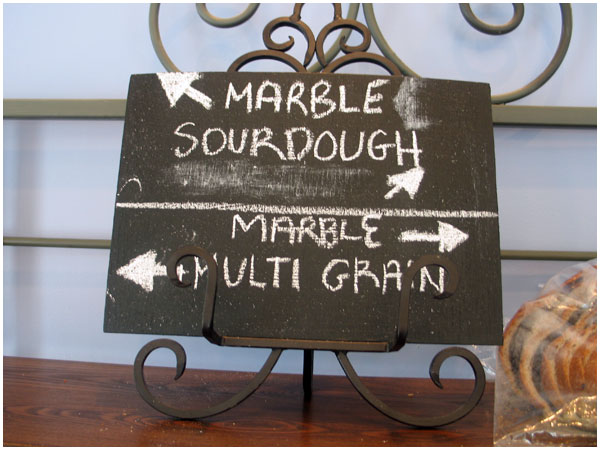 Quick, which way to the sourdough? 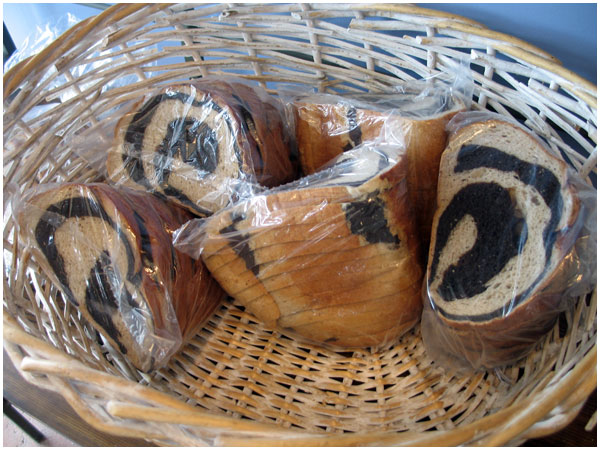 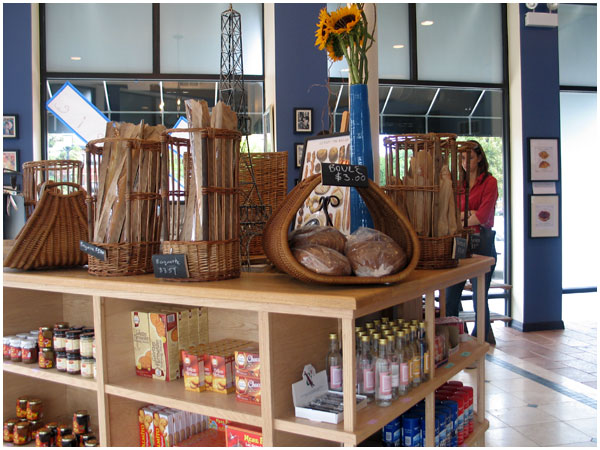 A view of the shop, standing with my back to the counter. The whole space is really interesting, as it sits right on the corner of Logan and Milwaukee… and has this kind of triangle shape to it.

Unfortunately, when we stepped up to order… they had run out of savory batter. We tried waiting around a while, but ended up having to give up. They were still making sweet crepes, but Liz and I were in the mood for something from the savory side.

But though we weren’t able to have any, I did capture a little bit of the crepe-making process:

Here’s a little bit of a WTF that I found out from Gretchen: La Boulangerie has a non-compete clause built in to their lease, which prevents them from selling coffee, sandwiches or individual croissants so as not to compete with nearby New Wave Coffee. More details from the Chicago Reader.