This Halloween, I decided to base my costume off of a robot that my friend Derrick created. The robot (born in Portland) made its way across the states to Chicago, during a gathering of a bunch of Internet weirdos. Not only that, my friend Melissa would later take the robotic alter-ego as her own.

I loved the design of the original, and decided I wanted to make one of my very own.

Before I start, I should mention how intstrumental Liz was in the making of this costume. I had procrastinated something awful, leaving the bulk of the work until the night before. Liz ran several errands for me after work, picking up supplies that were critical to the costume.

I have this tendency to want to do everything by myself, and it’s a difficulty when it comes to collaboration. I like to take ownership of projects, to work on everything and make it fully “mine.” To this end, I was really stubborn and resistant to Liz’s offers of help, initially.

But it slowly became clear to me that her help was really necessary, and it made the entire process that much more enjoyable. Once I finally got that stick out of my butt, the costume making process felt less like a task and more like a fun project. 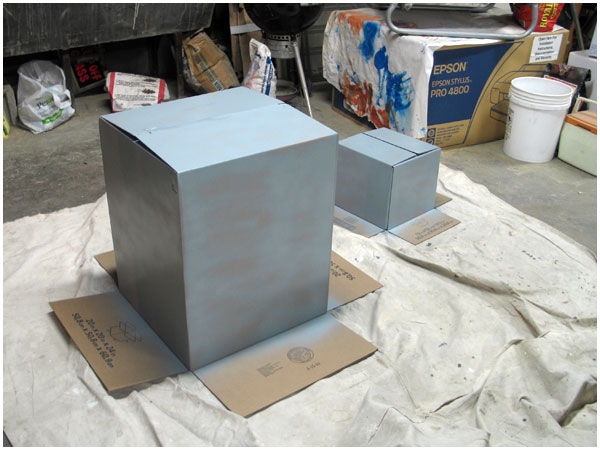 I got two boxes, and used some gray spray paint. This was done in our storage area (where we sometimes like to hang out, with our rabbits).

A styrofoam ball, split in two (for the eyes). I learned that some kinds of paint and glue potentially melt styrofoam, so we made sure to get a water-based paint. 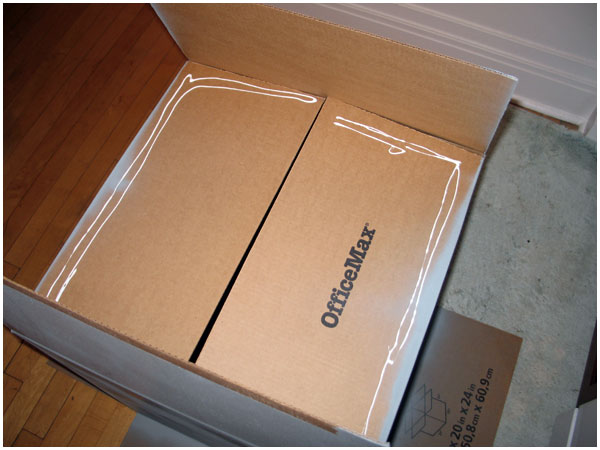 This is the top of the large box. I originally had it taped shut, but that didn’t hold. So this is basic Elmer’s glue, to keep the flaps closed. 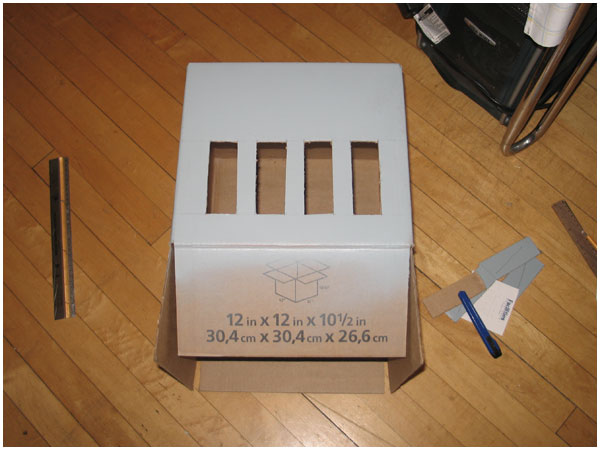 Head piece, with mouth/eye holes. There was more math involved in this than I’ve done in a long time. Liz was really a huge help in getting this thing measured out, as I was getting frustrated after repeated attempts. As the old saying goes, measure 10 times, cut once. 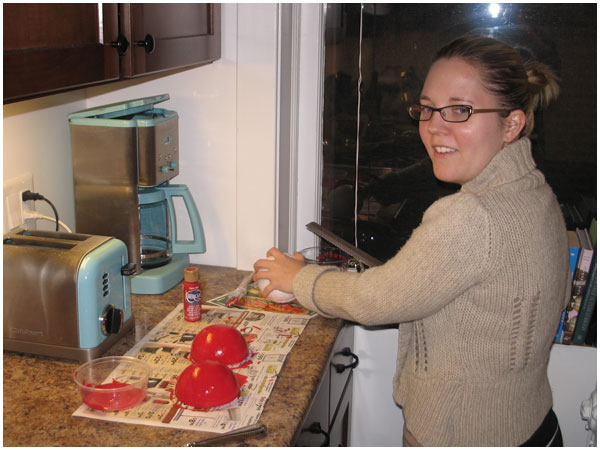 The eyes, drying. Liz recommended a second coat of paint, which made all the difference. Here, she’s cutting another ball for the antenna area. 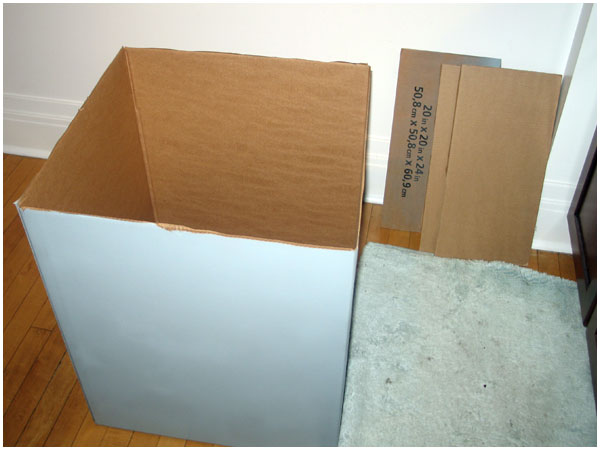 Cutting the flaps off the “bottom” of the body portion. 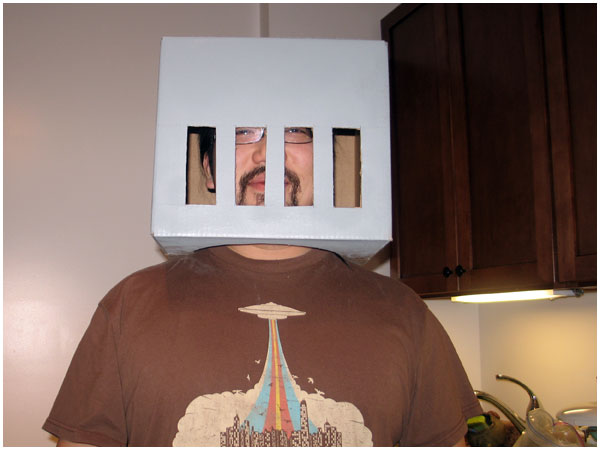 Trying out the head. There was a moment of concern, when we thought my head would be too big (who woulda thunk?) for the box. Thankfully, it’s just about right. 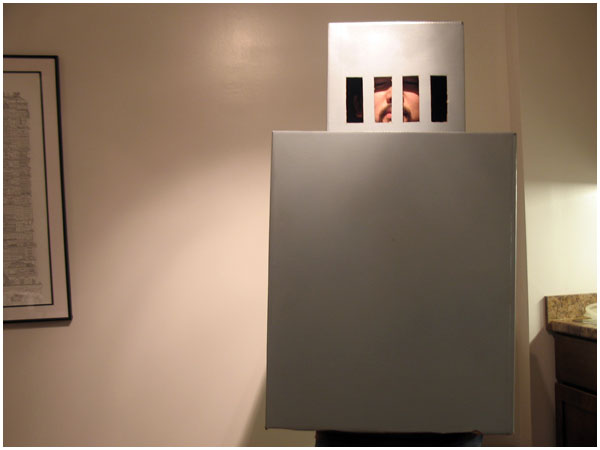 Trying out the two pieces (with no arm holes). 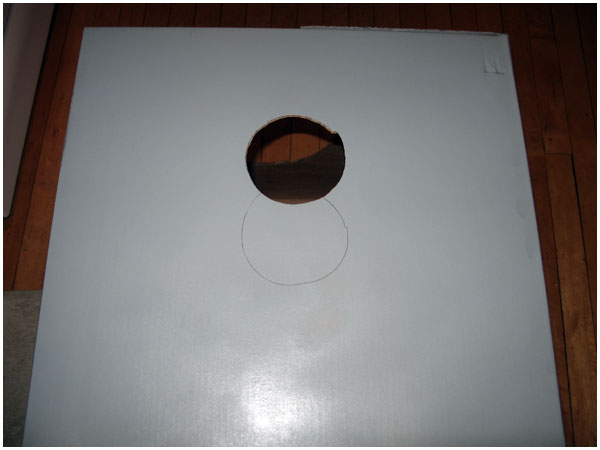 The original circular hole to mark the arms wasn’t big enough, so we decided to extend the area and make it taller. This put a bit more weight on my arms (as opposed to my shoulders), but overall… it seems to help stabilize the costume. 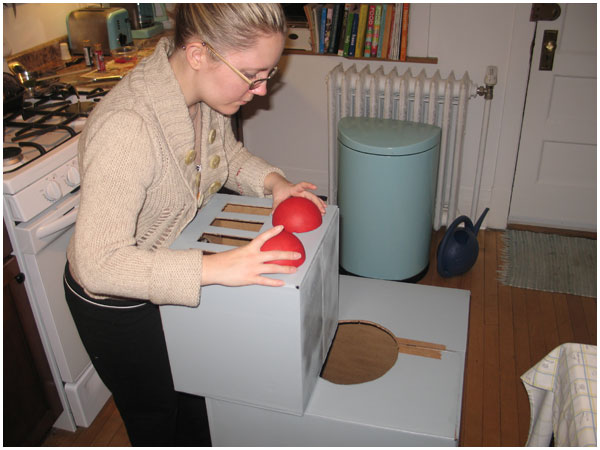 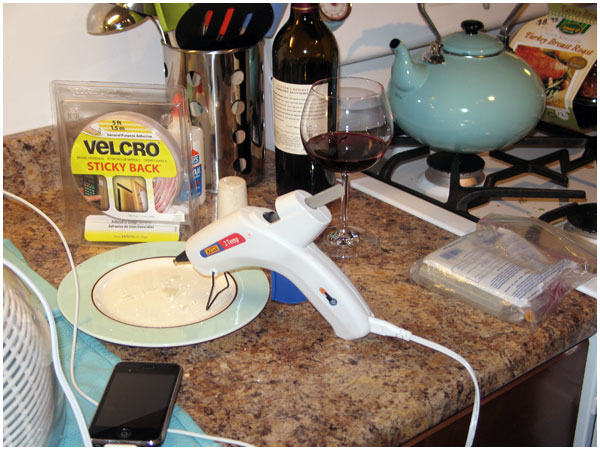 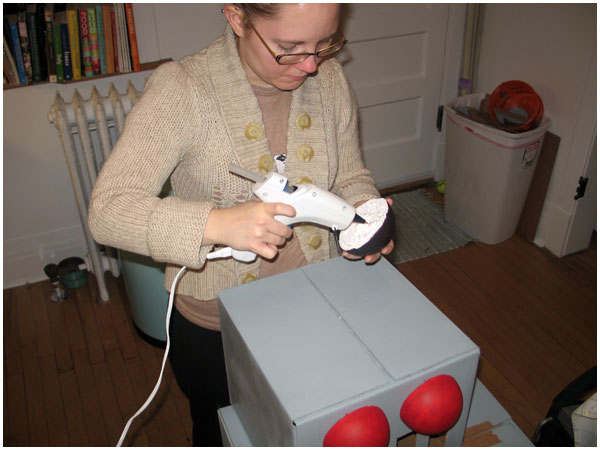 Me, thinking inside the box. 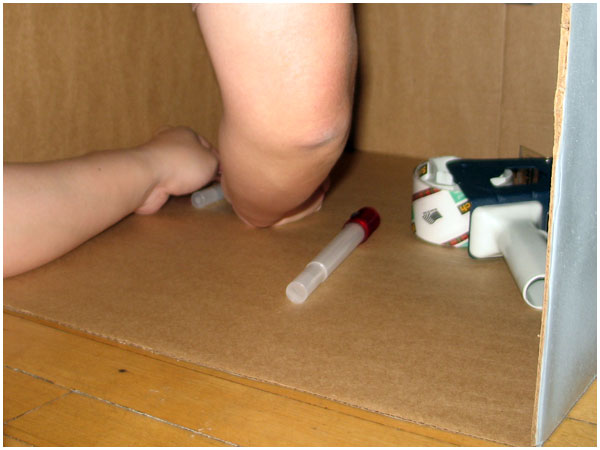 I got two glow sticks from Home Depot, which I taped on the inside of the box. I cut several small rectangular shapes, for the light to shine through. Since these things blink, it adds a nice electronic feel to the costume. 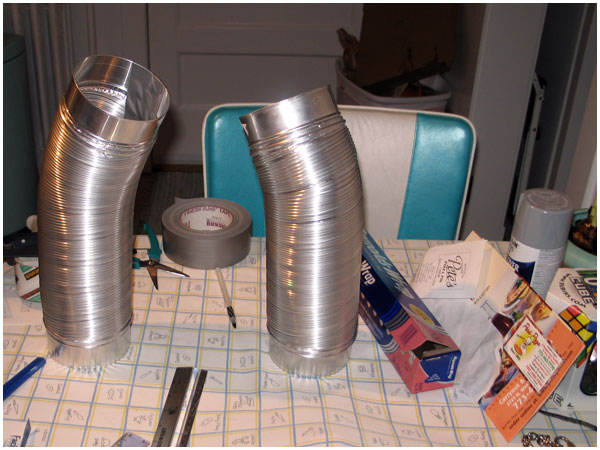 I found two aluminum vents (used for dryers), which I will wear like super long gloves. 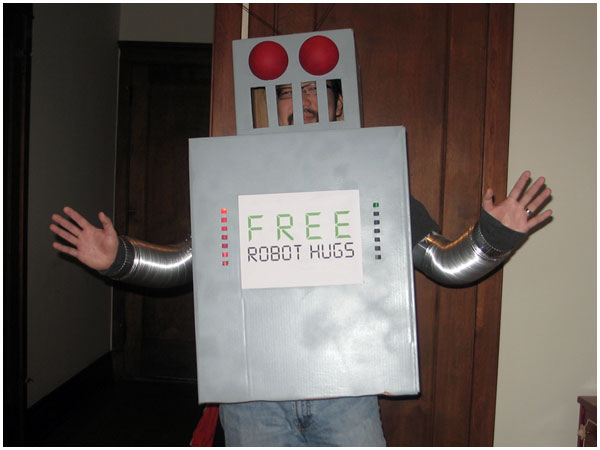 The full costume, lights and all. 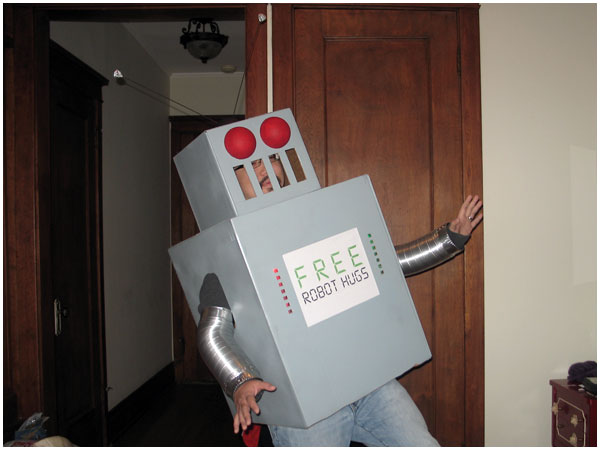 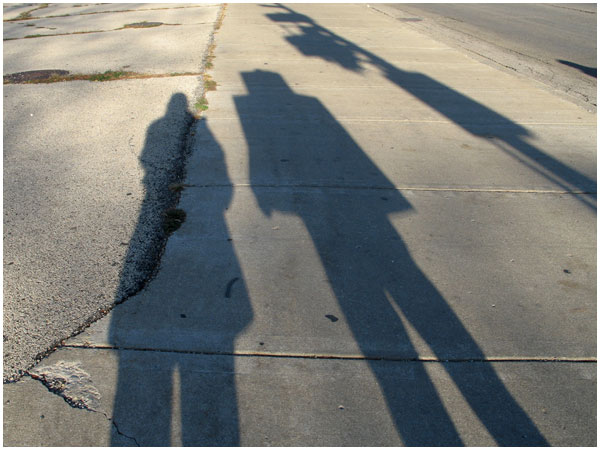 Liz and the Robot. 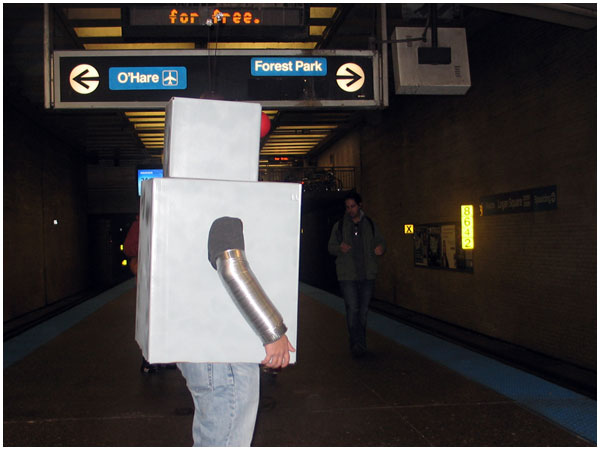 Me, waiting at the Logan Square Blue Line stop. Looking for the train, and for hugs.

Ok. Just saw this on MetaFilter. My robot costume has nothing on this kid dressed as Robocop. Heh.