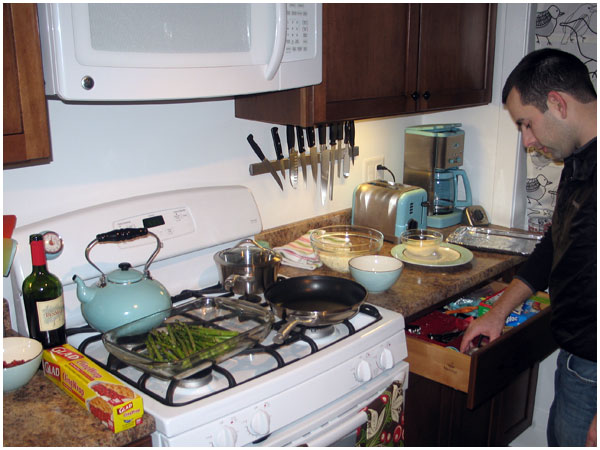 A few nights ago, Jake came by to cook us dinner. It was partly a thank-you gift to Liz, for helping teach him some crochet fundamentals, and as a final goodbye meal (he’s taking off for South America again).

While he’s travelling for the next six months, he’ll be making custom handbags which he plans to sell along the way. He, more than anyone else I know, has an incredible travel bug. It’s a little awe-inspiring, actually. 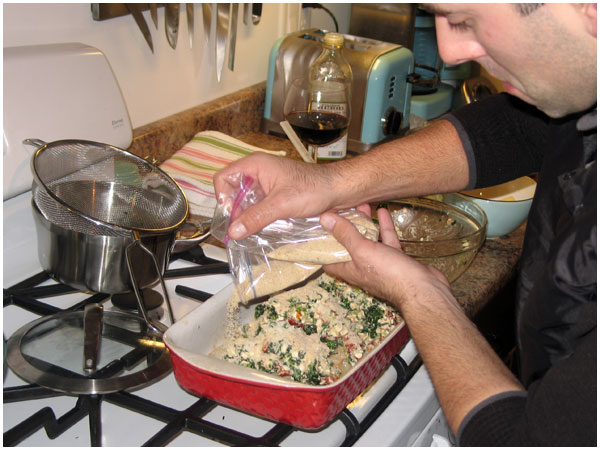 Jake, adding some breadcrumbs to the main dish. 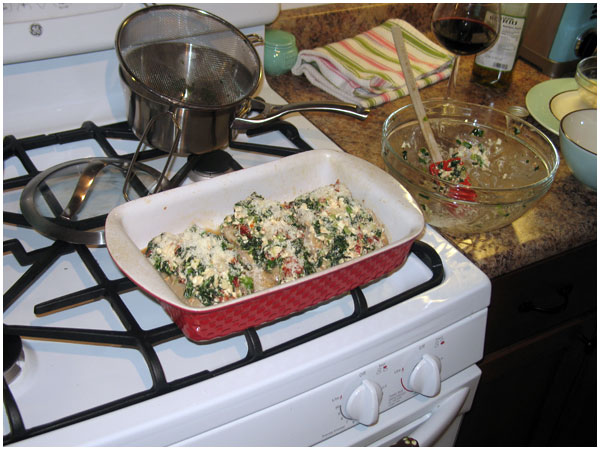 The final meal! Which actually looked a lot better than this photo I took (chicken, cous cous and asparagus with parmesean).

It was a delicious meal, and went by incredibly quickly. It’s hard to believe he’s going to be gone, completely in another country for about half a year (he’s due to return in May or July).

The plus side is that he’s invited both Liz and I to visit him in South America next year, when he returns again. We’ve made tentative plans to travel down to Argentina in August, to visit. Time to brush up on my Spanish!

jake
« Intercom Carols
Off to Indy! »