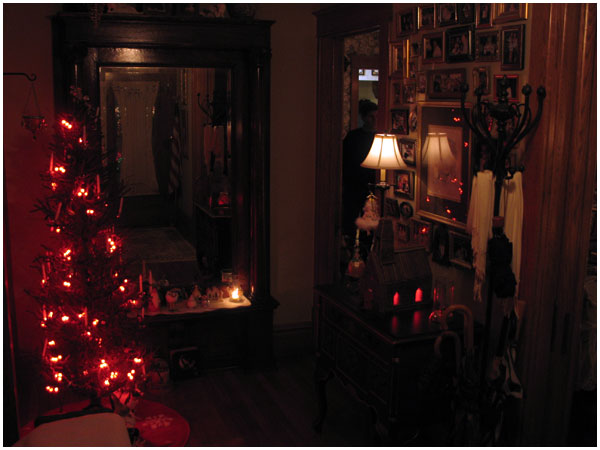 After departing from Indy around 3PM, we made our way to Frankfort to spend the rest of the weekend with Liz’s folks. It was a quiet evening, as it was just the four of us relaxing in the house. There were a lot of trees set up, the lights were down low, and the entire place was bathed in a warm glow. 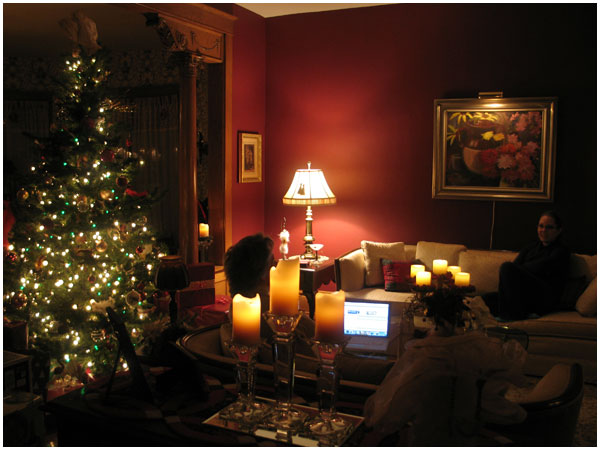 There were also about a dozen candles lit, around the house. It felt pretty fantastic. 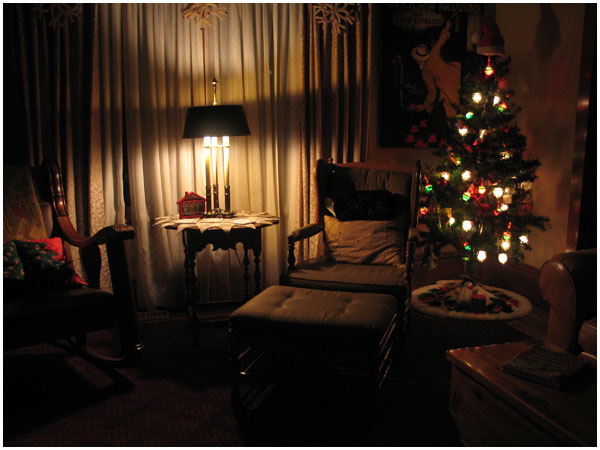 Peeking into the TV room, where there’s yet another Christmas tree. 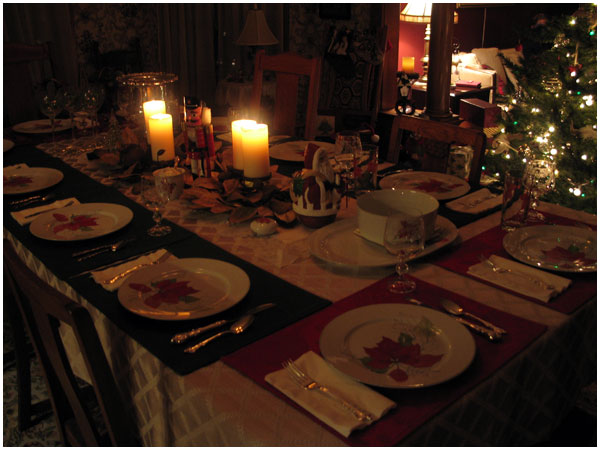 The dining room table. While we ate here, the settings were really for tomorrow (when the rest of the family shows up). 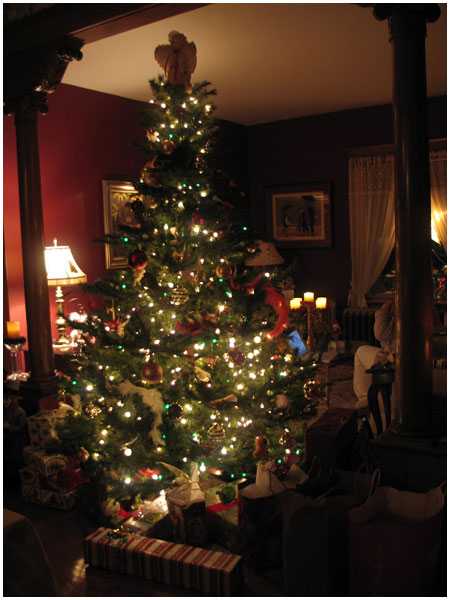 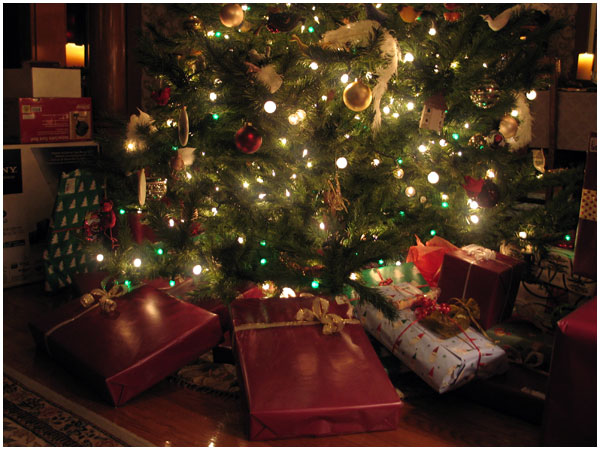 The presents beneath the tree. 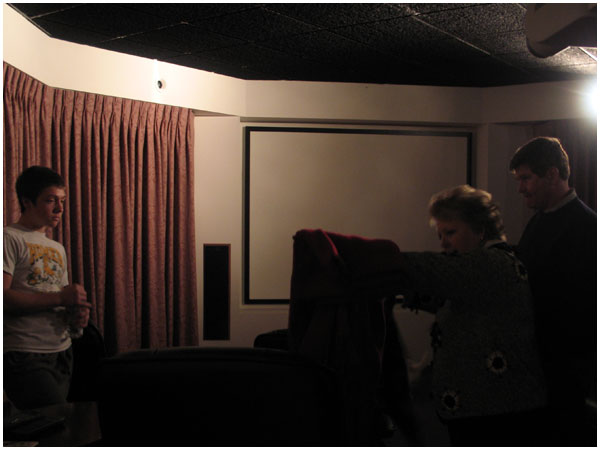 Earlier in the day, Liz’s uncle David and aunt Beth invited everyone over to their place to watch a movie. They had just gotten a copy of Inception and were going to view it in their sweet basement theater. There are speakers all around on the walls, and there’s an actual projector fixed into the ceiling. L to R it’s Brandon, Julie and Bob. 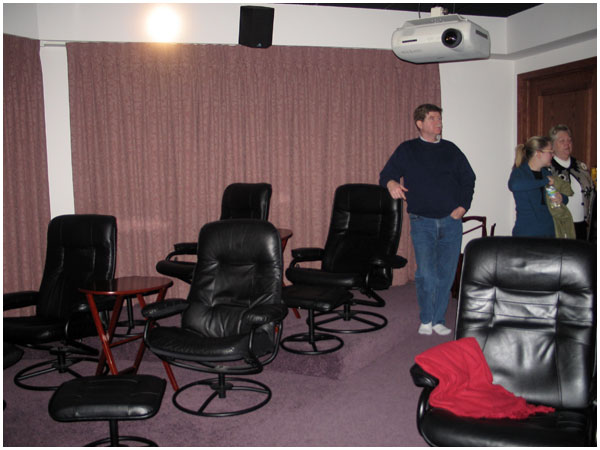 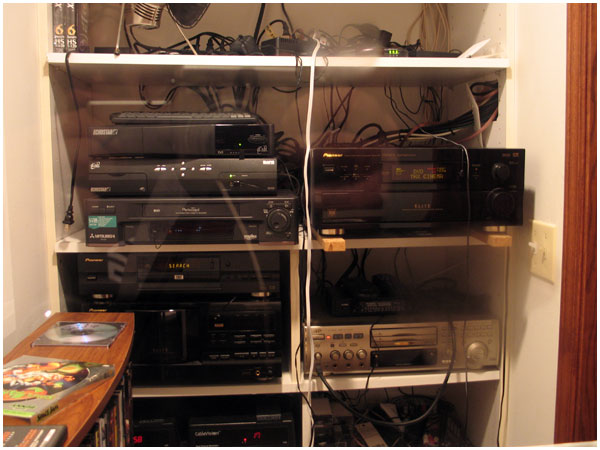 A view into the ticket box/control room, where all the AV equipment is stored.

After some long conversations about the movie (I have my own theories, but that’s for another time), we made our way back through some rather snowy roads. There was a slow, steady snowfall for most of the day and despite the somewhat treacherous conditions… it felt good to be surrounded by so much snow. 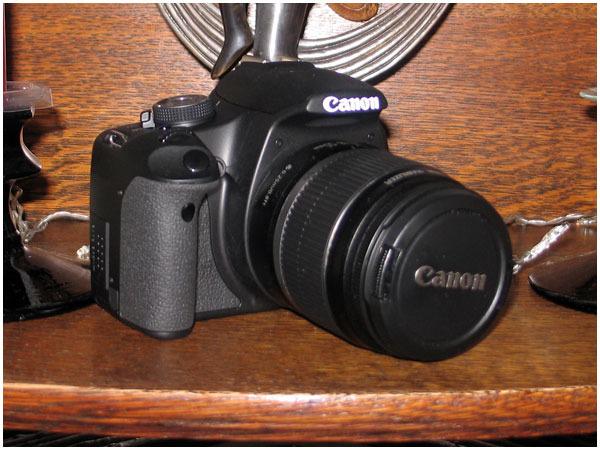 Back at the house, shortly after midnight, we all opened up a few presents. This was my awesome gift from Liz: the Canon Rebel T1i. I’ve been debating making a switch from my old point and shoot towards a Digital SLR… and finally decided to make the leap. From here on out, any photos you see were taken with my fancy, shmancy new camera (that I don’t really know how to use yet). 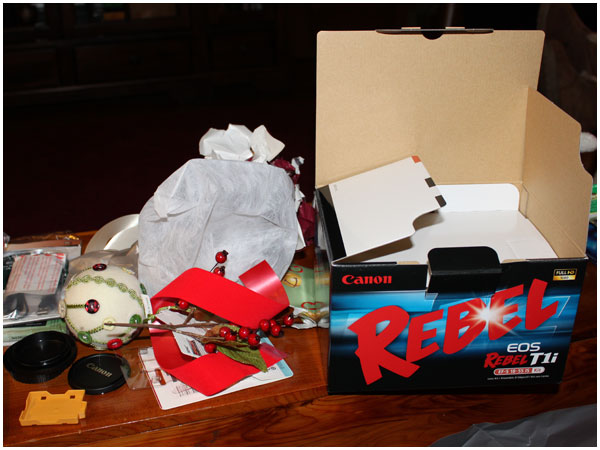 For a long while, I just snapped practice photos while on the couch. 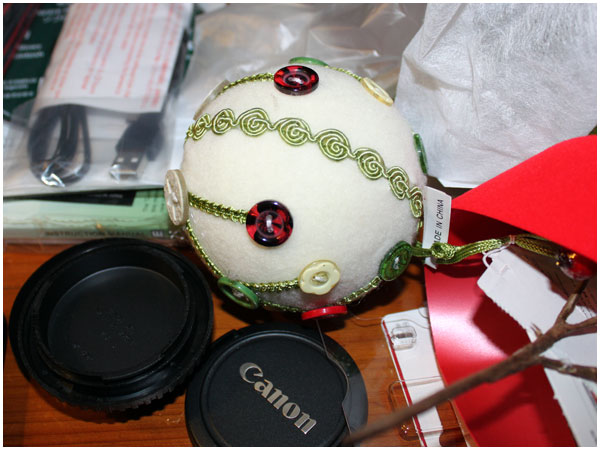 Mostly, I’m still using Full Auto mode – and I would never have been able to get photos like this with my old camera.