It was about a year ago that Liz’s folks mentioned us all heading up to Kohler, Wisconsin, for a mini-weekend vacation. The times that Bob’s spoken to me about this place, I would see his eyes glaze over. For someone like him who’s perpetually busy and working and making things, I suspect Kohler represents a more than just a vacation. In addition to getting away from the regular routine, the very purpose of Kohler seems to be one where you just do a whole lot of nothing.

We headed up on a Friday, leaving around 3PM. After a good 2+ hours we arrived, hauled our things into the hotel, and checked in to our rooms. 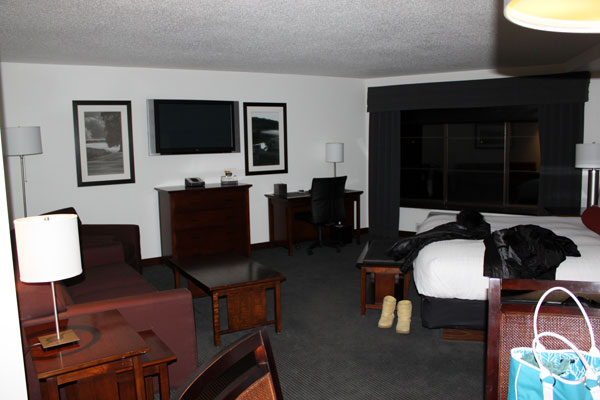 Julie and Bob’s room. Technically, I think this was the suite. It was incredibly roomy (there’s a table with four chairs in the right corner of the photo). 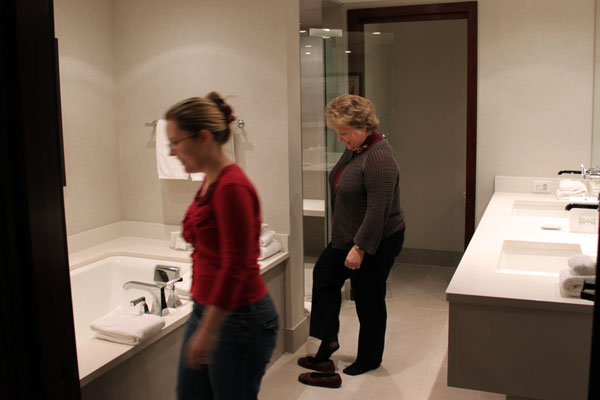 Liz and Julie, checking out the bathroom. 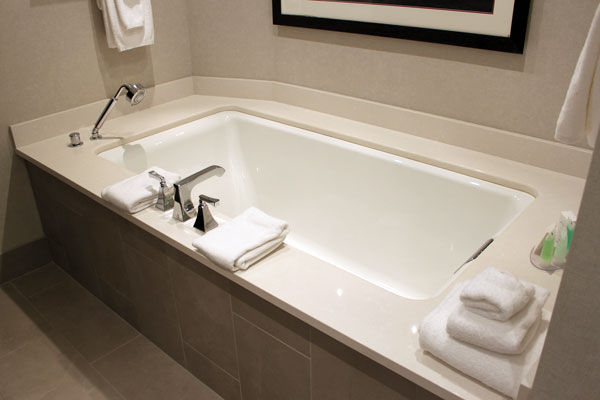 The awesome looking tub. After seeing this, Liz and I went downstairs to try to see if we could get an upgrade to a room that also had a tub. Turns out, the suite was the only room in the place that had one. 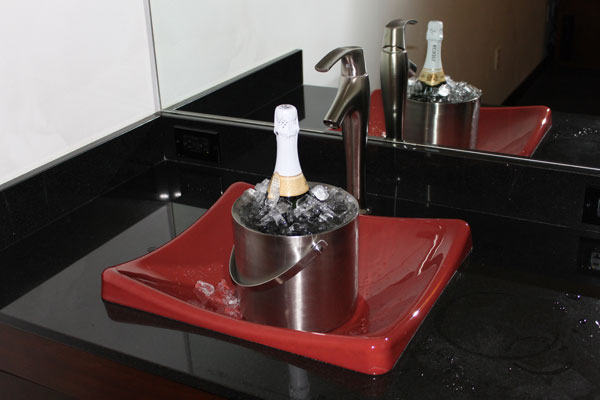 Of course, before dinner… Julie and Bob put on a little champagne. 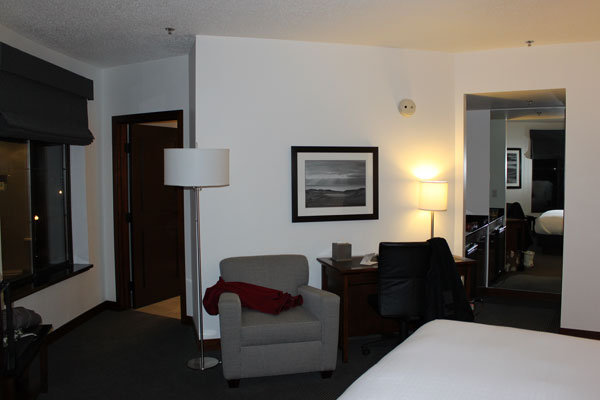 This is the room Liz and I got. While not quite as large as Julie and Bob’s, it was darn close. 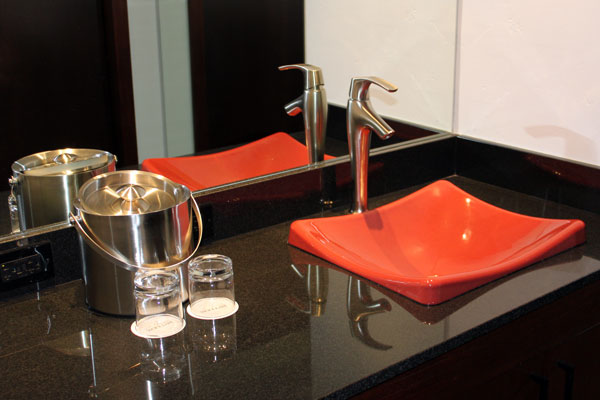 This was the mini-bar and counter, near the closets. With bottled water clocking in at an impressive $3 apiece, I drank a lot out of the tap. 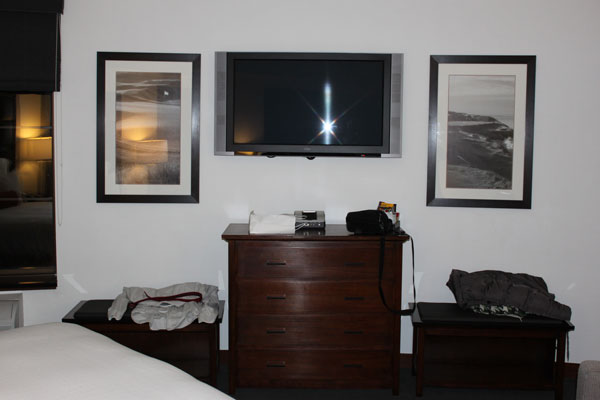 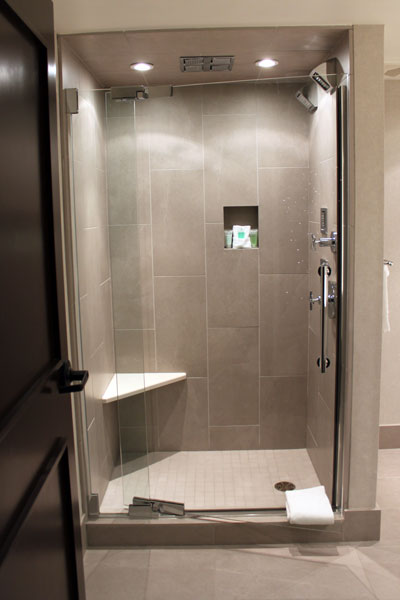 And… the fancy shower.

You may not see it immediately, but there are four nozzles set in the ceiling, up top. 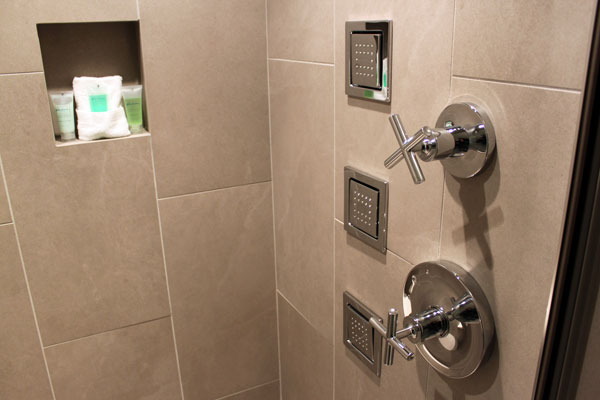 Three nozzles, mounted in the wall. 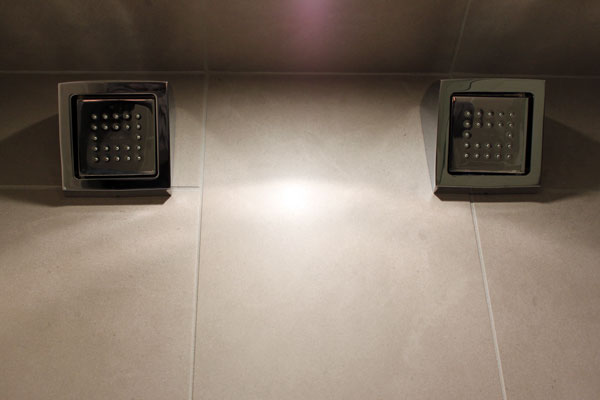 Two additional nozzles, situated like speakers in the top of the shower. 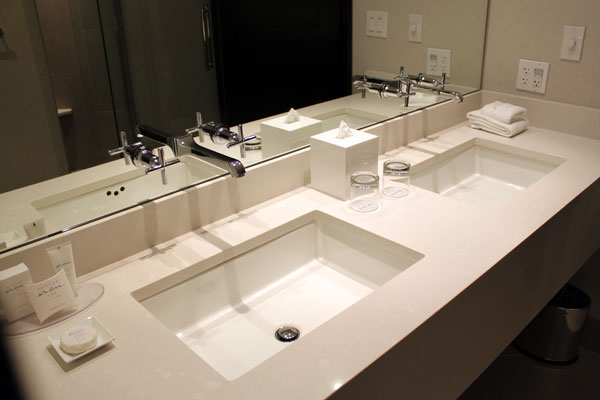 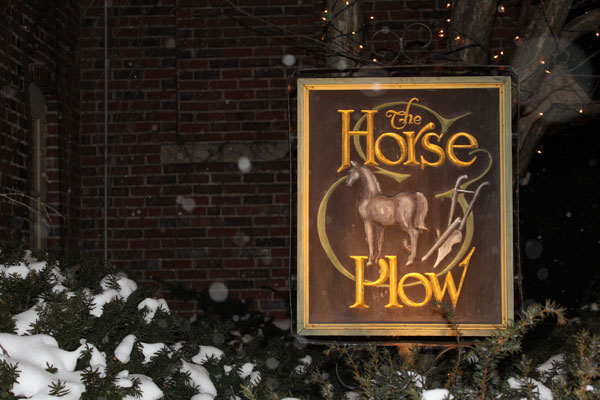 After we got settled, we drove from our hotel over to the American Club, to have dinner at the Horse and Plow. It might have been the long drive, but the burger I had there was pretty stellar. 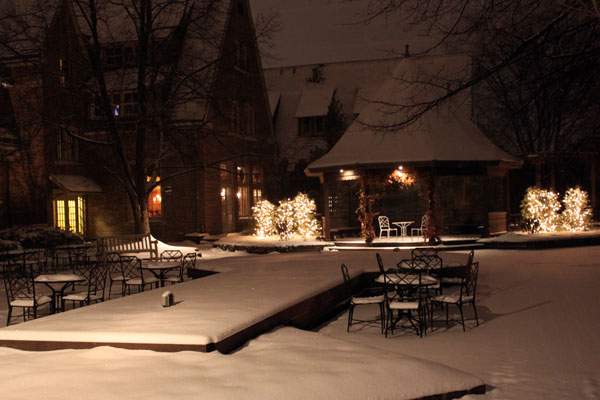 Walking around the building, it slowly dawned on me just how large the American Club was. This is a small courtyard area (which looked lovely, blanketed in snow). I mentioned it looked like a nice spot to get married, and Bob confirmed they do a lot of weddings here. 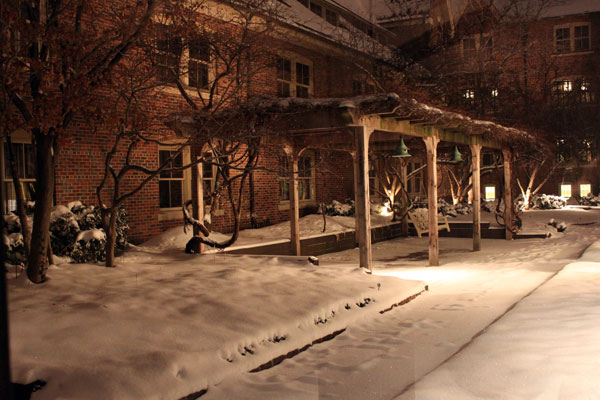 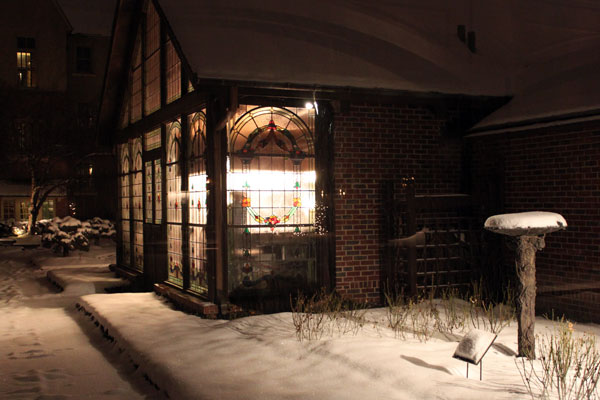 This is a small cafe area called The Greenhouse. It mostly has desserts and such, but we decided to hold off until tomorrow. 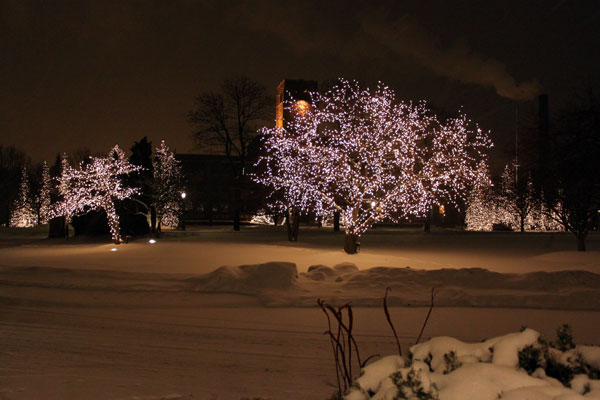 Outside, much of the area was still covered in Christmas lights. Not sure if they keep these lights out here, year round.