Around 11PM, I decided it would be fun to go outside and try to take some photos. I’m still not very skillful with my camera, but wanted to venture out into the snow to see what I could see. I was a little giddy and felt like a kid again, going out to recess. 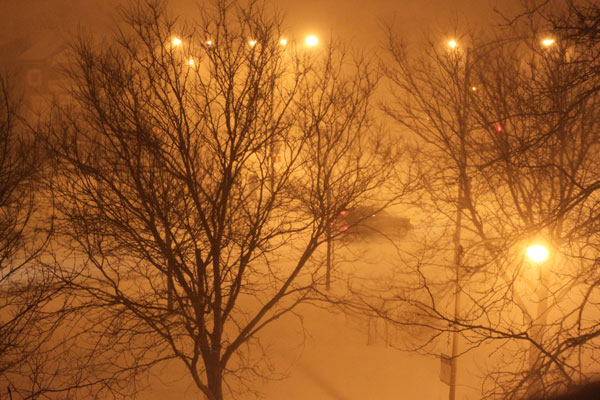 This is the view of Logan and Sacramento, from our apartment window. For most of the night, I could hear the gusting winds (and the occasional thunder/lightning), and saw constant waves of snow falling. I knew there looked to be a decent amount on the ground, but couldn’t really tell how much. The one thing I noticed is that the streets and sidewalks began to blur more and more. 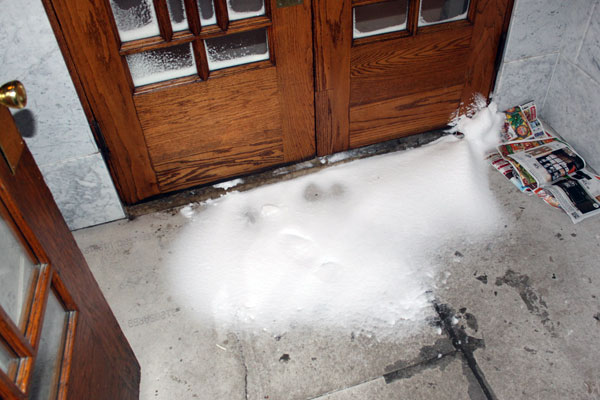 At our entryway, about to step outside. I looked down, and this is all the snow that had blown in through the cracks at the bottom of the door. 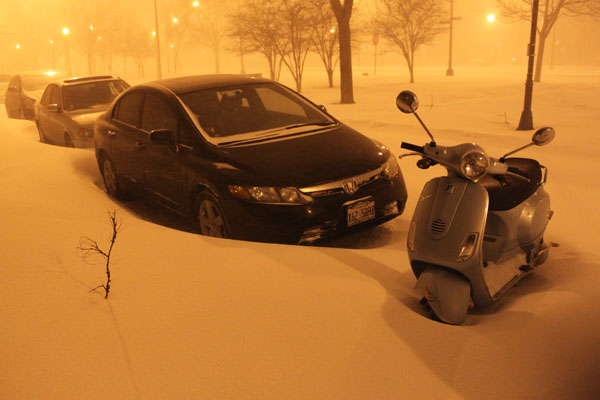 The car and scooter. I’m standing on what is technically the sidewalk, but it’s nothing but a huge bank of snow (coming up to my calves). Between the cars, there were large drifts of snow that came up nearly to my knees. 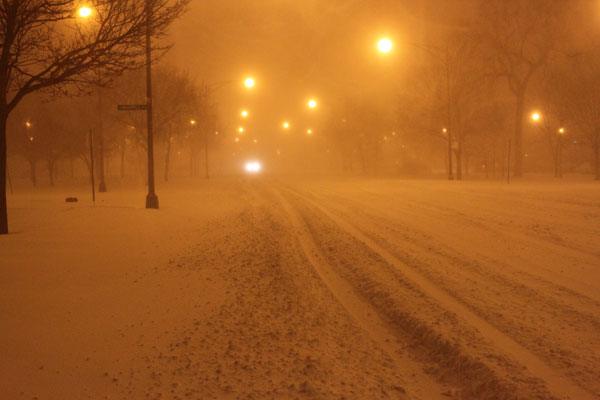 Looking west down Logan Boulevard, towards Logan Square. For a solid 60 seconds after I emerged outside, I heard a low and constant ambulance siren. There were no other cars about, and this siren just kept going and going. Honestly, it was a little scary and depressing.

This is Logan Boulevard. See that patch of snow near the bottom of the photo? That’s the curb. I slid off into the street several times because the curb was buried underneath snow. Logan Boulevard is normally four lanes, but cars were only driving in the middle. So while I was walking around… I was inadvertently walking down the street without even knowing it. 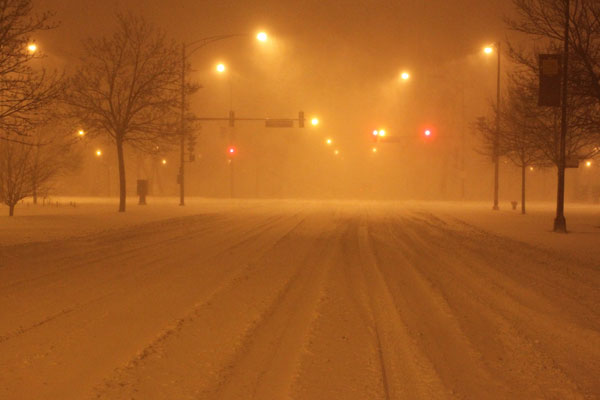 Middle of the road, looking towards Logan and Sacramento. Ever so often I’d stop and look around, expecting to see a car. And it was just dead – no one and nothing out but me. I’d see a car maybe once every 5 minutes.

Most of my photos were pretty bad, as I’m still mostly rocking the auto setting. My fingers started to get numb, and I began to get worried about having my camera exposed to the weather for so long. Before I headed back in (it was really starting to hurt and get uncomfortably cold), I took a bit of video.

I think I’m happiest with the video from tonight’s excursion. It’s been snowing like this since maybe 4PM, and I’m not sure if it’s going to be like this the rest of the night. 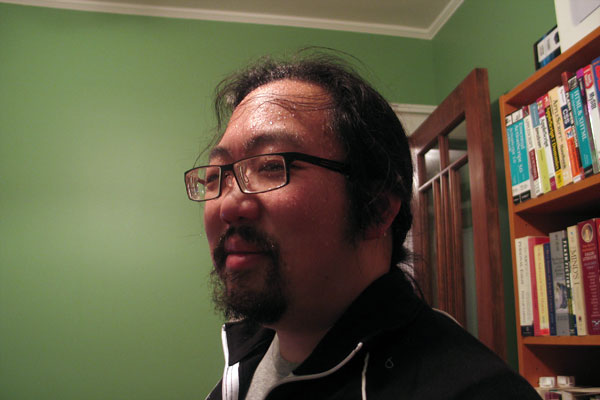 Me, moments after walking back inside. I’m still grinning like a kid, and am looking forward to heading out bright and early tomorrow AM… to see what the world looks like then.