Ben and Allison Are Pregnant! 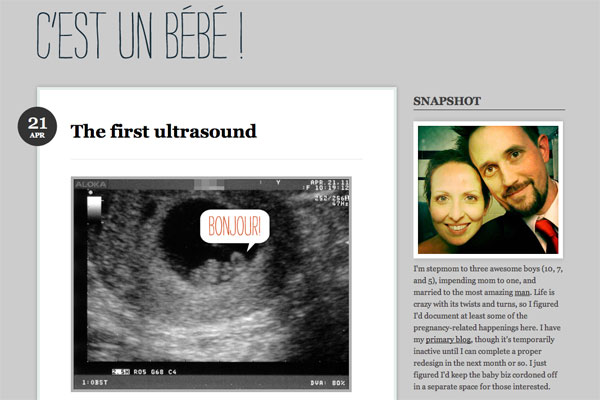 Well, not at the same time. Not together. They’re not both… you know what I mean.

I’m excited to announce that Ben and Allison are expecting a baby! I learned about the news a little while ago, but have been on radio silence ever since. As of last night, looking over Twitter and Facebook… it appears that the news is out.

In addition to her own, Allison has started up a separate blog to document her pregnancy and all the baby-related happenings to go along with being a newly expecting parent. Looks like I’ve now got two baby blogs to follow!