A bunch of folks from work were going to attend the Chicago Street Art show in Pilsen… so a few of us made plans to have dinner beforehand, at Skylark. 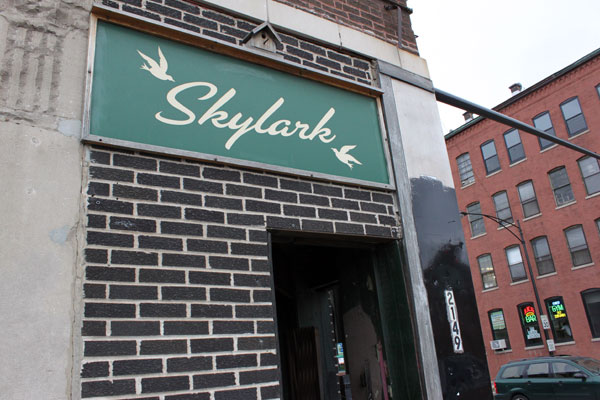 It had been a long while since I was last here. I think it was back in 2004, during the Pilsen Art Walk. Had fond memories of the place, and after this past visit… it’s definitely on my favorite list. 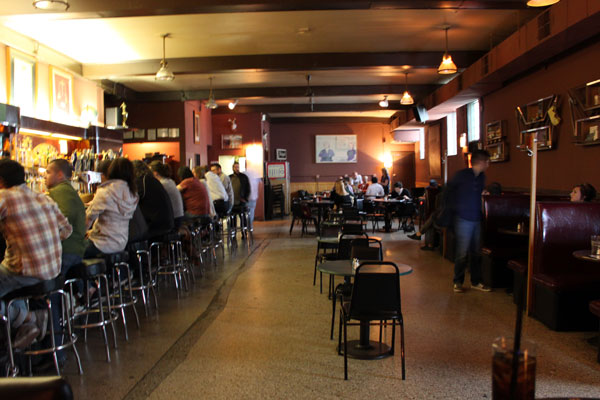 The group that came in front of us snagged the last booth, but that turned out to be in our favor. We got an elevated section with two couches, giving us a view over the entire place. Being up a little higher than everyone else, it felt a bit like we were royalty and in the VIP section. 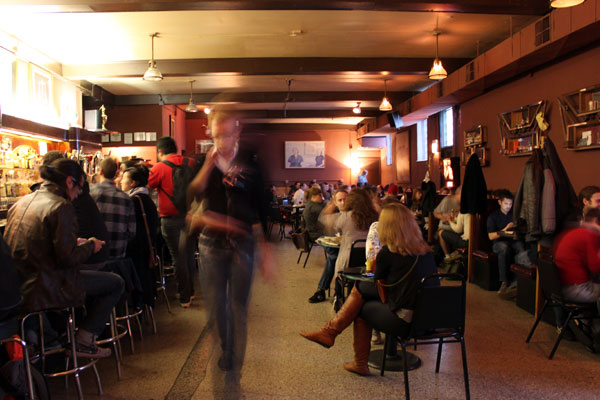 After a short while, the place started to get more traffic. Before we left, the place was pretty packed. 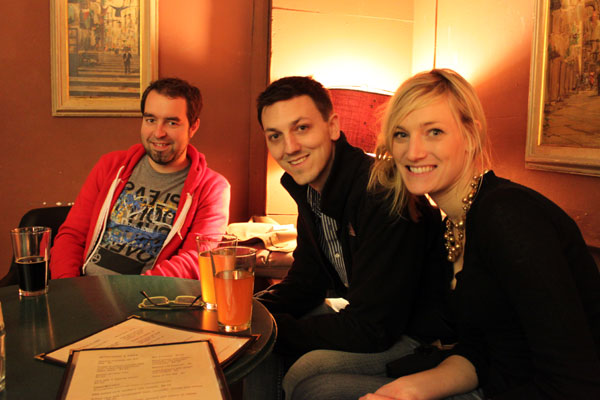 TJ, Paul and I arrived directly from work. After a drink or so, Erin showed up to join us. 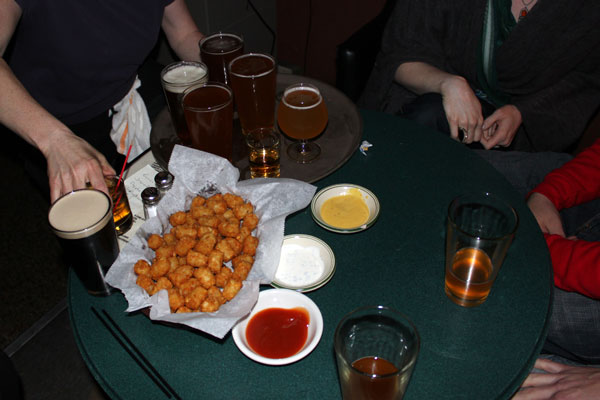 More drinks, more friends. We were later joined by Paul’s girlfriend Kristen, as well as Liz and Justin.

We got an order of the tater tots, complete with three different dipping sauces. Tasty and classy.

I should mention that in a particularly rare instance, I had three drinks and food pretty immediately afterwards. Usually when this happens, I get what’s known as the Asian Flush. Amazingly, I felt perfectly fine. I was pretty hungry by the time my food arrived, and ended up having one of the best burgers I’ve had in a while. 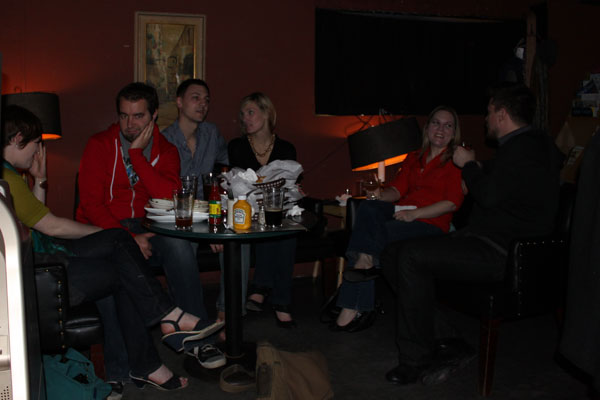 A view of the group.

So here’s a crazy story. While they’ve been dating a little while, it wasn’t until last week that Paul discovered that Kristen and I knew one another. In fact, she used to by our neighbor, back when we lived at Logan and Fairfield. How random is that?

Paul had sent her a link to my recap of Journey to the End of the Night, as a way to explain what the event was all about. As she was looking over the photos, she asked him Why are you standing next to my old neighbor? Funny stuff – what a small city we live in!

Justin, showing off his old and awesome Polaroid. 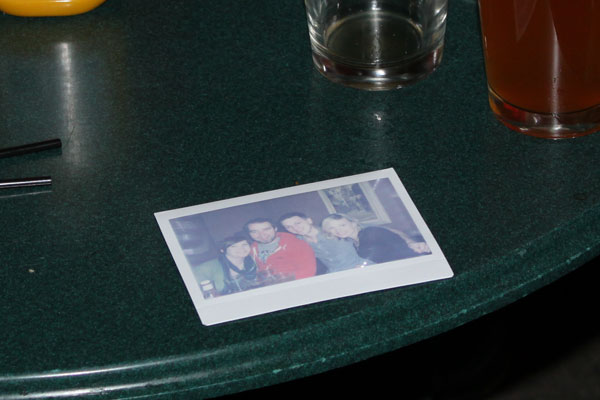 He got some great shots of everyone with that thing. 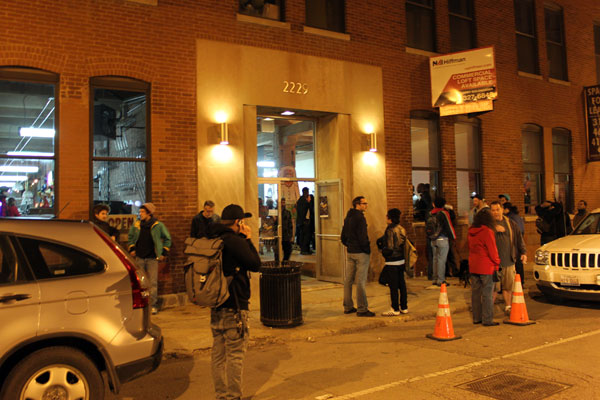 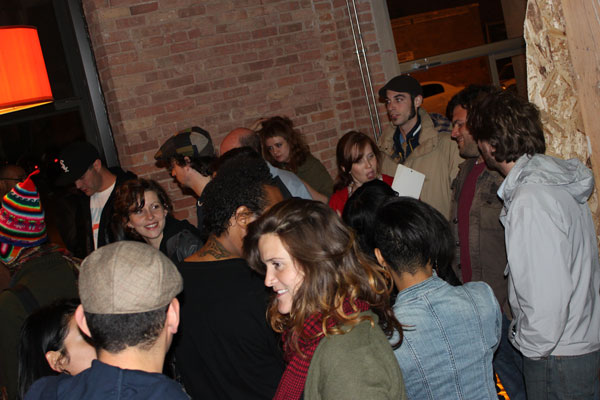 When we arrived, the show had been going on for a few hours. Still lots of folks in attendance when we arrived around 9:30PM.

There were a lot of nice photos of the artists’ work, out and about in the city. Hard to be in Chicago and not always be seeing Rod everywhere. 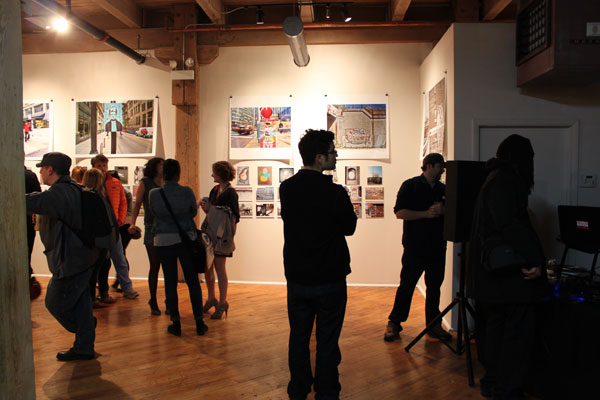 The more I’m here, the more I love the space. 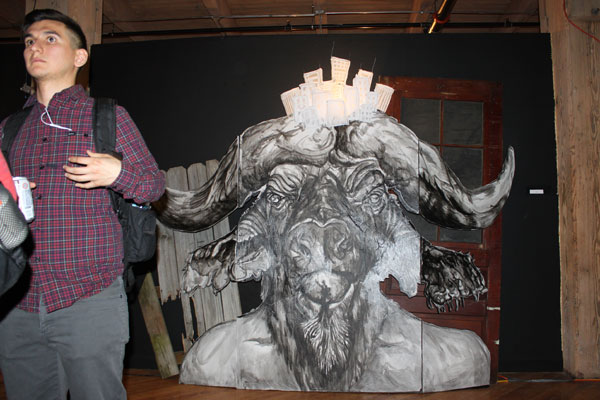 I rounded a corner, and turned around to be surprised by this. Not sure who did this piece, but it was incredibly striking. 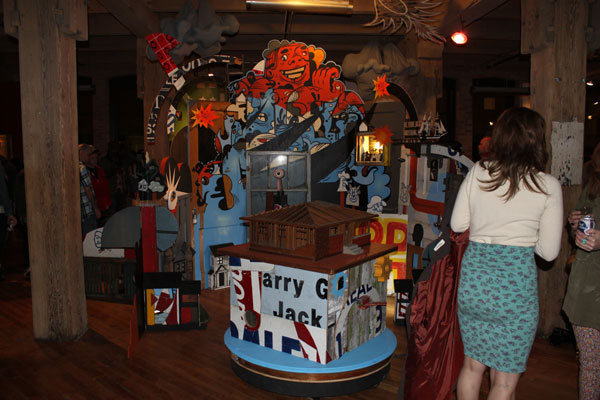 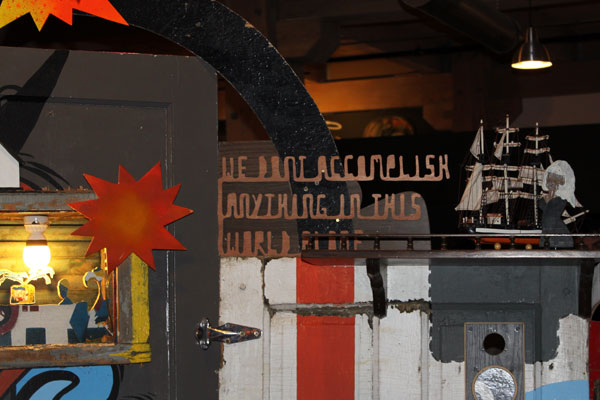 We don’t accomplish anything in this world alone. Spotted the work of Sighn in the piece. 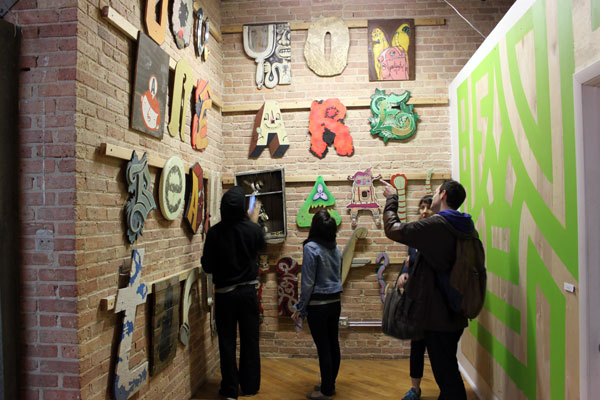 Interesting collaborations with You Are Beautiful. 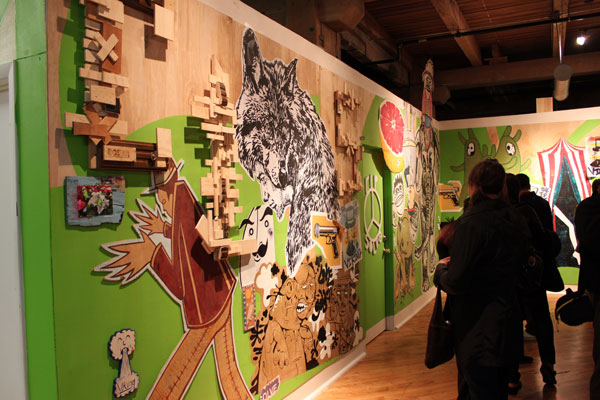 Along the SE wall, there was a large L-shaped area where many of the artists collaborated. 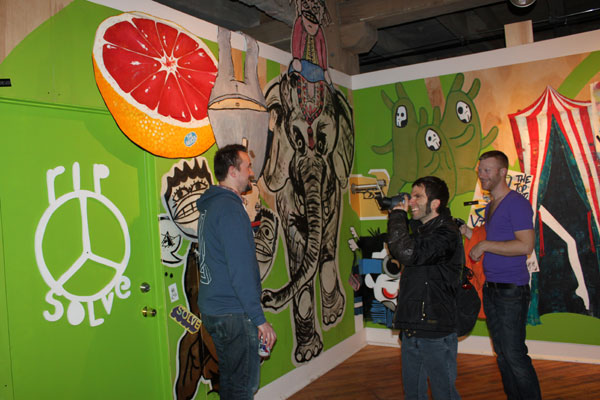 A fun confluence of things: Ben, getting his photo taken by Brian (who’s using Justin’s camera). 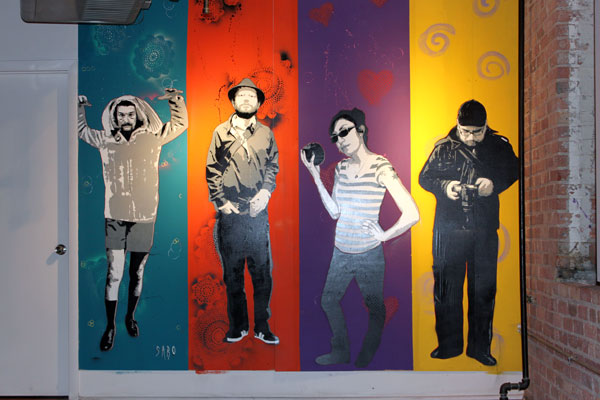 Not sure who did this, but liked the portraits. I think I may have seen a few of these folks roaming around, too… 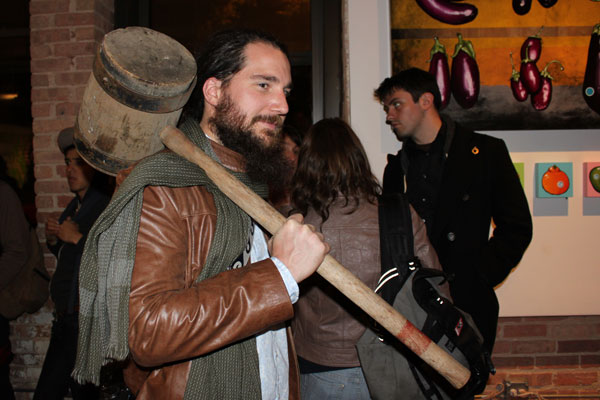 This is random, but spotted a guy walking around with a massive hammer. Turns out he purchased it next door, from a vintage shop (it used to be used in a carnival, for a “feats of strength” machine). 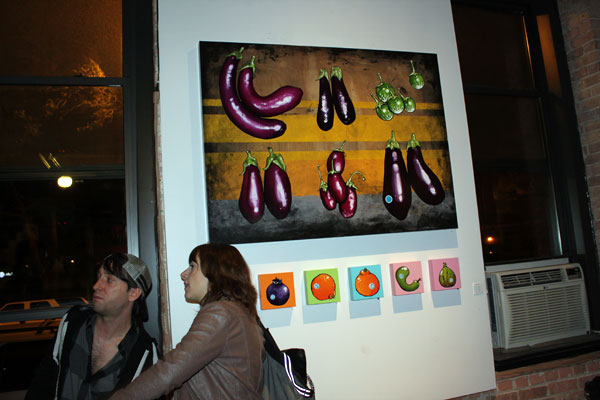 Work by the Grocer. I’m also happy to report I got myself a Cut Grapefruit Tee.

Got to see lots and lots of folks tonight, in addition to a pretty fun and lively dinner, beforehand. If you missed the event this weekend, know that the gallery is open Thursday/Friday (6PM – 9PM) and Saturday/Sunday (1PM – 5PM) and goes until June 11th.