Dinner with Kevin, Molly and Philo

The Seal family has been visiting Chicago, and though we missed them a week or so back… Liz and I were able to catch a dinner with Kevin, Molly and their son Philo. 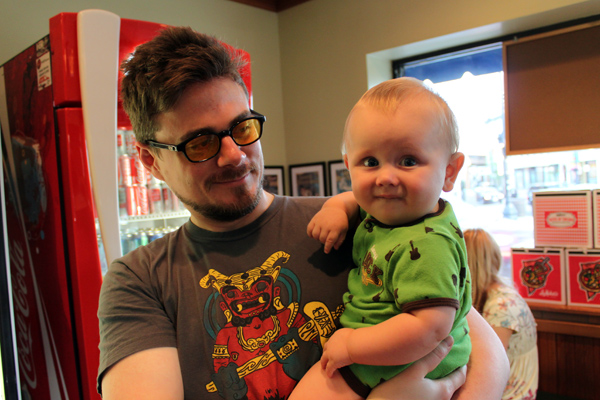 Kevin had a hankering for pizza, so we met up at a Lou Malnati’s near Justin‘s place. There was a bit of a wait, but we hung out in the main entrance area for about 20 minutes or so, catching up.

Justin was holding Philo for most of the time (and Philo was making a lot of friends with the other customers). 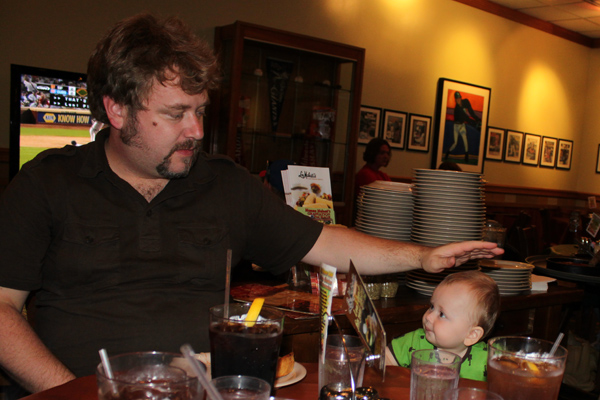 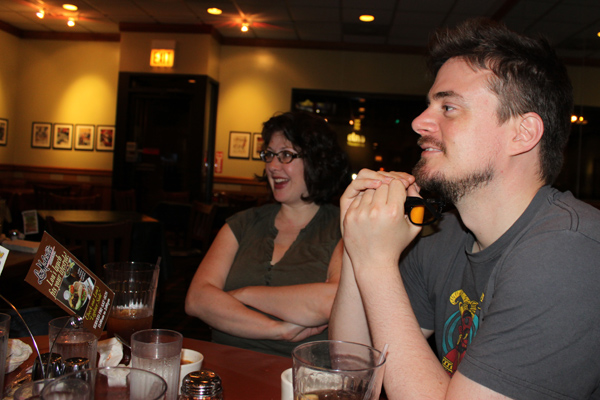 Molly and Justin, watching Kevin and Philo at play.

I have to say – Philo was incredibly happy, and incredibly well behaved. The entire time we were there (which was a long while), I maybe heard him cry like once. And it was quick, and he immediately shifted back into playful mode. 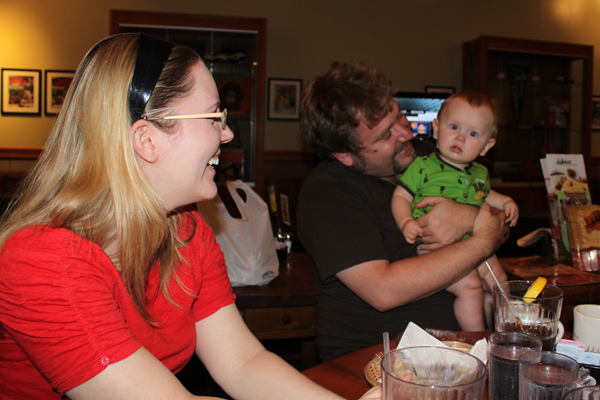 Liz watching Kevin and Philo (who was giving the camera odd looks).

We met around 7:45PM, and I’d say we got seated a little after 8PM. The six of us closed the place down, and were the last ones to leave. Mostly because we got into some fun and silly conversations. I learned what the word bolus means, and how the muscles required to shape food are also the same muscles that help shape speech. We also talked a bit about Papa Sangre, cussing (and trying not to cuss in front of kids)… and we kicked around various get-rich quick schemes towards the end of the night.

It doesn’t really matter what you call it… Tyvek Wallet!

This will make no sense to anyone besides us, but I wanted to permanently record the above snippet for posterity. I had a blast, and had several good, deep belly laughs – always a sign of a fun time.

Delighted to have met Philo officially, and he’s as cute as can be. Lovely time hanging out with Justin and the Seal fam.