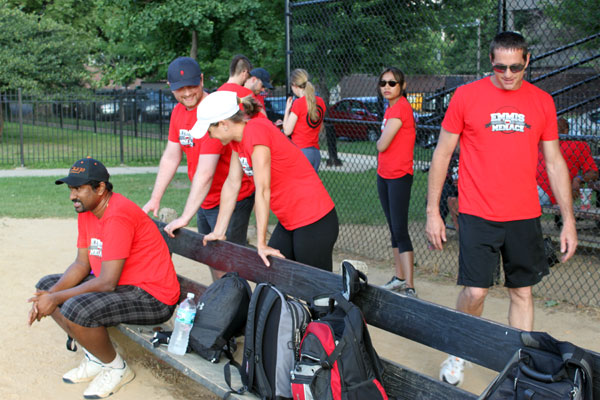 We played our second official kickball game yesterday, on a day that wasn’t a scorcher. This is a shot before the game officially began, with folks milling about the bench (and conferring with Tim on the batting order, in the background). 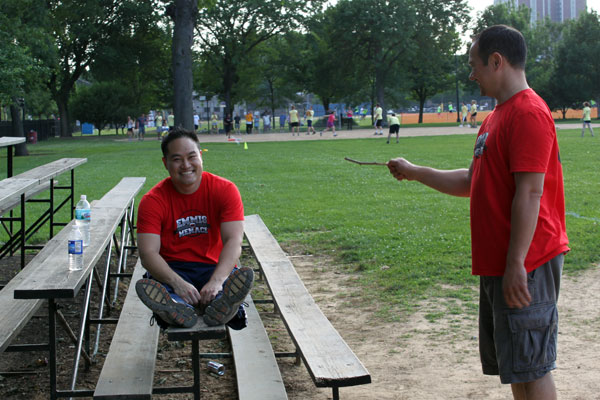 We had a few less folks than last time, and lost Al partway through the game (due to an injury/collision). Here, I think Laurence is trying to poke Al with a stick.

Despite the good catches (above), we ended up losing 10-8. We played a team called Straight Kickin’ It, and they pretty much kicked our butts the first two innings. They had a lot of their power kickers loaded up front, and we were struggling with our defense untli the top of the 3rd (when we were actually able to hold them).

All in all, I’m happy with the 10-8 loss. The spread was much worse, and I liked that we were able to whittle down the difference to only two runs. We ended up playing only 6 innings, so there’s a part of me that wonders if we could have caught up with that extra inning. 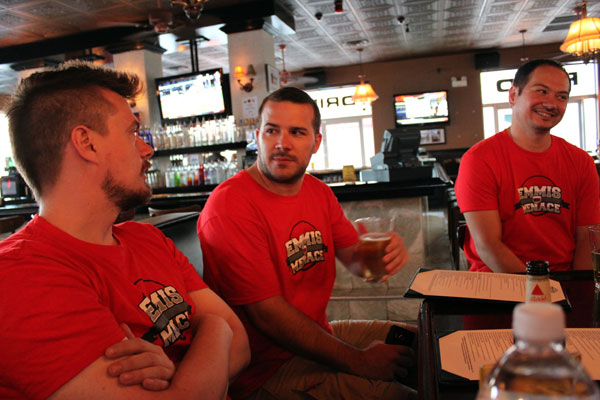 Post-game drinks at the bar, nearby. L to R it’s Justin, Tim and Laurence. 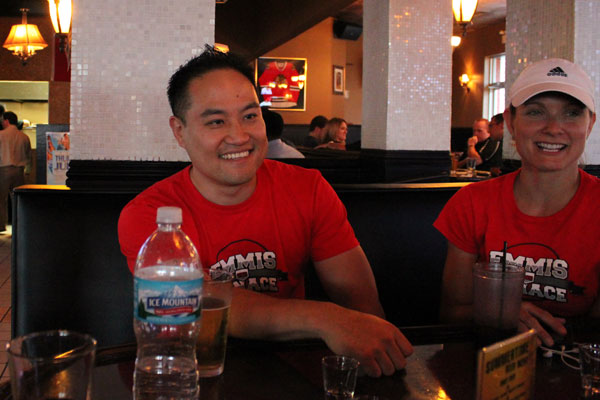 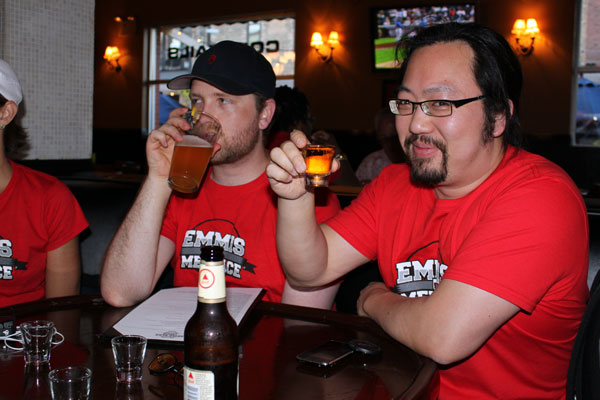 Chris and me. For whatever reason, I got into a groove where I just kept ordering shots. Anymore, I feel like a lightweight with drinking… but for some reason, I put down more than my usual. Counting the two pre-game shots we had, I think I drank a total of 6 or 7 shots over the course of the evening – which is a crapton for me. Kickball is quickly turning into a quick game, followed by a longer celebration (regardless of the outcome).

Not a bad pattern, if you ask me.