The AT&T Technician That Claims to Have Entered My Home 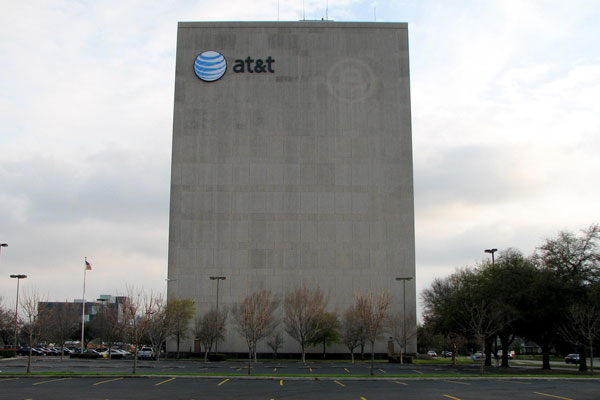 So I’ve been having some Internet problems the last few weeks. Once I got past the initial setup hurdle with AT&T, things have been running smoothly for over a year now. Until… a few weeks ago.

The issue I’m noticing is that my Internet connection drops, sporadically. While I’m surfing on my computer, at random intervals I simply lose connection. I’m able to remedy this by quitting out of AirPort, and then opening it right back up. In doing this, my computer re-acquires my home Network almost instantly… and I’m back in business.

The kicker of it is that this happens a few times every hour. I have some bursts where it’s stable, but this issue has become more and more frequent.

It happens on my computer, but it also happens on Liz’s computer (an iMac) as well. I also see it happening on all our mobile devices (we each have iPhones), as well as my PS3. Again, all these devices have been connecting to the home Network just fine, and these connectivity issues have only recently appeared.

I did a fair amount of testing on my own. I checked to ensure that whenever I saw my connection drop, the same thing happened on Liz’s computer. During moments when the issue occurred, I looked to make sure the router was showing green lights (it was). I also went so far as to connect a Laptop to the router directly, using an Ethernet cable. When the outage happened, I tested the laptop (and made sure it wasn’t using a wireless connection). I was able to browse the Internet with no problems on the laptop.

All these tests, in combination with the fact that the issue was being experienced on all of our mobile devices (five in total) led me to believe there was an issue with the router itself.

On calling back and running through the scenario again, I was told that the next step would be a technician visit. I tried to say that I felt it was a router issue, given all the tests I ran… but, fine. I scheduled an appointment for Friday, July 15th. I intentionally got the latest possible window so as not to miss work, and scheduled it for 4:00 – 8:00 PM.

By the time 8PM rolls around, I get a call saying that they needed to reschedule. I’m annoyed at this point, since I technically took time off of work for nothing, but apparently they were overbooked or something. So I get an appointment set up for the next day, Saturday, from 12 – 4PM. I’m also told that I’ll be put at the top of the window, since my appointment was missed.

A little after 12PM, I get a phone call from a technician who says he’s outside my apartment. I run through the scenario with him, and as we’re on the phone he says that the line looks to be good. But in the middle of our conversation, he says Oh wait, I’m seeing some errors here. Let me look into this. And so we hung up and I figured he was out there doing his thing.

Around 12:45PM, I called the guy back to see how things were going. When he answered, it sounded like he was sitting in a room somewhere, as I could hear other people in the background. I asked him if I could help him run any tests, and he pauses a moment… and says that I could run a speed test. He offers up no URL, but I’m familiar with speedtest.net and give that a go. When I tell him the speeds, he says that they look about right and that’s that. Given my conversation with him, I don’t think he would have called me back on his own. It seemed like he had simply moved on to the next thing, and never gave me an explanation or summary or anything beyond that initial phone call.

Fast forward to last night. I’m on the phone again, talking with yet another technician because the problem has returned. In passing, the tech is reading me out loud all the various calls she sees on my repot – the prior phone conversations and the technician visit. She mentions that the technician came inside and fatory reset my router.

I asked her to clarify, and she backtracks a little. It didn’t actually say on the report that the guy came inside, but because he was listed as an Indoor Tech, the only way he could have factory reset my router was to physically do so.

I told the tech that the report was absolutely false. First off, I never saw the guy – I just got a phone call. Additionally… I have a custom name for my home network. Had the technician reset everything, it would have made the router default to its factory name (usually a mix of letters and numbers like A35BW2I9). But all my devices, and my router, were using a custom name I had chosen.

In my mind, unless some additional information surfaces… I had two technician appointments, both of which never happened. And I’m still left with the same problems I had a few weeks ago, when I first started the ball rolling.

The woman on the phone recommended that the next step for me would be to replace the router. But because the router was out of warranty, I’d need to buy a new one. She was on the phone with another department, transferred me, and at that point… I found out that I needed to call back on Monday, to talk with the Sales department.

While on the phone with Tier 2, I asked for some more information about my technician visit. I verified that he was, indeed, an Indoor Tech and found out his employee ID (ET099R). I’m about to try to contact one of the AT&T folks who monitor Twitter, and see if I can’t figure out this issue once and for all.