Looking Back on My Visits to Hot Doug’s 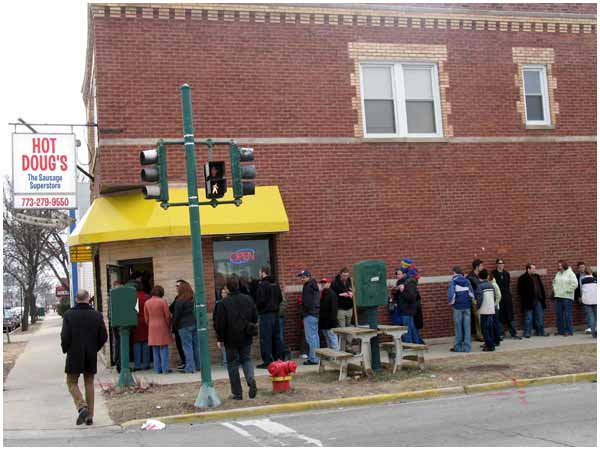 For those not familiar with this classic establishment, Hot Doug’s is Chicago’s “Sausage Superstore and Encased Meat Emporium.” Its menu is varied and contains all manner of deliciousness. On weekends, there’s a line of people spanning half a block filled with people waiting to enter the small, 45-seat establishment. Chef Anthony Bourdain loves the place.

And tomorrow, Hot Doug’s will be closings its doors for good.

In looking back over my prior visits, I realized I actually have a good number of photos. I wasn’t a die-hard regular, but I loved the place and it holds a special place in my heart (and stomach). Since I won’t be going there ever again, I figured posting up some photos would be as close as I could get.

These aren’t all the times I’ve visited Hot Doug’s, but the ones with at least one good photo of the food/interior. 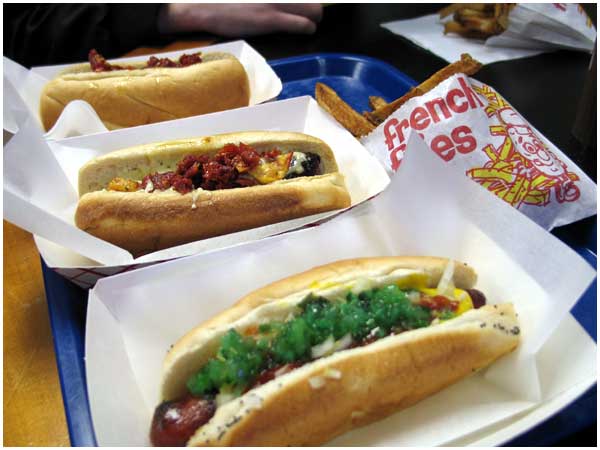 Hot Doug’s: May 12, 2005. There was a small window of time (about a month or two) where Justin, Ben, Chris and I all worked from home. The office was going through some renovation, and we all got to spend our days in our apartments. On more than one occasion, we made a lunch trek to Hot Doug’s. 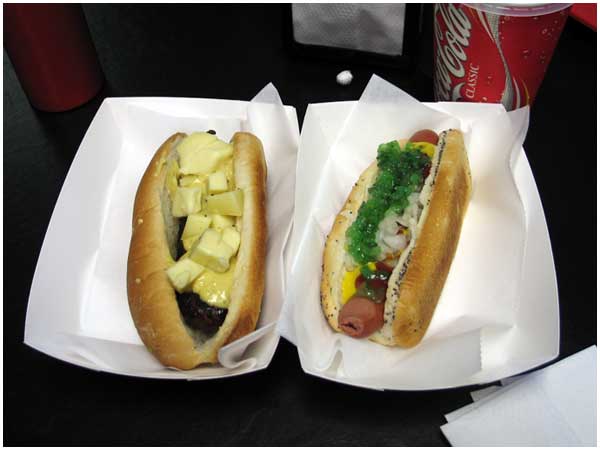 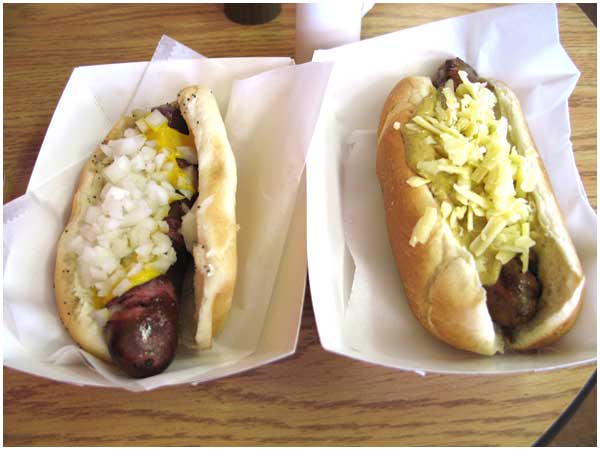 Hot Doug’s: July 7, 2006. Chris and I were working at his house, doing research for a video game we were making for a Prison Break promotion. 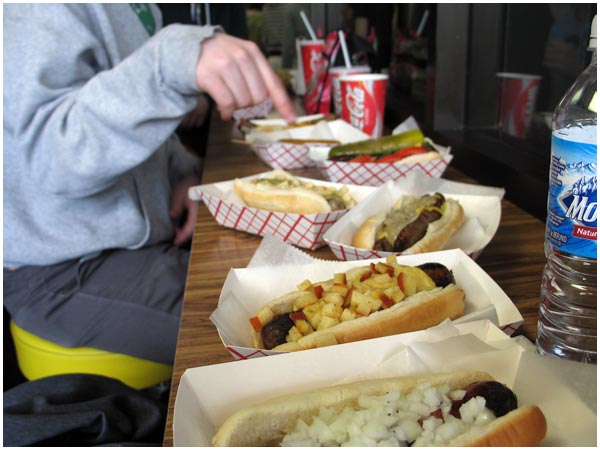 Hot Doug’s: May 5th, 2007. This was a huge day, as Liz and I moved into our first apartment together. This also marked our official move to Logan Square, where we would eventually spend the next six years of our lives together. No better way to celebrate our new neighborhood and digs than a lunch at Hot Doug’s. 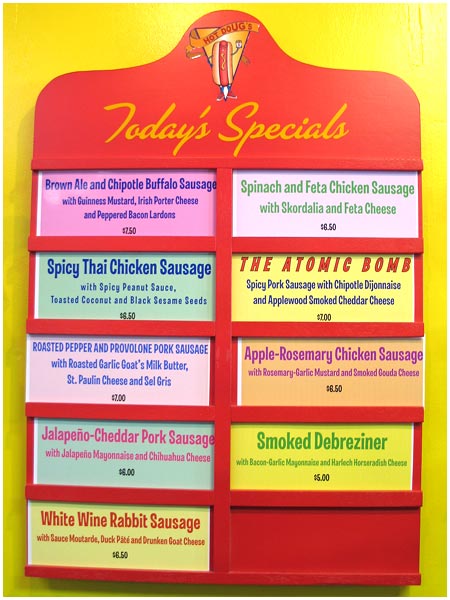 Hot Doug’s: March 28, 2008. Another visit with Liz. Despite being a proud parent of two bunny rabbits, I did end up eating the Rabbit sausage. Because I’m a complex guy like that. 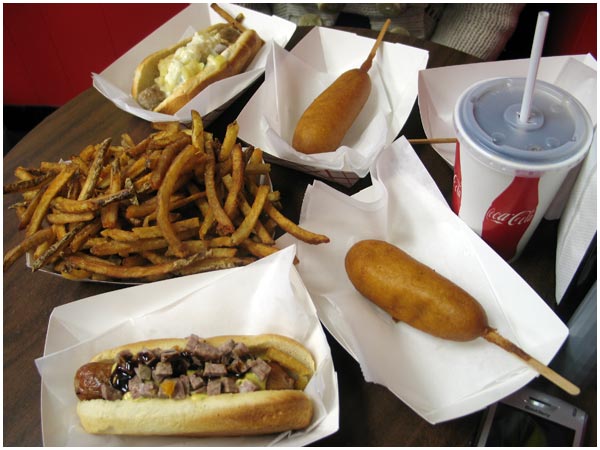 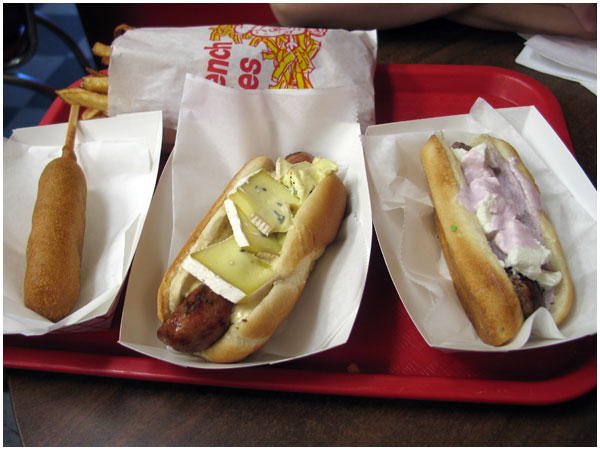 Hot Doug’s: October 18, 2010. This was a celebratory (and mostly consolation) lunch, as previously… I had been a finalist for the Month at the Museum Contest, sponsored by the Museum of Science and Industry.

I didn’t end up winning, but ended up exploring the museum with Liz after the big press event. When we were done, Hot Doug’s was where we went to celebrate.

———
So long, Hot Doug’s. You really were quite the singular Chicago spot, and I wonder if we’ll see your like again anytime soon. Thanks for all the memories, and thanks especially for all the food.

For more information on the restaurant and its owner, check out Hot Doug’s: The Exit Interview.