This morning, Liz and I hopped in the car and headed out to Valpo in the early morning. Our goalw was to help Julie and Bob move around some furniture and boxes, getting things relocated from the basement to the upstairs – now that their floors are done.

While near their house in Valparaiso, we were going down a small road when Liz yelled “Look out for that animal!”

As we got a bit closer, she yelled out “It’s a chicken!” 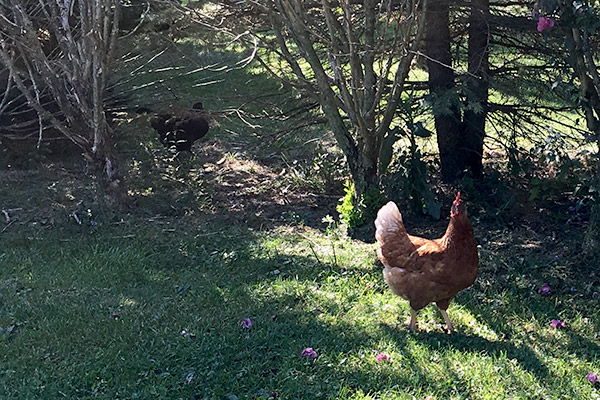 As we slowed to pass them (and to take some photos), Liz told me that they were responding to her when she called out to them. 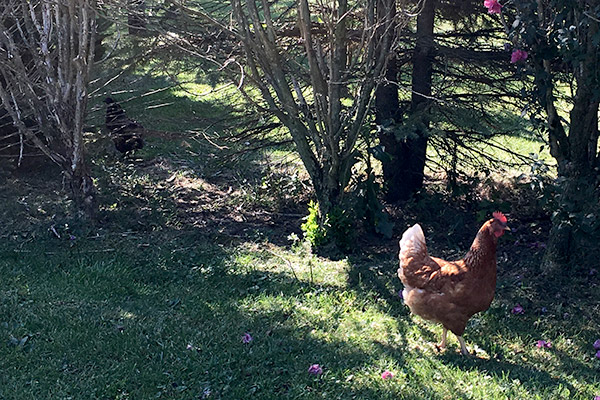 But… they also kind of lost interest, quickly.

The spot where the chickens were in the road was also a place that offered up “Fresh Eggs.” Liz made plans to return here with her mom, later in the day… and we continued on our way. 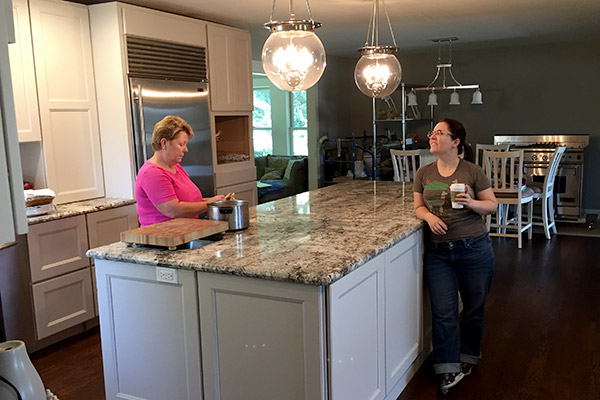 In the kitchen, drinking up our coffee while Julie prepped some chicken salad for lunch. We were all marveling at the new countertop, along with all the new light fixtures. The house in Valpo is really shaping up!

For comparison, take a look at some of the photos from January. 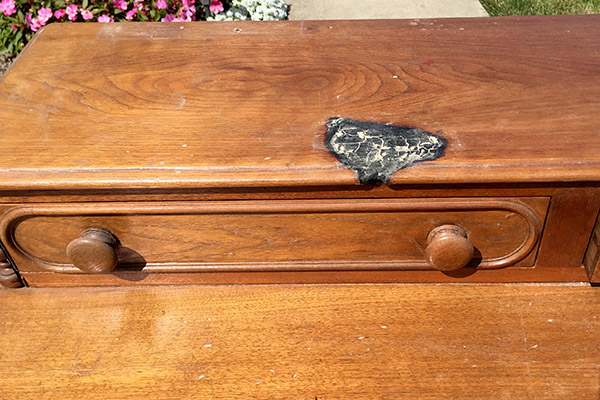 While moving some furniture pieces out of the garage with Bob, I saw this piece. Thinking of Tricia. 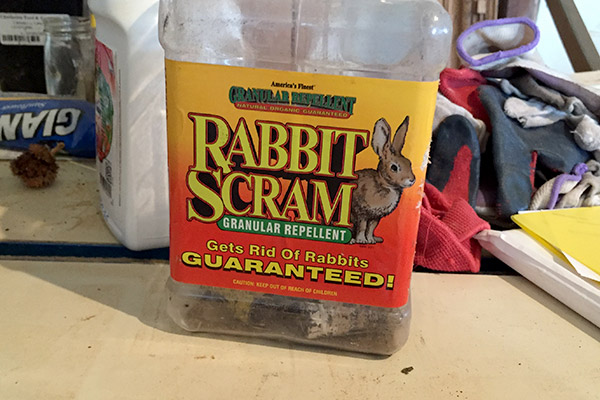 We have a box of treats that does the opposite thing, in our house. 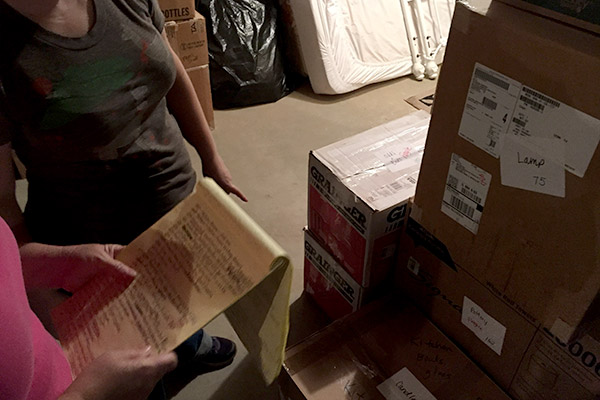 Julie and Liz, looking over Julie’s packing list – trying to determine what to move up next.

Overheard: Why do I have so many champagne buckets? 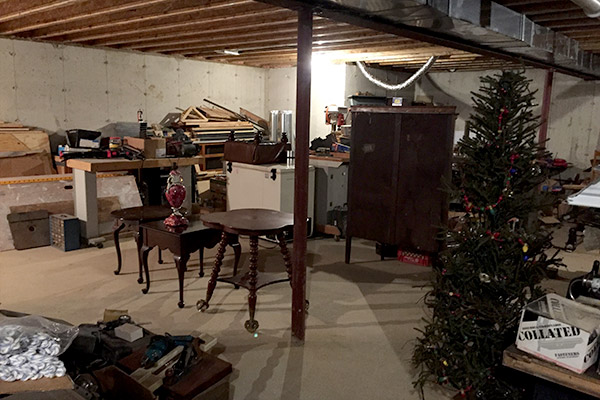 The basement, after several large furniture pieces had been moved upstairs. 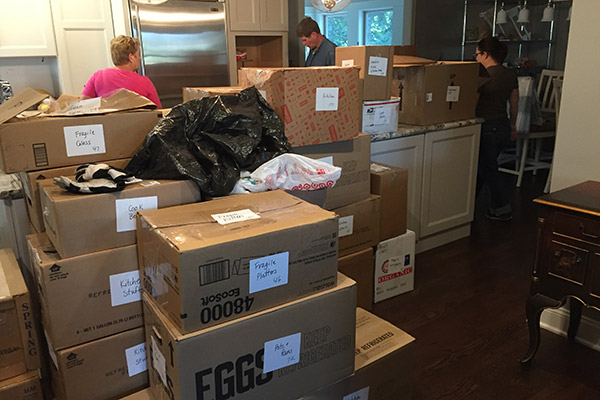 Back in the kitchen, with a lot more boxes. Bob and I did a run with the truck, with all four of us doing a fireman line to get the boxes in the front door. But while I was working with Bob in the garage, Liz walked a ton of boxes up the stairs, herself. 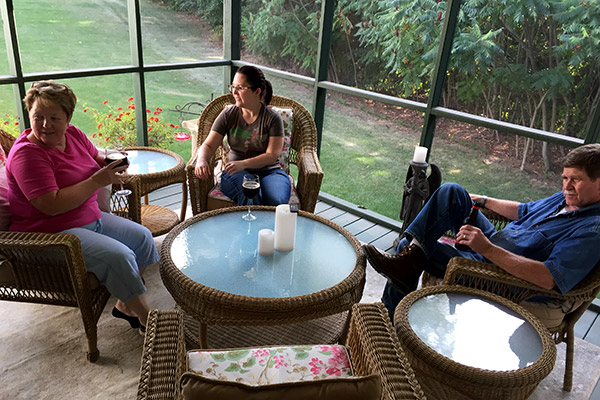 Late afternoon, with all the boxes and furniture moved. We spent a lot of time talking about house plans and “rewards” for hitting certain milestones, for each of our houses. There are tentative plans for a February getaway/vacation. 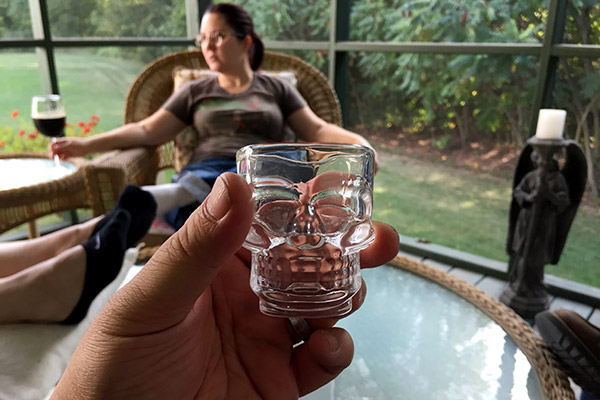 I got to sip a little Romanian moonshine, which Bob had gotten courtesy of his tile/floor guy. 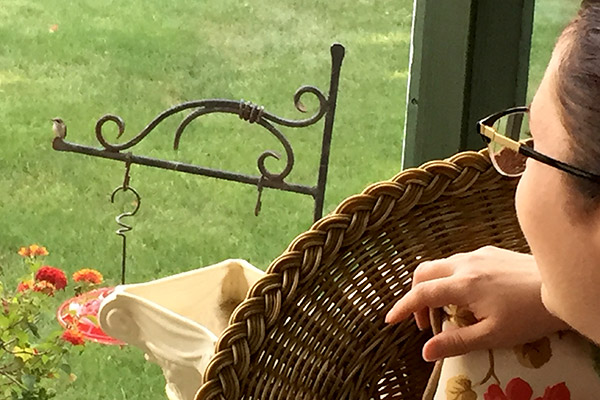 Liz, checking out a hummingbird outside. 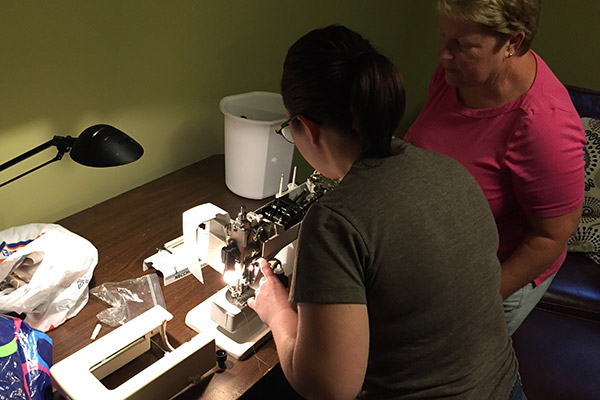 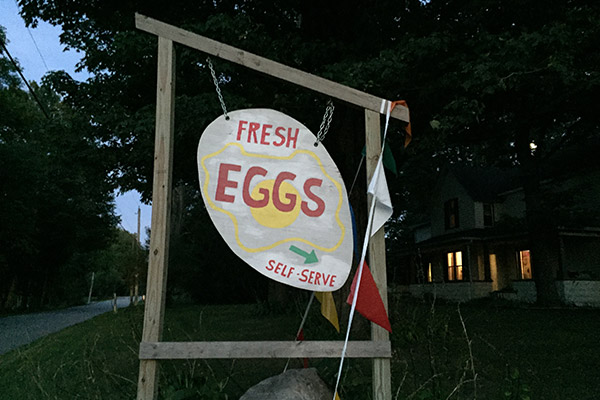 On our way home, we stopped off at the house where we had seen the chickens in the road. The sign to their driveway said “self-serve,” but it still felt weird to just pull up, unannounced. 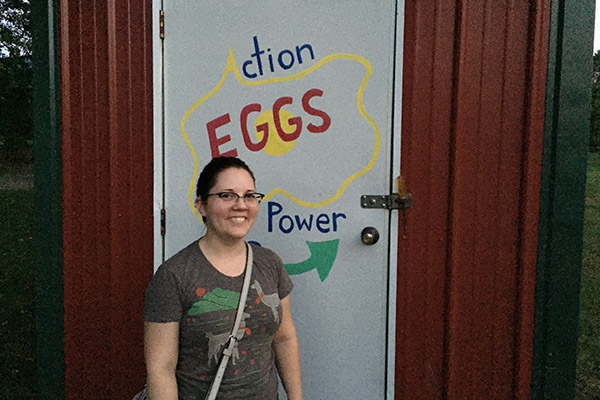 Next to the road, there was this small shack. Action eggs! 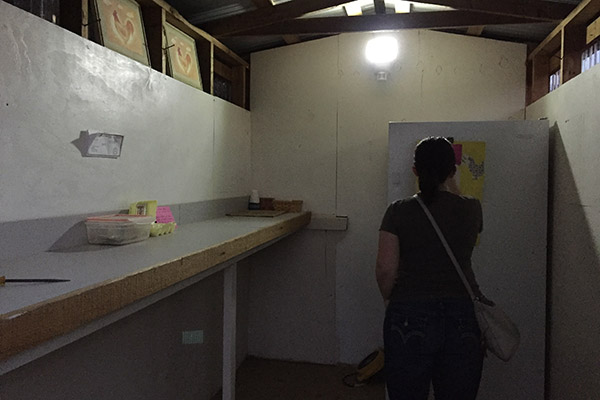 Inside, there were some instructions on the shelf – along with info on the refrigerator door. There was a small tupperware container for money, and the whole setup was on the honor system. 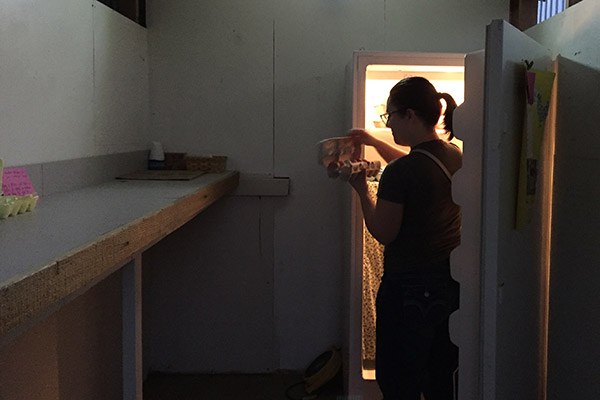 Liz, checking out some eggs. 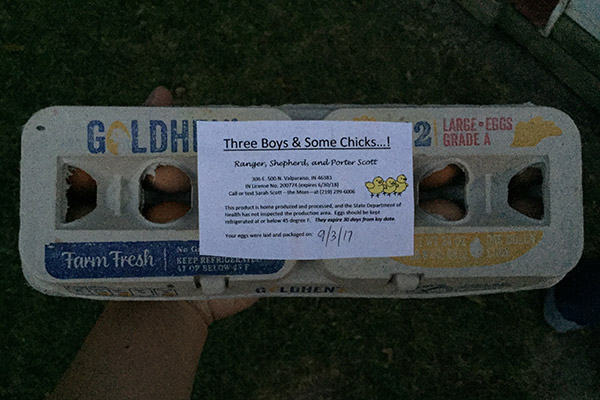 Three Boys and Some Chicks! The eggs were laid and packaged the same day.

I wonder if any of our eggs were laid by the chickens we met, earlier.

bobchickenjulielizvalparaiso
« A Day in the Basement
Phineas, King of the Hay »